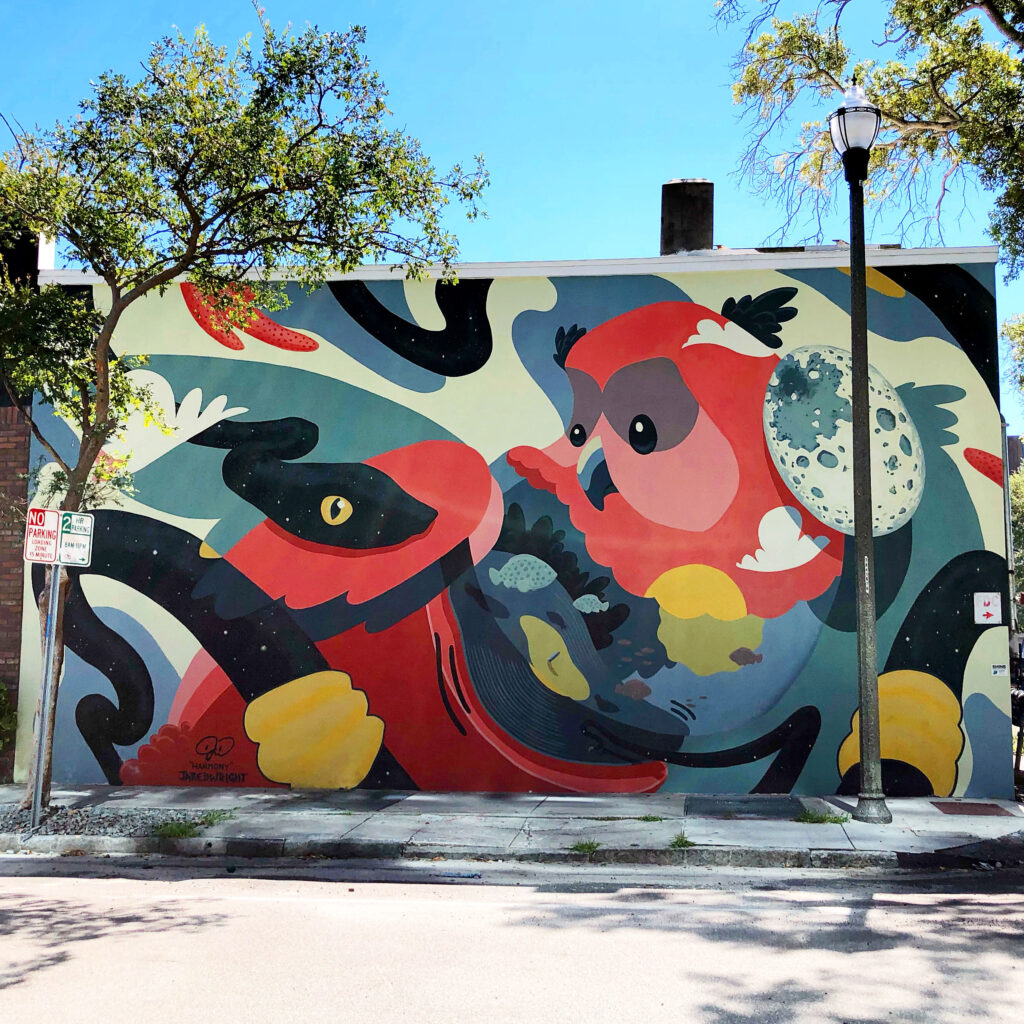 This song is from Automatic’s 2022 album Excess. Automatic are playing at The Regent Theater in Los Angeles on 8/6/22 with special guest Escape-ism. 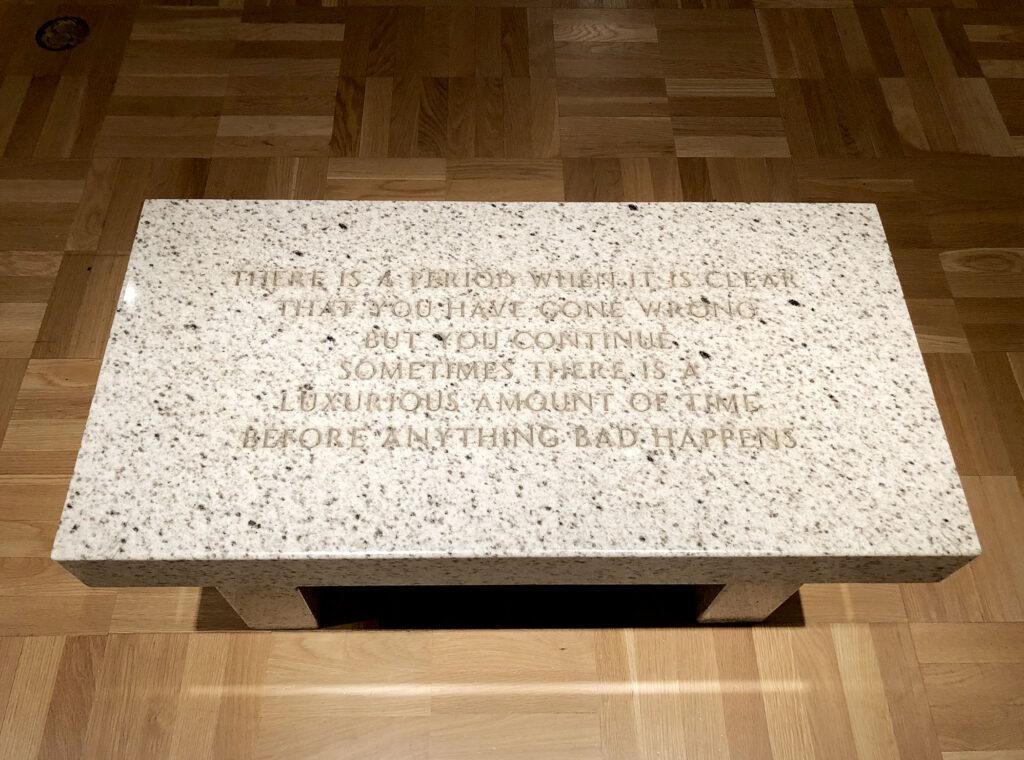 “THERE IS A PERIOD WHEN IT IS CLEAR THAT YOU HAVE GONE WRONG BUT YOU CONTINUE. SOMETIMES THERE IS A LUXURIOUS AMOUNT OF TIME BEFORE ANYTHING BAD HAPPENS.”

This 1989 sculpture by Jenny Holzer is part of the permanent collection at Santa Barbara Museum of Art. 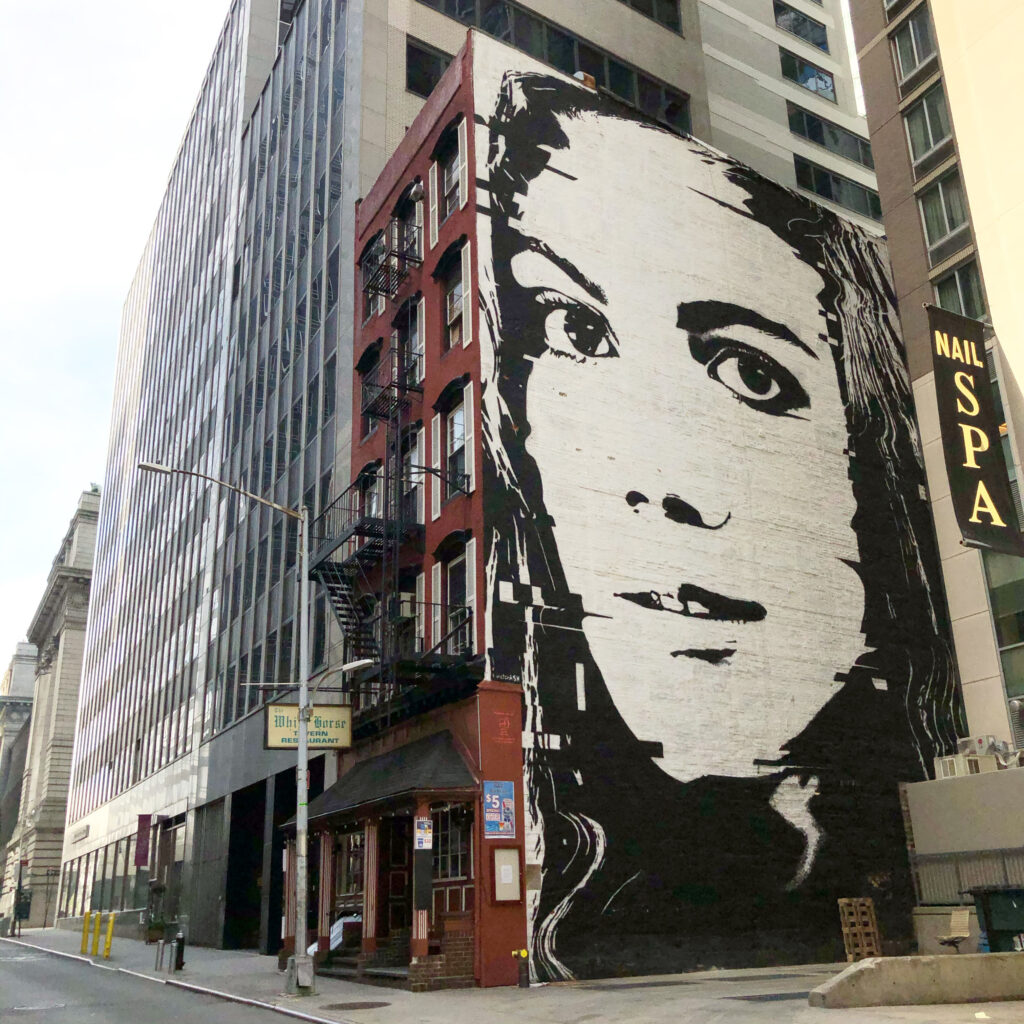 Every month I listen to the majority of bands/singers/musicians/artists who are playing in Los Angeles and select some for a monthly playlist. It includes a variety of genres and usually newer work by the artist.

This month includes the above song by J.Rocc, from his new album A Wonderful Letter, his love letter to Los Angeles. For more about the project, check out this interview with him here. 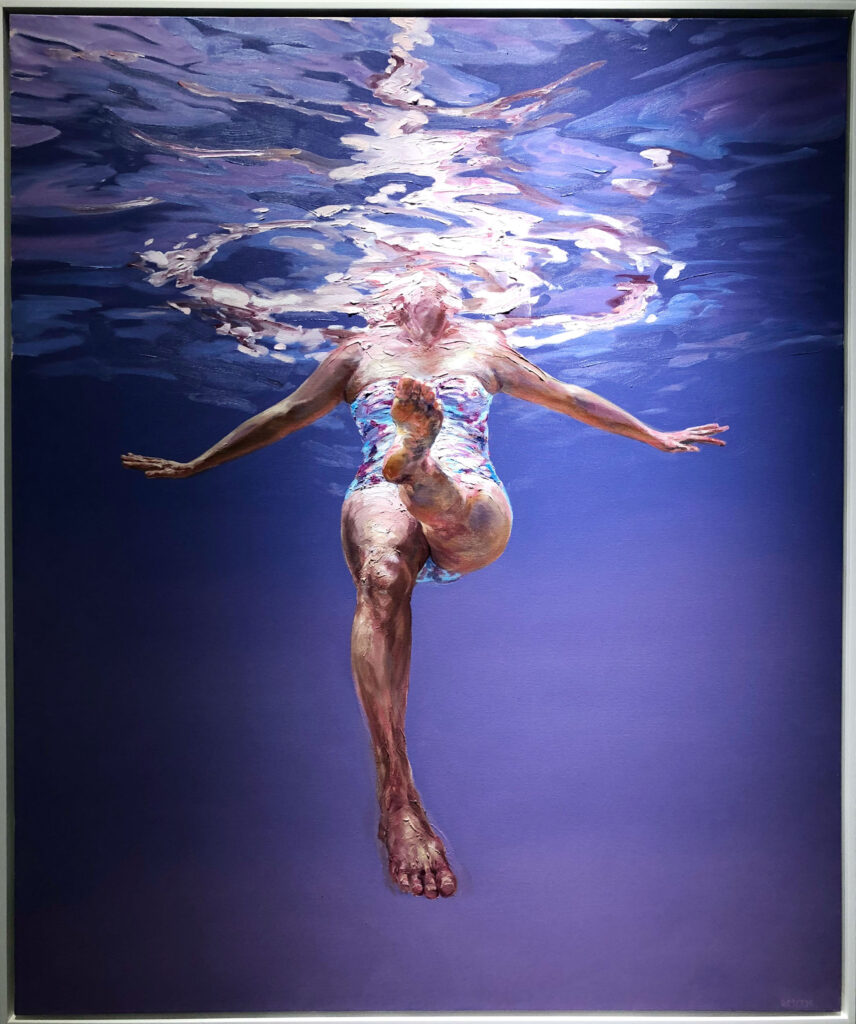 Buoyant, by Canadian artist Vicki Smith, from a 2018 exhibition at Bau-Xi Gallery in Vancouver. Smith is currently in the two person show Swimmers with photographer Joshua Jensen-Nagle at Pendulum Gallery. 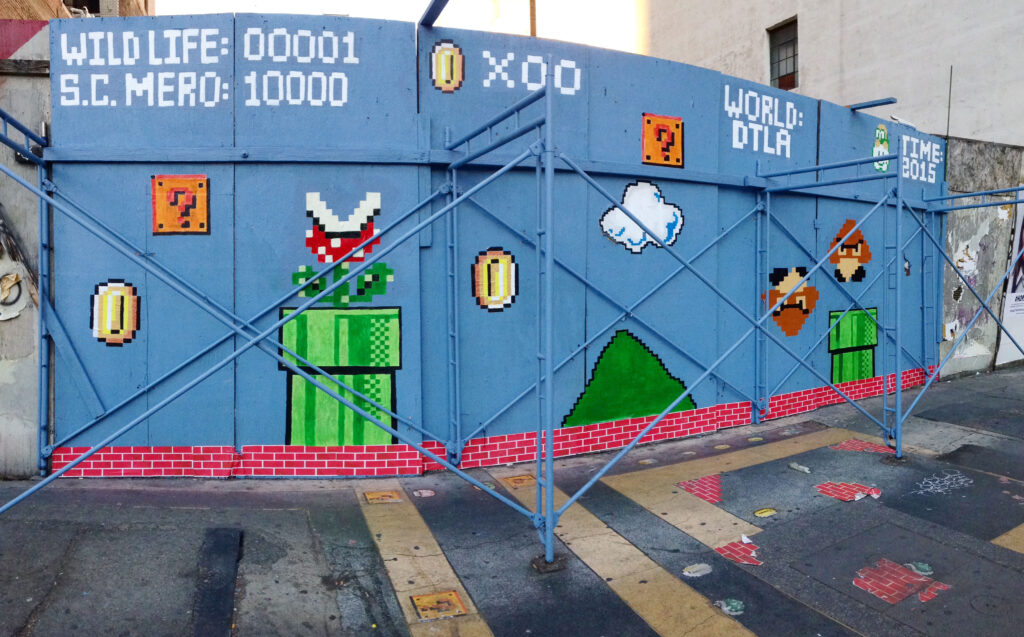 Going back to 2015 for this mural by Wildlife and S.C. Mero, who still create work in the area. Also check out Mero’s other page, where she highlights neighborhood (DTLA) events, people and art- including work by Wildlife.

Lael Neale- For No One For Now

This song is from Lael Neale’s 2021 album Acquainted With Night. She is playing a free show tonight (7/25/22) at Zebulon in Los Angeles with Paint and Matt Baldwin. RSVP here. 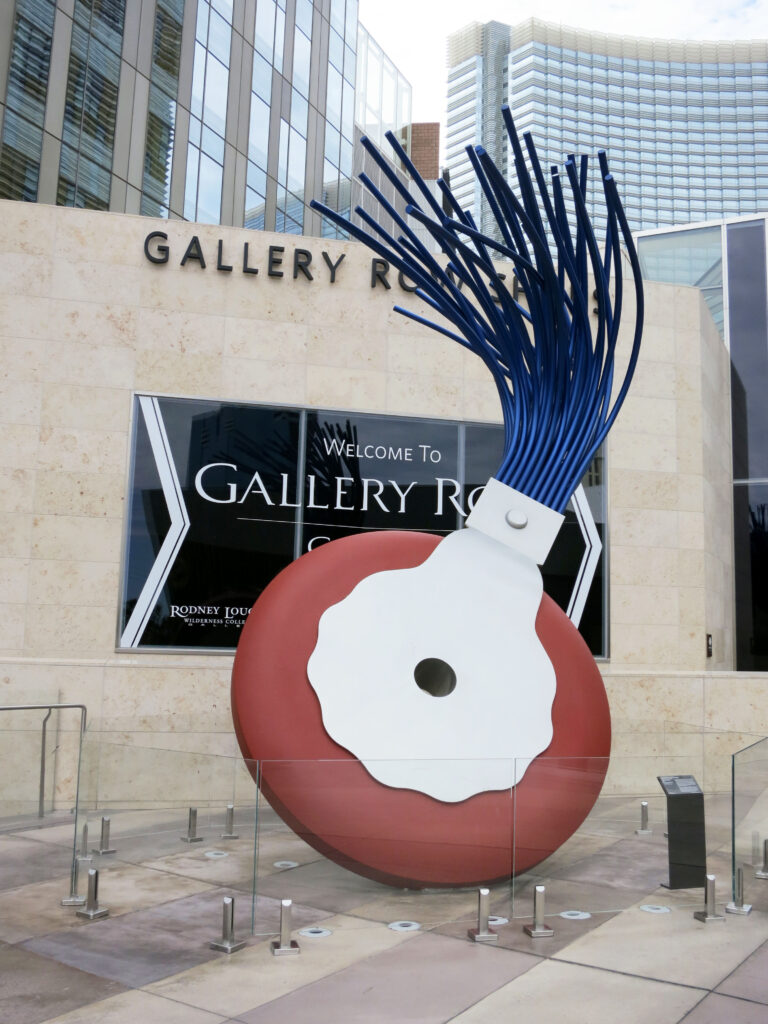 Artist Claes Oldenburg passed away this week at the age of 93. He was most famous for his large scale sculptures of everyday objects, many of which were produced with his wife Coosje van Bruggen, who passed away in 2009.

While primarily working in sculpture, early in his career in the 1960s he also created “happenings”- theatrical art related performances and collaborations with other artists in his circle. In 1985 he returned to performance and along with van Bruggen, architect Frank Gehry, and writer Germano Celant presented Il Corso del Coltello (The Course of the Knife) in Venice, Italy. In 2021, Pace Gallery in NYC, as part of the two gallery exhibition Claus & Coosje, showed work from this performance, pictured below.

This ambitious event involved the creation and embarkation of a sea-worthy sculpture in the shape of a giant Swiss army knife. With oars protruding from its red-enameled hull as if from a Viking longship, the image of Oldenburg and van Bruggen’s Knife Ship sailing the Grand Canal has become iconic, while the massive kinetic sculpture was later shown in the rotunda of the Guggenheim Museum in New York, at the Centre Pompidou in Paris, and finally at the Museum of Contemporary Art, Los Angeles. 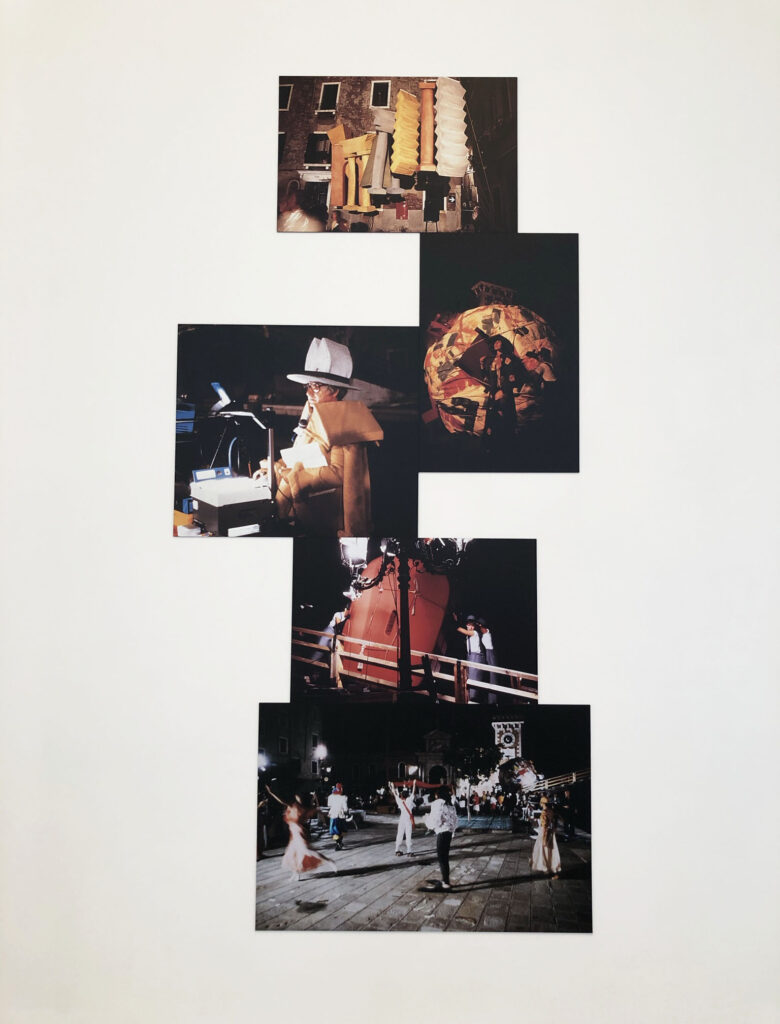 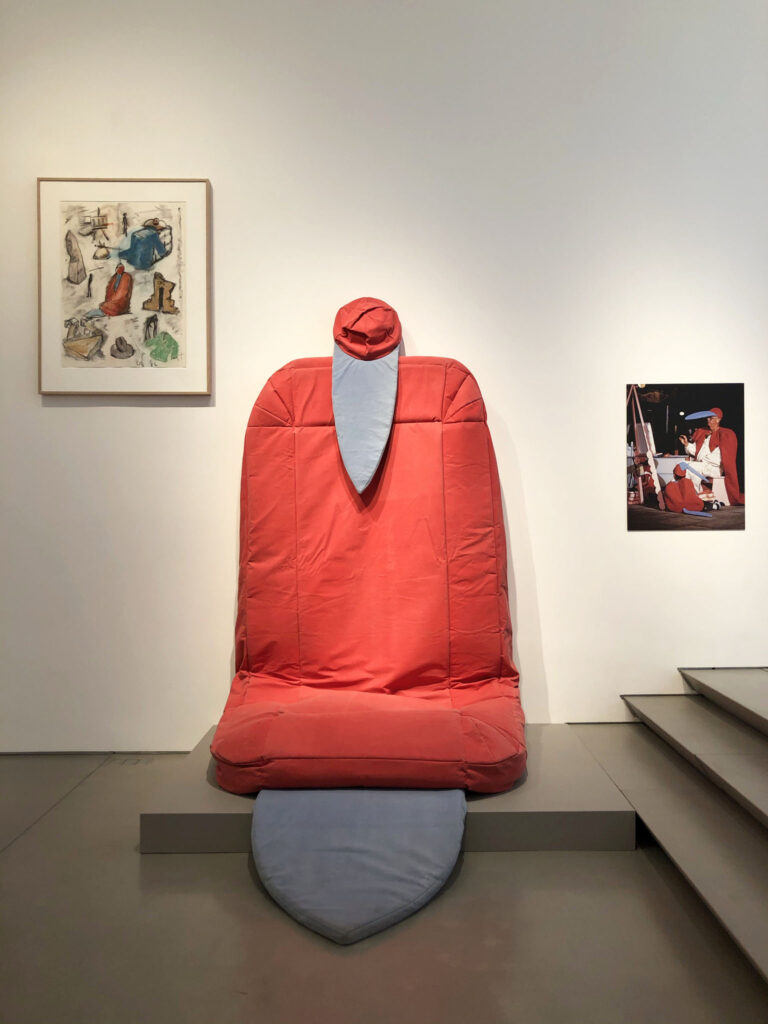 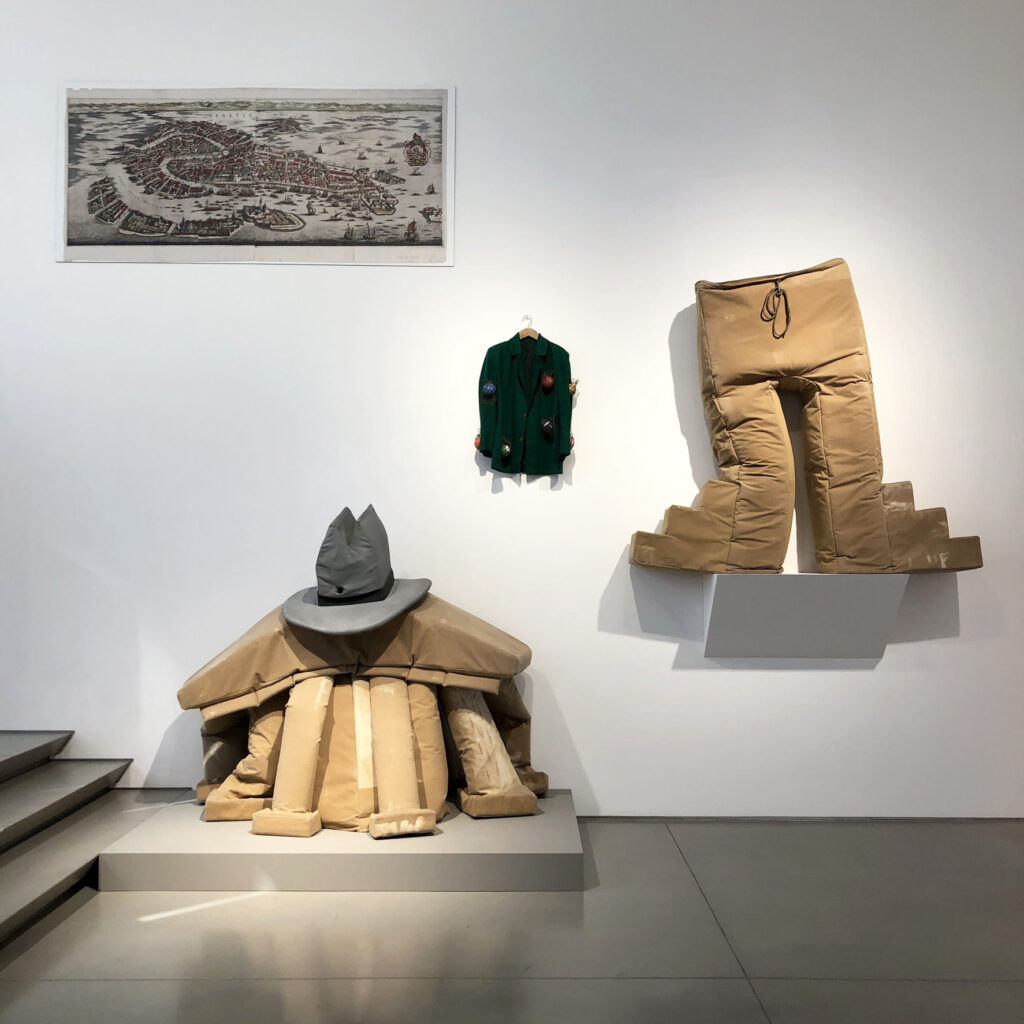 With so much of Oldenburg’s work, the examination of the ordinary object engages the viewer with what they might previously taken for granted and gives them a chance to look again with new eyes. There is also something lighthearted and fun, as well as investigative, about his body of work. 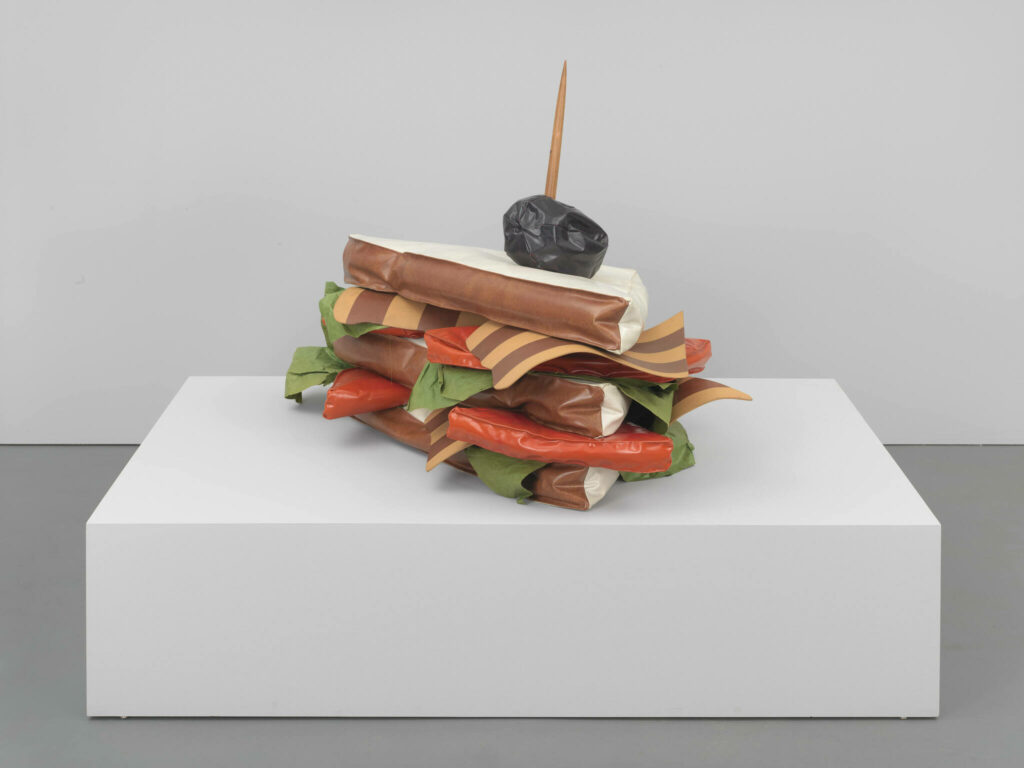 The Whitney Museum has a video showing the process of assembling his soft sculpture Giant BLT (Bacon, Lettuce, and Tomato Sandwich) 1963, which involves putting the sandwich together piece by piece.

For more on Oldenburg, MoMA has a tribute that includes the words of people who knew him as well as his own. His 1961 artist statement is wonderful and worth reading in its entirety, here is the opening section-

I am for an artist who vanishes, turning up in a white cap painting signs or hallways.

The Guardian’s obituary is also worth a read for more information on the artist’s history.