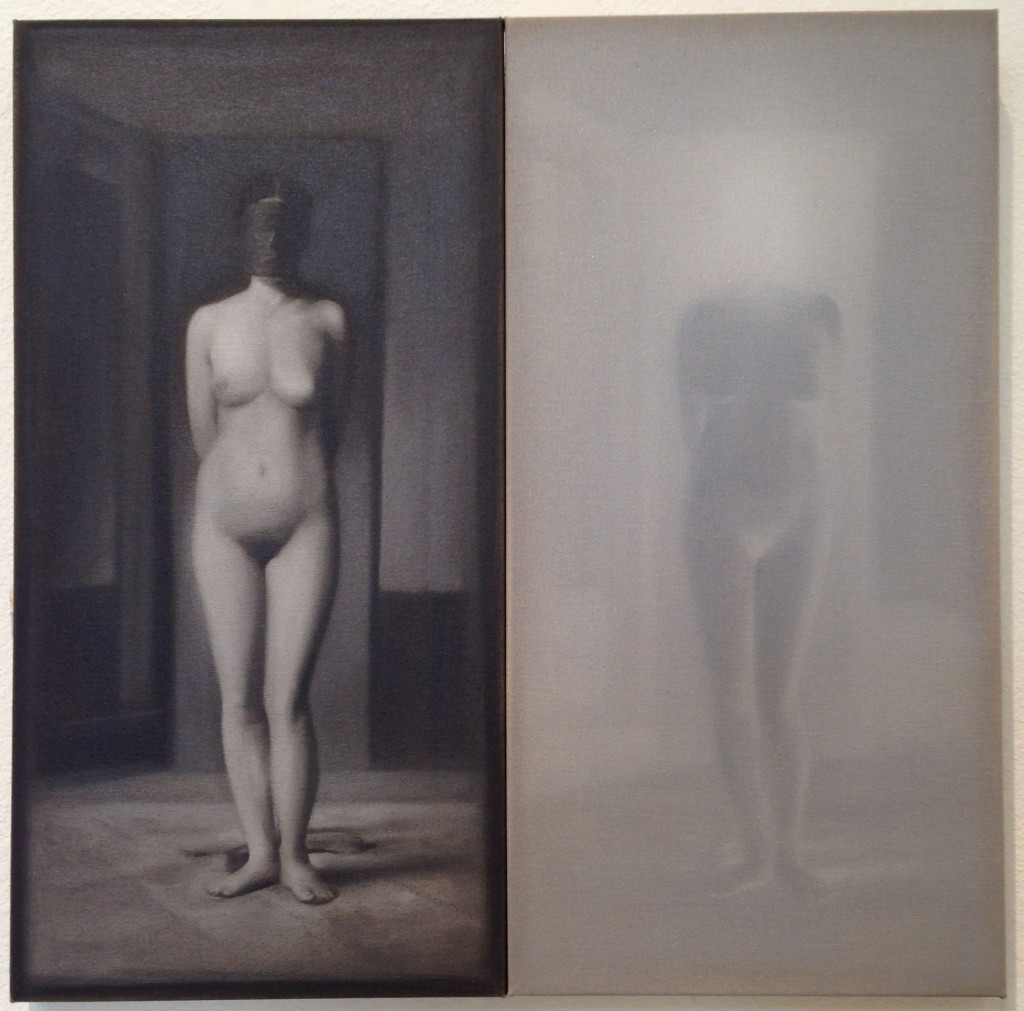 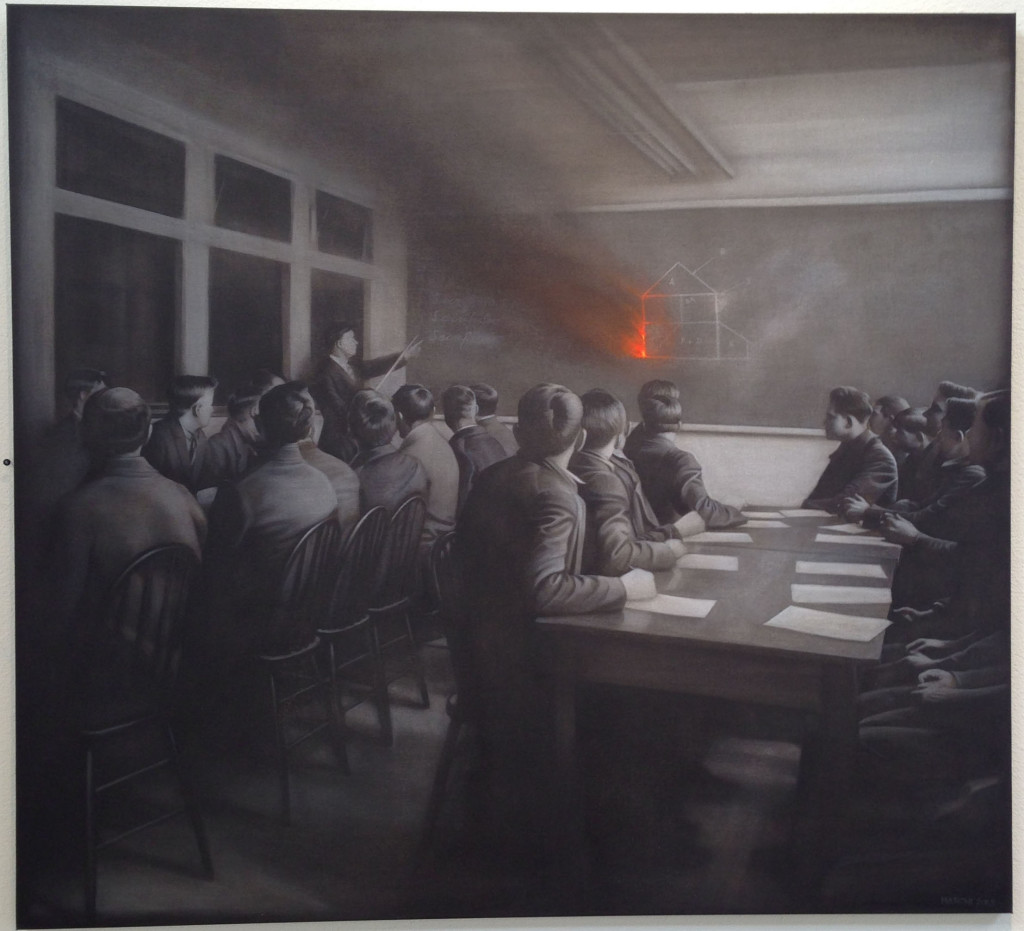 Currently part of a group show at Latin American Masters, artist José Alberto Marchi’s work stands out. Influenced by photography, in particular the work of Thomas Eakins, many of Marchi’s paintings like the nude shown above, are presented as both a positive and negative image. In others, the images seem to be materializing from the canvas the way a photo would from developing chemicals.

In addition to these works are some from his most recent show at the gallery, Sacrificio. The series was inspired by the final scene of Andrei Tarkovsky’s film The Sacrifice, in which the protagonist burns his house down to save the world. The late 19th and early 20th century people from his previous paintings, are now in new situations forcing them to react to a fire, the only color within the canvas. It is up to the viewer to interpret what the sacrifice, in this context, may be.