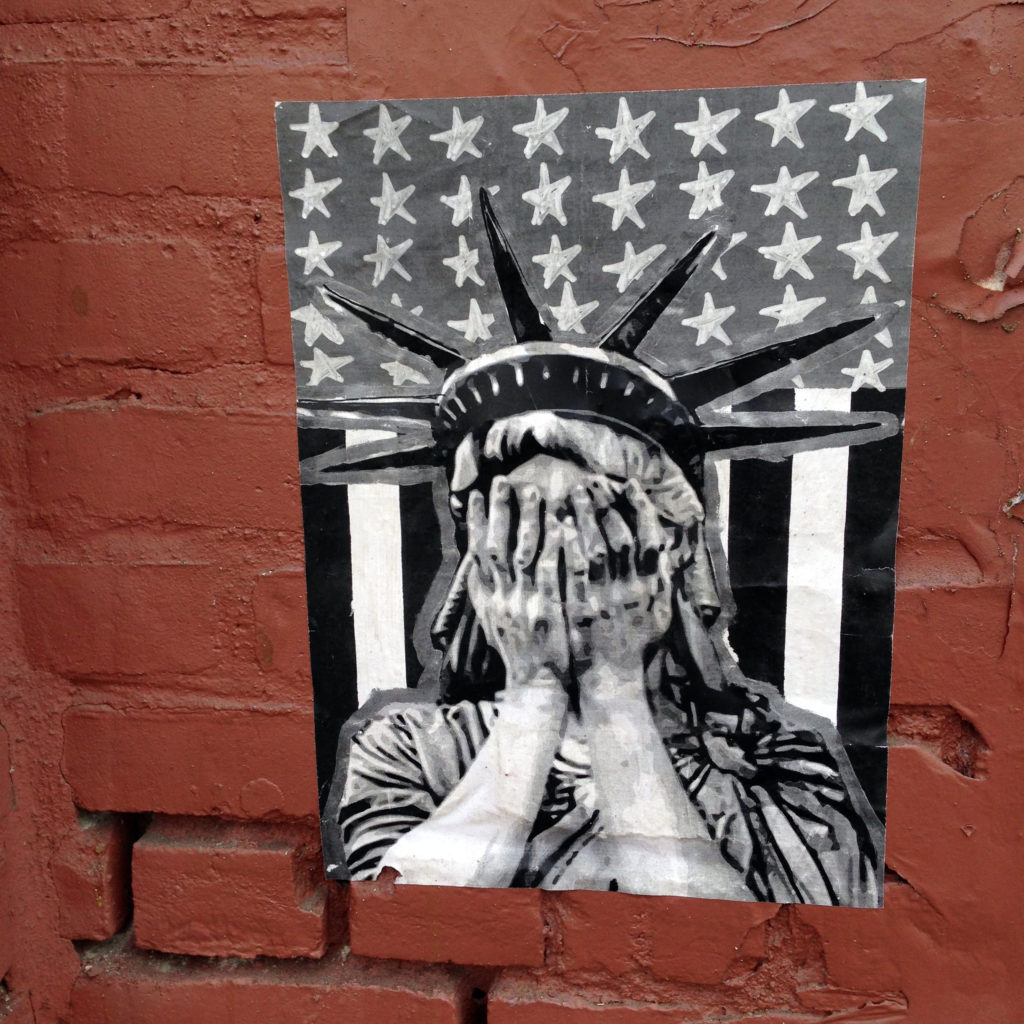 This image is one of LA street artist Killyrslf’s versions of Gee Vaucher’s “Oh America“, which was created in 1989 and used for the cover of an album by the group Tackhead. It was just recently used for the cover of British newspaper the Daily Mirror’s November 10th issue, which highlighted the results of the 2016 American election. For more information on the choice of the image by the paper and the artist herself (and her first major retrospective exhibition on now in Essex) check out this article.