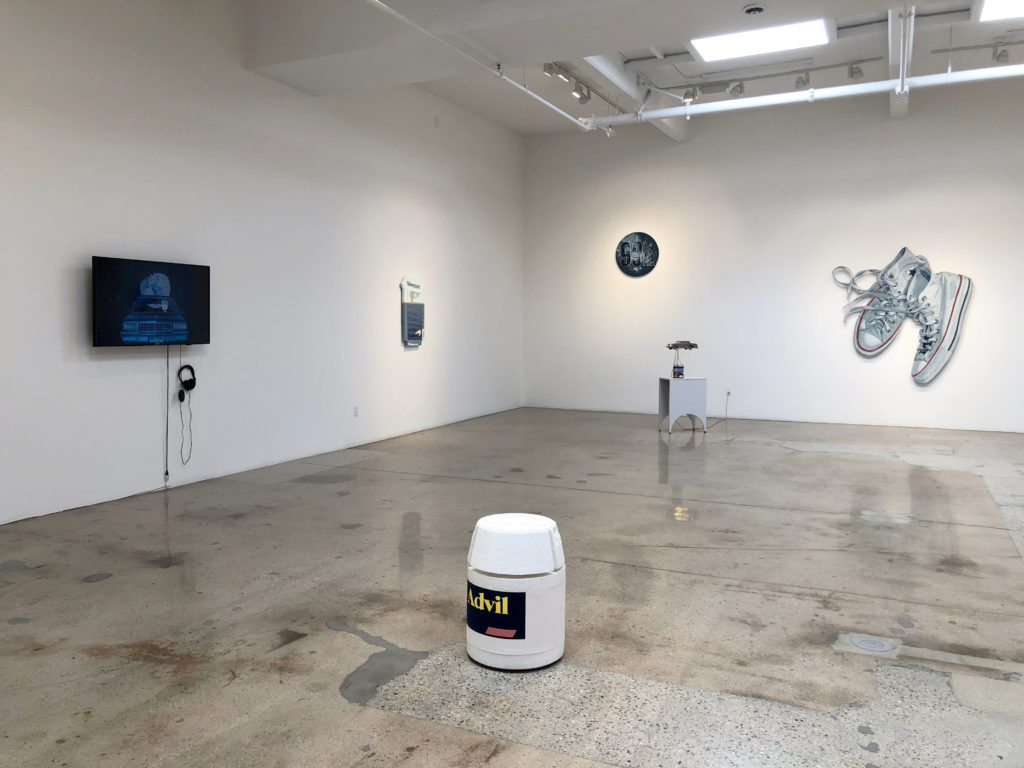 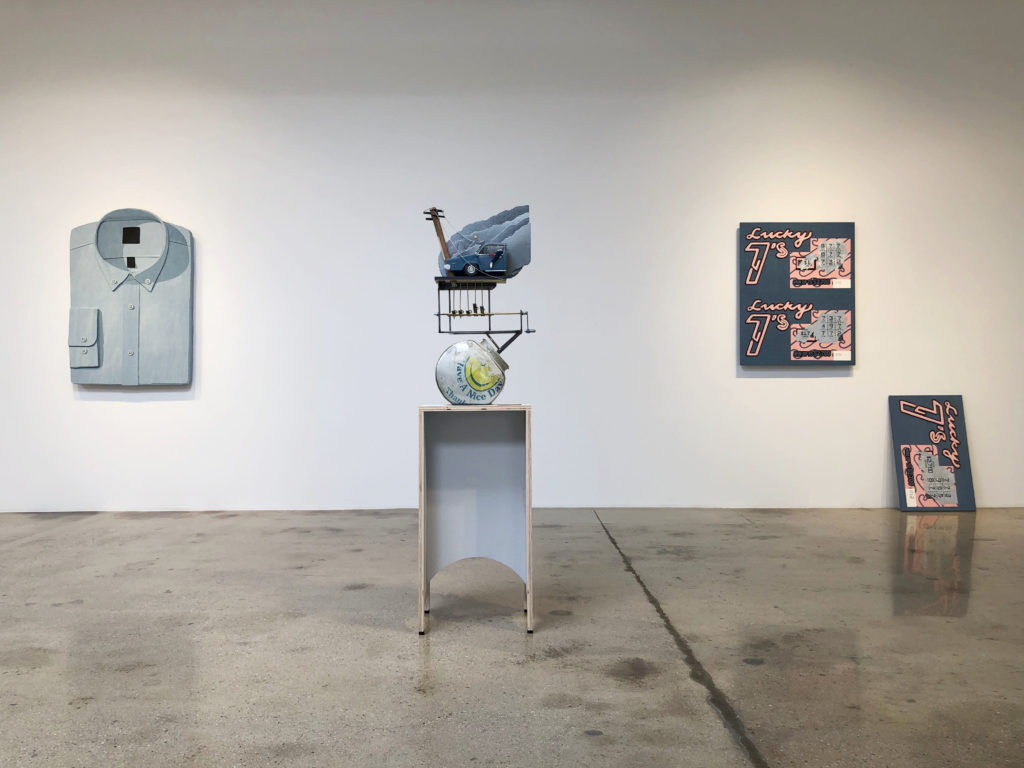 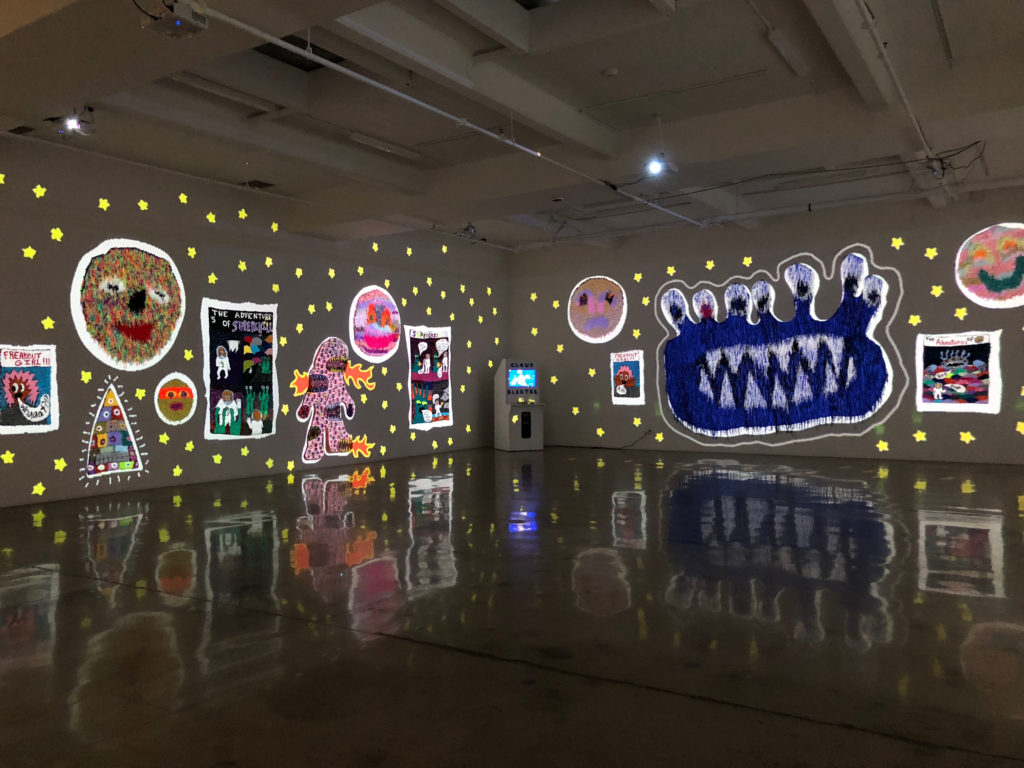 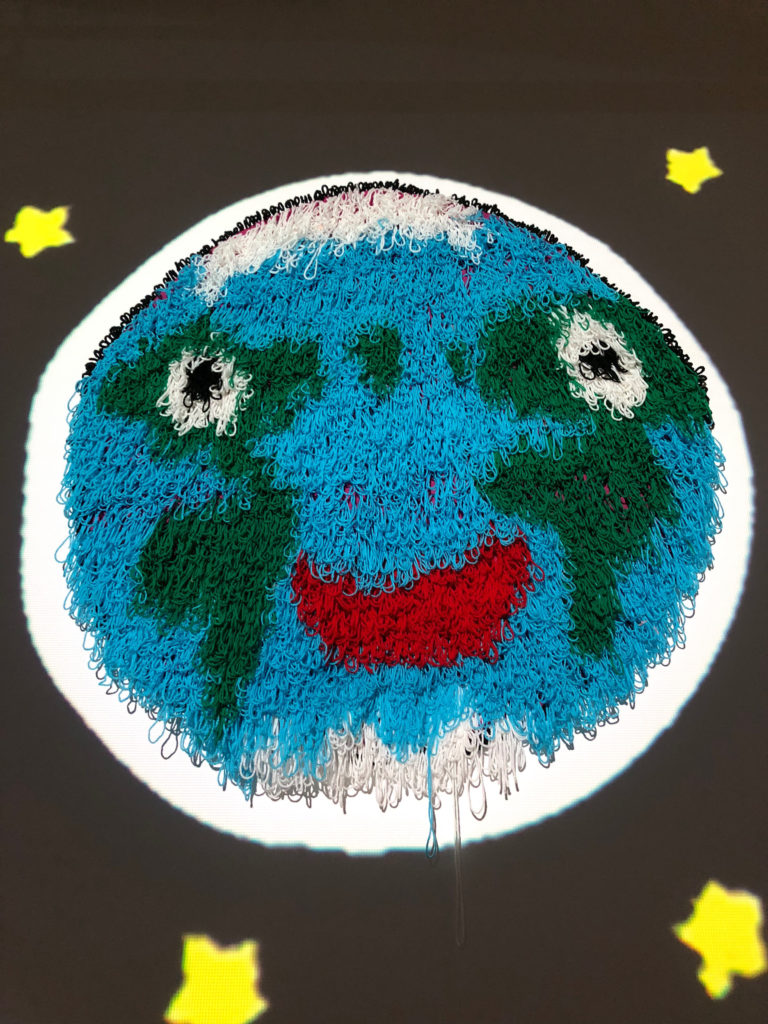 While we are living in a time where anxiety is prevalent, it’s nice to imagine being as calm as Superchill, the title character of Hannah Epstein’s comic strip, and star of her exhibition Do You Want A Free Trip To Outer Space? at Steve Turner gallery. The show combines hooked rugs, video animation, and a video game that you can play, all creating a fun little world to inhabit for awhile.

Also in the gallery’s other rooms are Jamie Felton’s painting show Parts from an Oyster and Paige Jiyoung Moon’s paintings for Days of Our Lives.

Nearby at Regen Projects is Glenn Ligon’s exhibition of new work, Untitled (America)/Debris Field/Synecdoche/Notes for a Poem on the Third World.

Over the years, Ligon has created neon sculptures that illuminate various phrases or words in charged and animated ways. Notes for a Poem on the Third World, Ligon’s first figurative sculpture, is comprised of a large neon based on a tracing of the artist’s hands that takes its inspiration from an unrealized film project by Pier Paolo Pasolini that was to be shot in India, Africa, the Arab countries, Latin America, and the “black ghettoes of the United States.” Pasolini claimed that it was the “discovery of the elsewhere” that drove his identification with the struggles of non-Western peoples and people on the margins of the West. Ligon’s neon, with its ambiguous gesture of greeting, protest, or surrender, is the first of a series of works inspired by Pasolini’s project.

Also featured in the exhibition is Untitled (America), 2018, a black-painted red neon in which the word “America” is displayed upside down, and Synecdoche (For Byron Kim), a neon showing the date of the next presidential election that will be lit on that day. 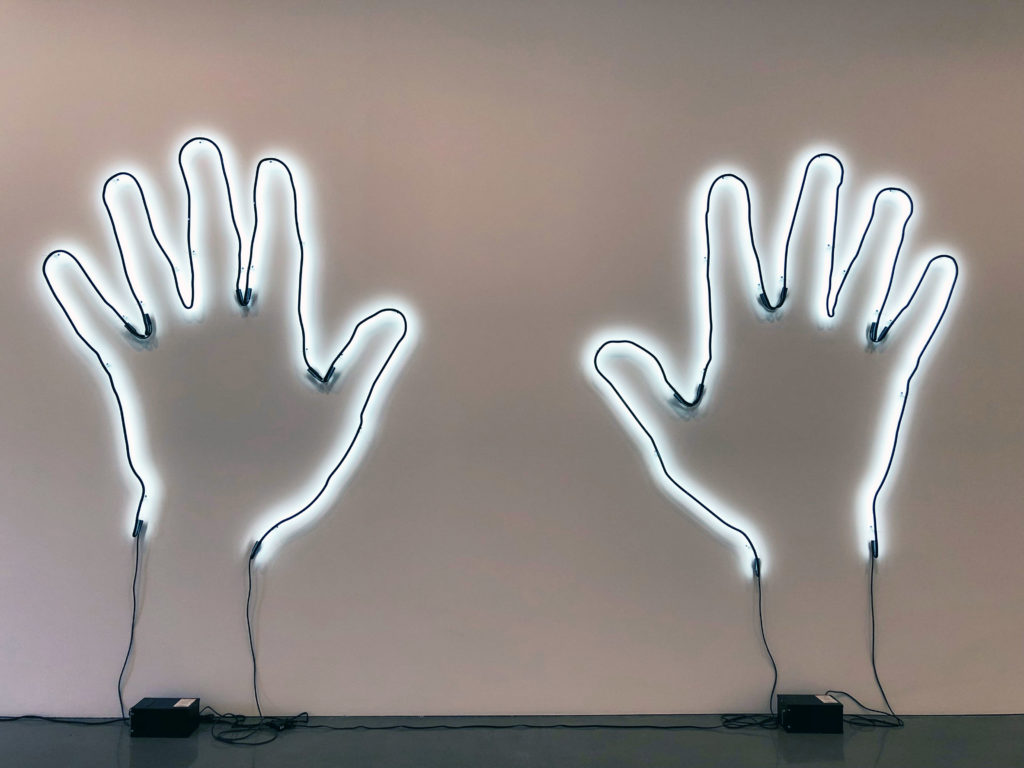