Deap Vally- Bad For My Body

MOCA Grand Ave is free tonight and is also having a panel discussion presented with Zocalo Public Square tonight titled Were the ’90s L.A.’s Golden Age?

Also in the area, REDCAT is having a free screening of student work from the CalArts School of Film/Video (on Friday and Saturday evening as well)

Iggy Pop is playing at The Greek Theatre with the lineup from his new album, Post Pop Depression, that includes Josh Homme, Troy Van Leeuwen and Dean Fertita(Queens of the Stone Age), Matt Helders (Arctic Monkeys) and Matt Sweeney

Melissa Brooks and The Aquadolls are playing at the Teragram Ballroom with Summer Twins, So Many Wizards, and Jurassic Shark

Photo Independent returns to Raleigh Studios with lots of good programming in addition to the exhibitors. ($15 or discounted tickets on Goldstar)

The Regent Theater is having Dance in A Panic, a monthly “British Style Rock N’ Roll dance party”. For this one, Deap Vally, Le Butcherettes & KAV will be performing and Andy Rourke of The Smiths will DJ

HOLYCHILD, Reggie Watts, Theophilus London, Mayer Hawthorne, and Fortpolio are all performing at the Teragram Ballroom for Berniebash, with all proceeds going to the Bernie Sanders campaign 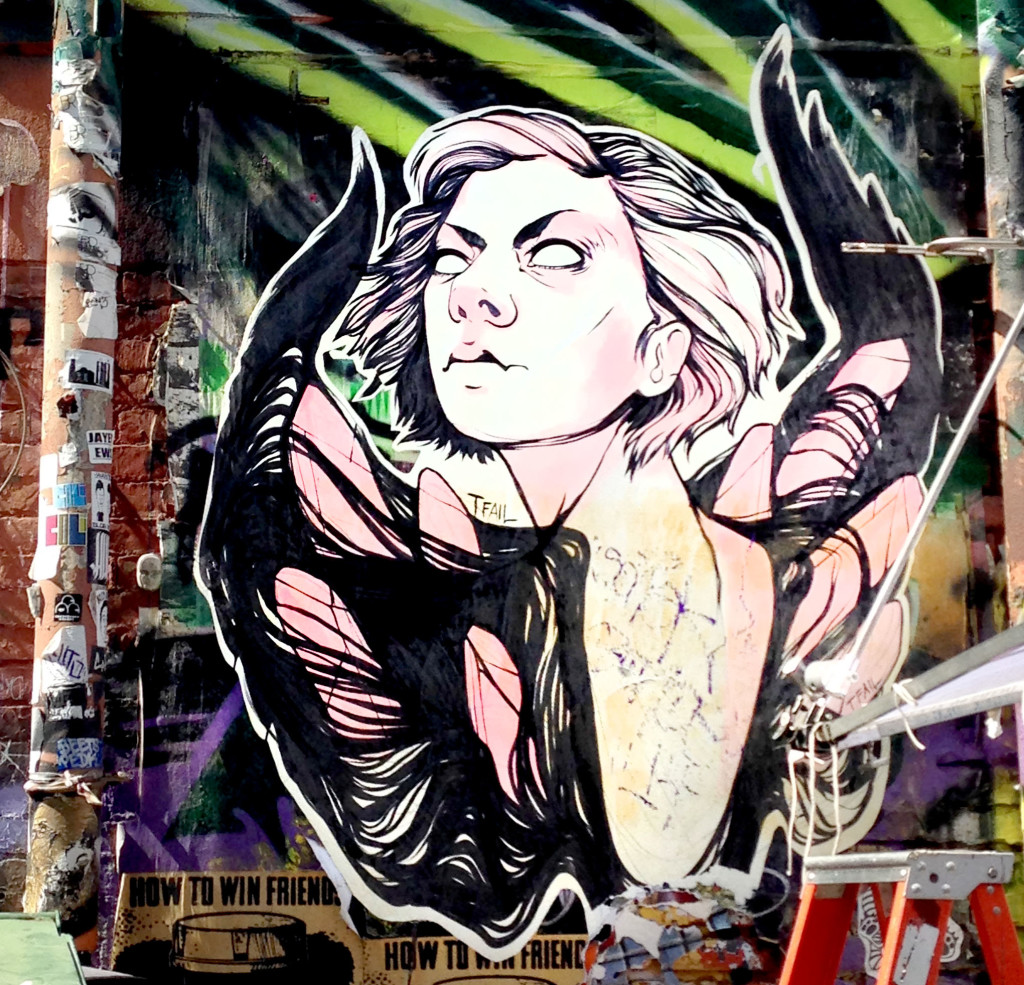 Sadly, artist @tfail lost her battle with cancer last week on 3/9/16. I always loved finding her work around Los Angeles.

If you are not familiar with her work, here are some links –

My deepest sympathies go out to her friends, family, and fellow artist partner @hauntedeuth. 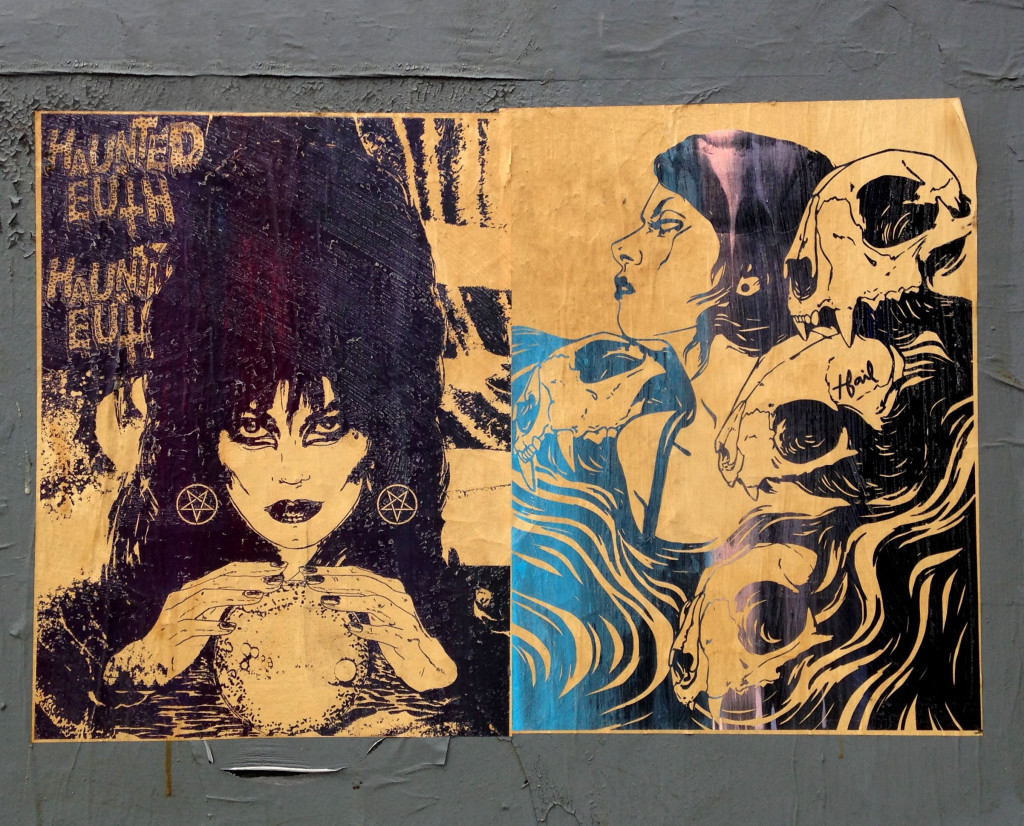 Fuzz are at the Troubadour with The Birth Defects- http://www.troubadour.com/event/877855-fuzz-los-angeles/

Cold Showers are opening for Light Asylum at The Echo- http://www.theecho.com/event/879779-light-asylum-echo-los-angeles/

At Skirball Cultural Center this week for the outdoor concert Into the Night, musical acts Tamaryn and Mystic Braves will perform while Joshua Light Show presents a “liquid light show” to accompany the music ($20)- http://www.skirball.org/programs/music/into-the-night-2015#

L7 are at the Fonda Theatre (tickets available for balcony only, or see them Thursday when tickets are available for the floor only)- http://www.fondatheatre.com/events/detail/278719

This week at Grand Performances is The Last Jimmy: A Hip Hop Musical with Dice Raw which “explores mass incarceration, the criminal justice system, and the prison-industrial complex through the eyes of young black males” (free)- http://www.grandperformances.org/hip-hop-musical

MOCA’s Step and Repeat returns to their Geffen location for three days of numerous performances that include music, performance art, comedy, poetry and dance- $12 for one night or $30 for all three- check the link for the list of all the artists- https://mocamembers.myshopify.com/collections/step-and-repeat-2015

Photographer Marcus Haney is screening his film “No Cameras Allowed” at Annenberg Space for Photography and afterwards will be discussing his current career and how he broke into the business through concert photography ($10)- http://annenbergphotospace.org/events/no-cameras-allowed-screening-and-lecture-marcus-haney/2015-07-18

Downtown Long Beach’s Summer and Music Festival continues with a free screening of The Wizard of Oz, a performance by the band MOVE, and for $5 you can get wireless headphones to participate in Silent Disco- all in the promenade parking lot- http://lbpost.com/life/2000006555-this-saturday-s-bicycle-drive-in-and-wizard-of-oz-to-spice-up-dlba-s-summer-and-music-festival

Willie Nelson is playing at the Greek Theatre- http://www.greektheatrela.com/events/event_details.php?id=3038

The Autry’s outdoor movie this week is Three Amigos– http://eatseehear.com/schedule/three-amigos/

The 18th Street Arts Center is having their “Champagne Social” with guided studio tours and of course, champagne (free)- http://18thstreet.org/events/2015july19

The second day of the Viva Pomona! festival at the Glass House has headliners Iceage, and Christopher Owens (formerly of the band Girls)- http://www.theglasshouse.us/event/871657-viva-pomona-pomona/

Jesse Thorn of Maximumfun is giving his talk Make Your Thing that “focuses on how he turned his college radio show into an independent media
powerhouse” at Annnenberg Space for Photography ($10)- http://annenbergphotospace.org/events/maximumfuns-jesse-thorn-make-your-thing/2015-07-19