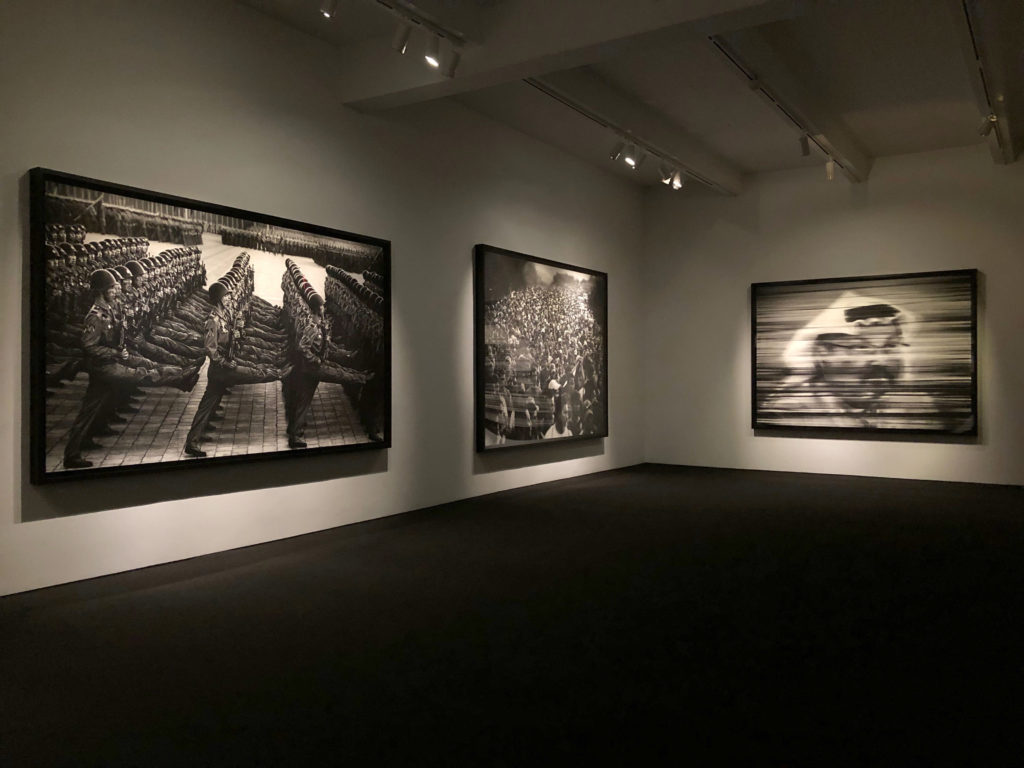 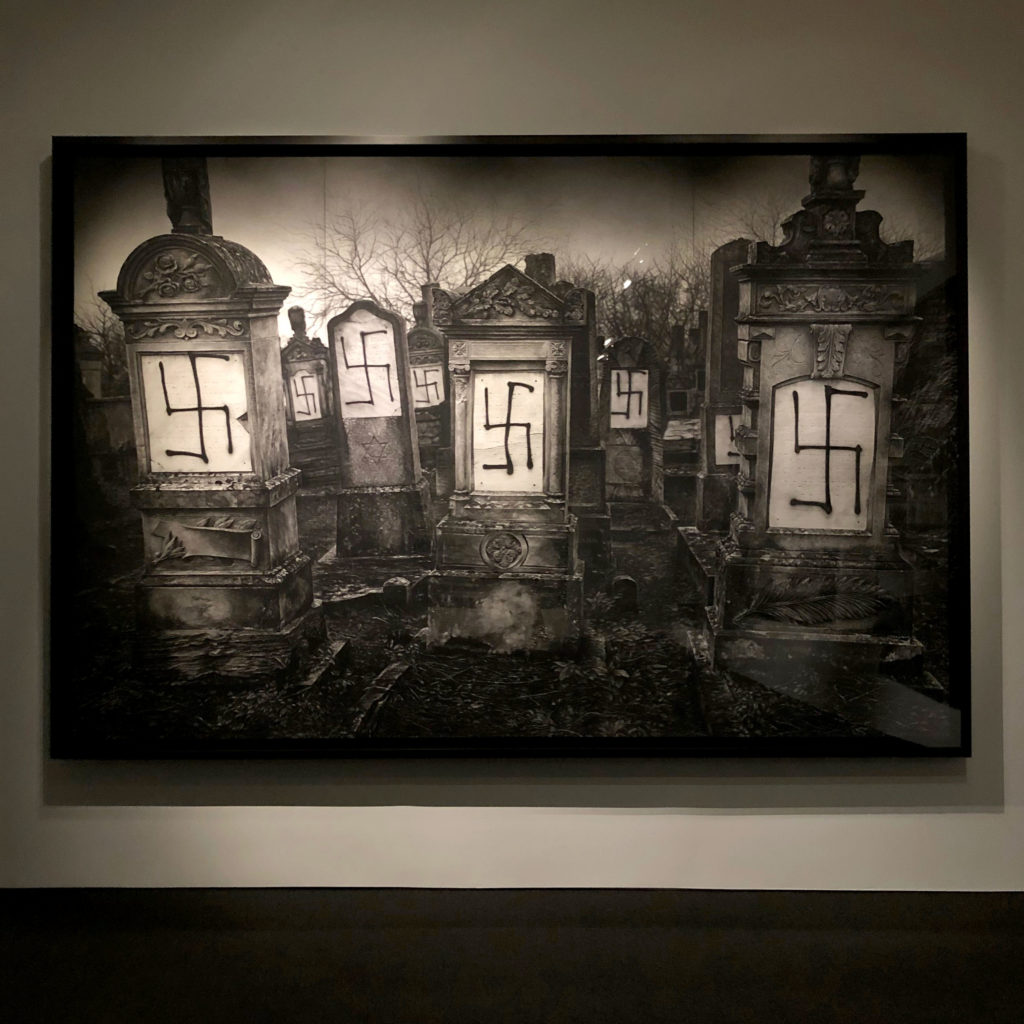 The title (of the exhibition) Fugitive Images refers to the transitory appearance and displacement of impactful media images from across the globe. Longo believes it is morally imperative to secure their permanence.

Longo’s drawing of Jamal Khashoggi is central to the exhibition, which includes works depicting a range of world events from disparate locations. The journalist is shown disappearing into a field of static that recalls a television with poor reception, struggling to maintain the picture. In stark contrast to the evanescent portrait of the murdered journalist is a deeply humane drawing of a mass of migrants on a grueling journey from Central America. The work focuses on the faces and personal effects of the individual men, women, and children, who appear desperate and exhausted. Another drawing that shares the main gallery counters this sympathetic sentiment, showing a choreographed military parade of North Korean soldiers in an exaggerated, highly athletic, mechanized goose step commonly associated with dictatorial regimes and blind obedience.

The reference images that are the basis of Longo’s drawings are generally extensively altered and merged. His drawing of a Jewish cemetery in France crudely vandalized by Neo-Nazis is an exception. Longo maintains the legibility of the tombstones despite the spray-painted swastikas, which fail to obscure the engraved epitaphs of the people buried there––a widow, a religious man who lived a long life, and an honest hardworking man who died on Shabbat.

The exhibition ends with a moment of optimism, determination, and progress. Longo’s drawing of Congress during President Trump’s second State of the Union Address immortalizes the female representatives and lawmakers who chose to wear white in solidarity with the suffragette movement by portraying them as a blurred beacon of light within a sea of darkness.