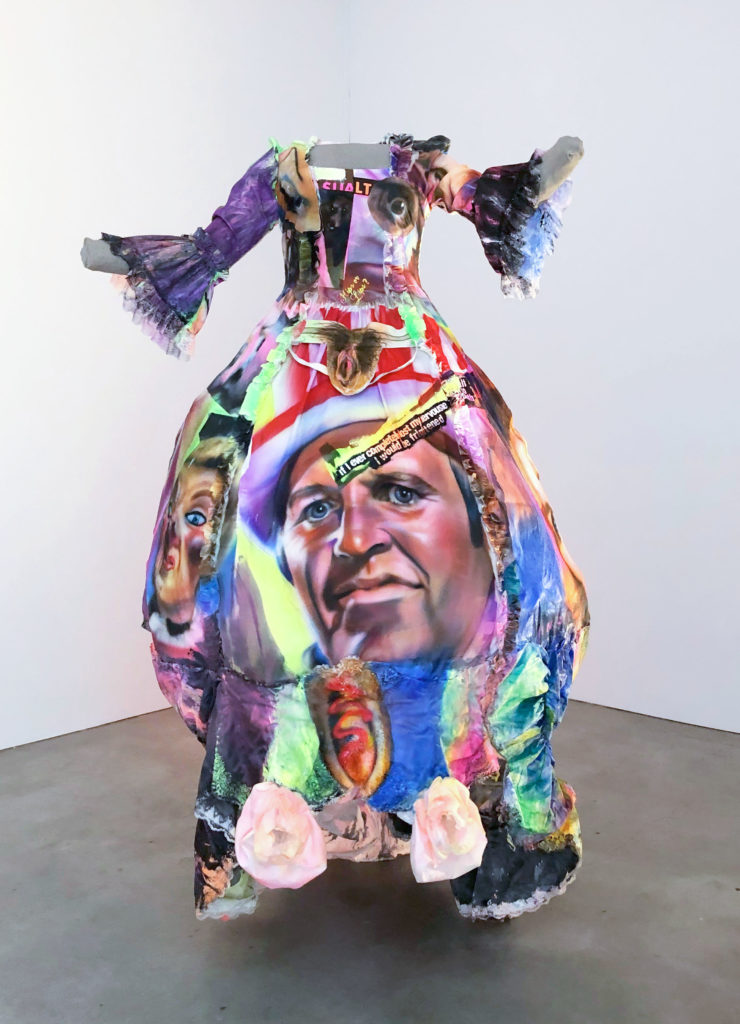 Jim Krewson’s “tribute to a vanishing subculture”, A Requiem for Paul Lynde, currently in the Viewing Room in the back of Marlborough Gallery’s downtown location, “questions the loss and amnesia of marginal identity in a new age of equality, instant access, Instagram influencers and celebrity, from homosexuality to homogenization in 20 short years.”

The airbrushed wedding dress spins with images that include Lynde himself, as well as Lady Elaine Fairchild from Mister Rogers’ Neighborhood, and the Madame puppet, a Wayland Flowers creation. Flowers’ puppet had her own sitcom in 1982 and also took over Paul Lynde’s center square on Hollywood Squares. Sadly Flowers, an openly gay entertainer, passed away in 1988 at the age of 48 from AIDS related Kaposi’s sarcoma.

If you love of a certain time period of pop culture and Paul Lynde than it will be hard not to embrace this project. But it’s also interesting as a meditation on the state of gay pop culture in the past, the place it is in today, and the question of where it may go in the future now that it is has such a strong, but less subversive place, within mainstream media.

In the main viewing space of Marlborough Gallery is Joe Zucker’s multi-panel 100-Foot-Long-Piece created from 1968 to 1969.

This masterwork, exhibited here with a large body of related archival material, comprises a blueprint for Zucker’s long and diverse practice. It plants a flag for the artist’s ongoing inventiveness, irony, and eclecticism.

With the creation of this work, Zucker presents the viewer with a puzzle-like, encyclopedic visual vocabulary, anticipating subsequent pictorial and conceptual approaches such as New Image, Neo-Expressionism, Appropriation, Neo Geo, as well as more recent process- based abstraction, with a self-referential, wry regard for the embedded, associative meaning of his imagery and materials.

100-Foot-Long Piece is a linear aggregate in which gestural abstraction rubs elbows with hard edged grids, silk-screened passages, sculptural reliefs, and a host of other styles and forms. One is mindful of both physical and critical tropes of progressive art history from the physicality of the frieze to a qualitative timeline tracing the contributions of Modernism. 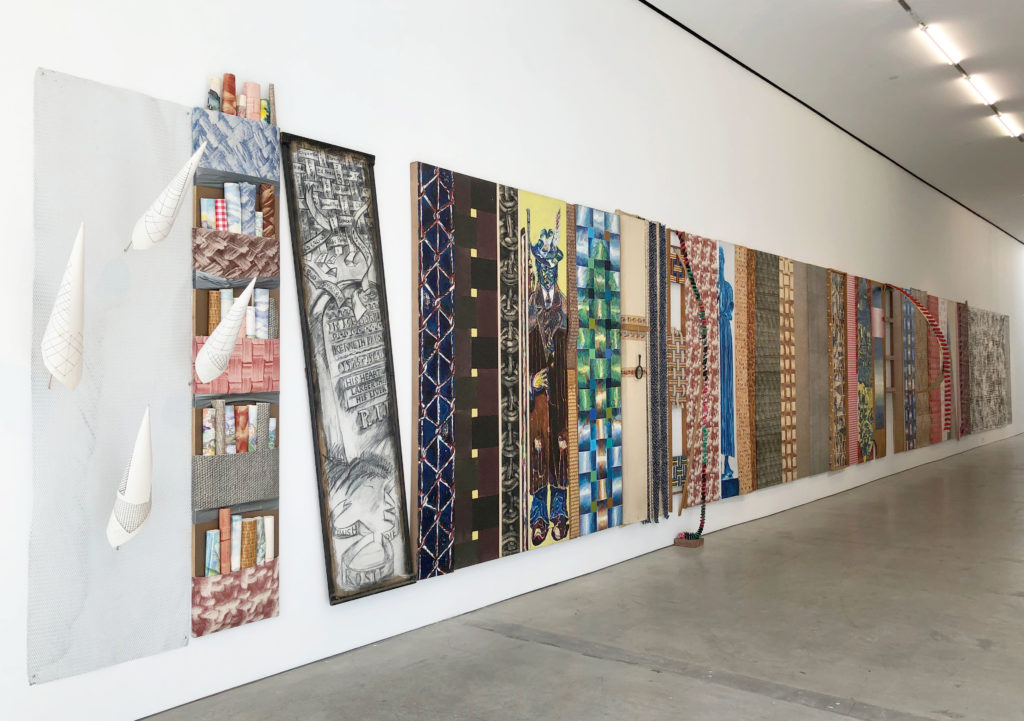 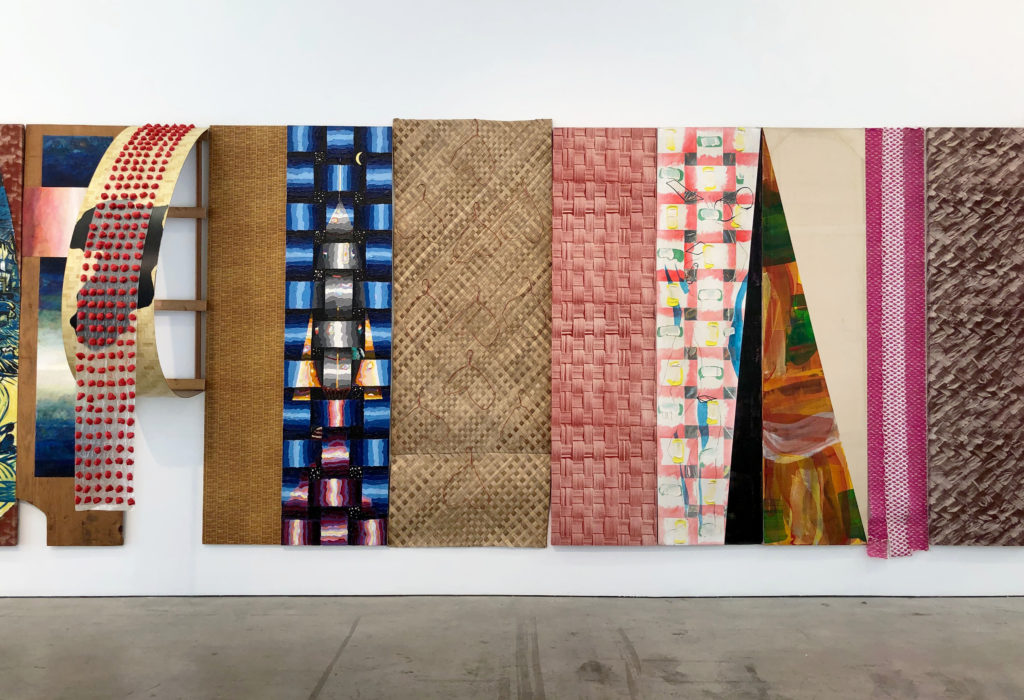