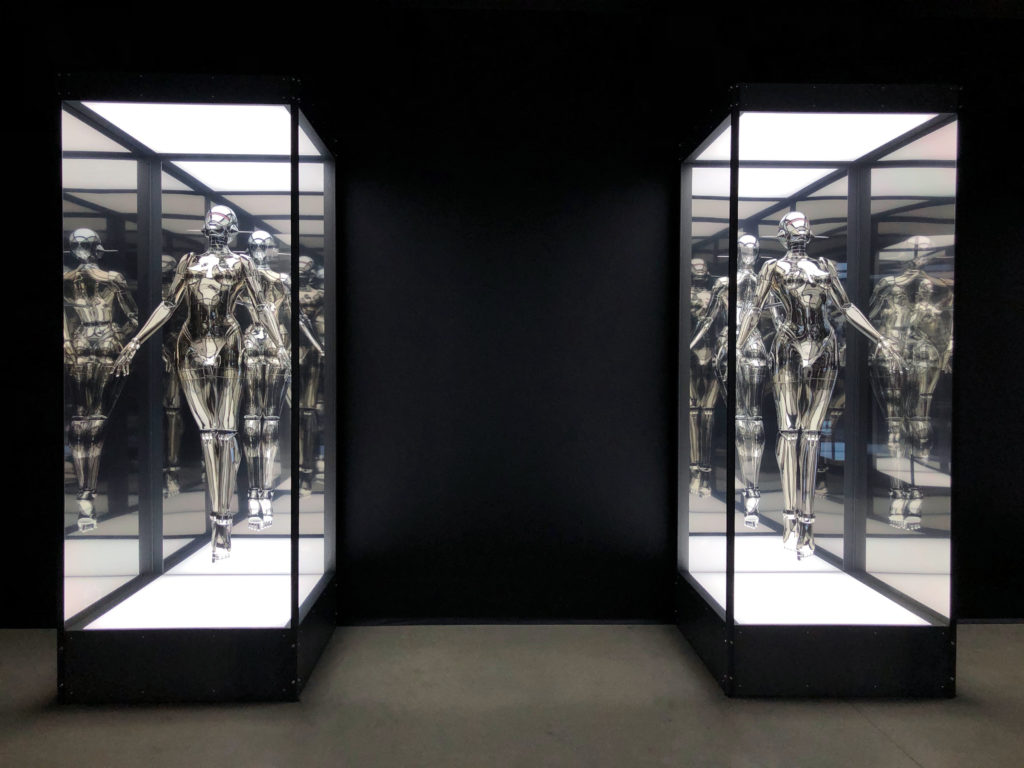 Tokyo Pop Underground curated by Tokyo gallerist Shinji Nanzuka and currently at Jeffrey Deitch gallery in Los Angeles “explores the complex history of Japanese contemporary art from the 1960s to the present through the works of seventeen artists who emerged from pop and underground culture”.

Shinji Nanzuka explains that “originally in Japan, most of what is referred to as art are practical items, developed together and in integration with popular culture.” He cites examples from calligraphy to folding screens, paintings on sliding paper doors, lacquerware, netsuke, and the Ukiyo-e prints that served as posters and commercial portraits. He also mentions art historian Naoyuki Kinoshita’s study of intricately realistic handicrafts such as iki-ningyou, life-like dolls that were made for exhibitory performances. Nanzuka’s mission in this exhibition is to present contemporary artistic commentaries on this Japanese artistic heritage.

Deviating from the mainstream current of “art for art’s sake” when he opened his Tokyo gallery in 2005, Nanzuka decided to focus on artists whose works at the time were not considered to be art. Artists like Keiichi Tanaami, Harumi Yamaguchi, and Hajime Sorayama, whose works are now celebrated in the international art world, were looked down upon as producers of commercial and popular art. Nanzuka saw them as prime exponents of the idiosyncratic nature of Japan’s culture and history.

Another reason that Tanaami, Yamaguchi, Sorayama, and Toshio Saeki did not receive recognition until recently is the radical intensity of their practice. The expressions of sex and violence in their work are statements of anti-authority and anti-uniformity. The aggressive portraits of women painted by Harumi Yamaguchi show her engagement with the women’s liberation movement of the 1970s. Sorayama’s sexualized robots predict a dystopian future.

There are strong links between the underground Japanese culture from which many of these artists emerged and the American graffiti and skateboard subcultures that were embraced by Japanese youth. Haroshi, one of the younger artists in the show, constructs his works entirely from wood sliced from skateboards donated by friends and professional skateboarders to compose a collective portrait of his enlarged, international community.

The artists in Tokyo Pop Underground reflect the strains in contemporary Japanese culture as it rebuilt itself after the ruins of war and confronts numerous natural disasters. Their work reflects what Nanzuka describes as “the crazy cross-cultural exchange” between the West, the East, and the Far East, shaping a new international artistic language.