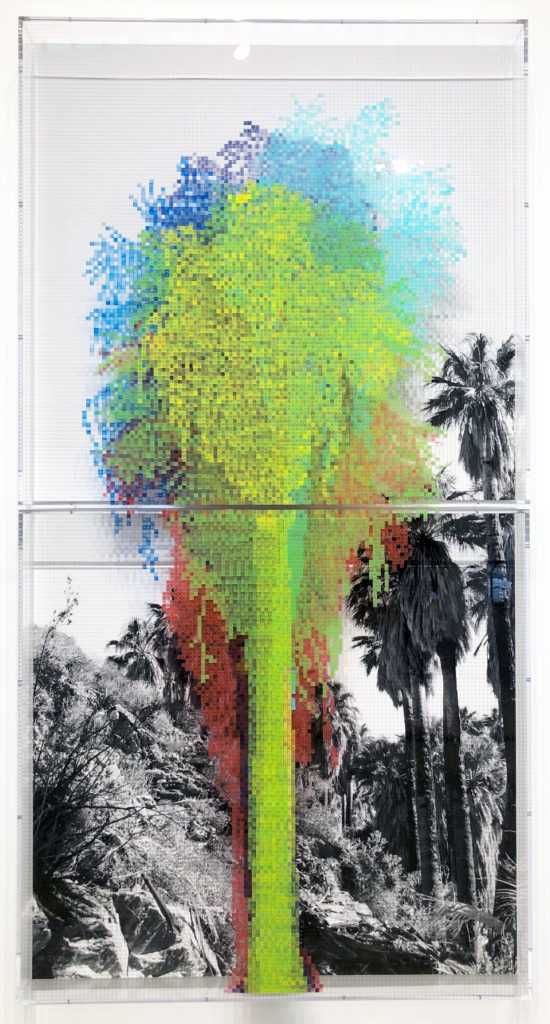 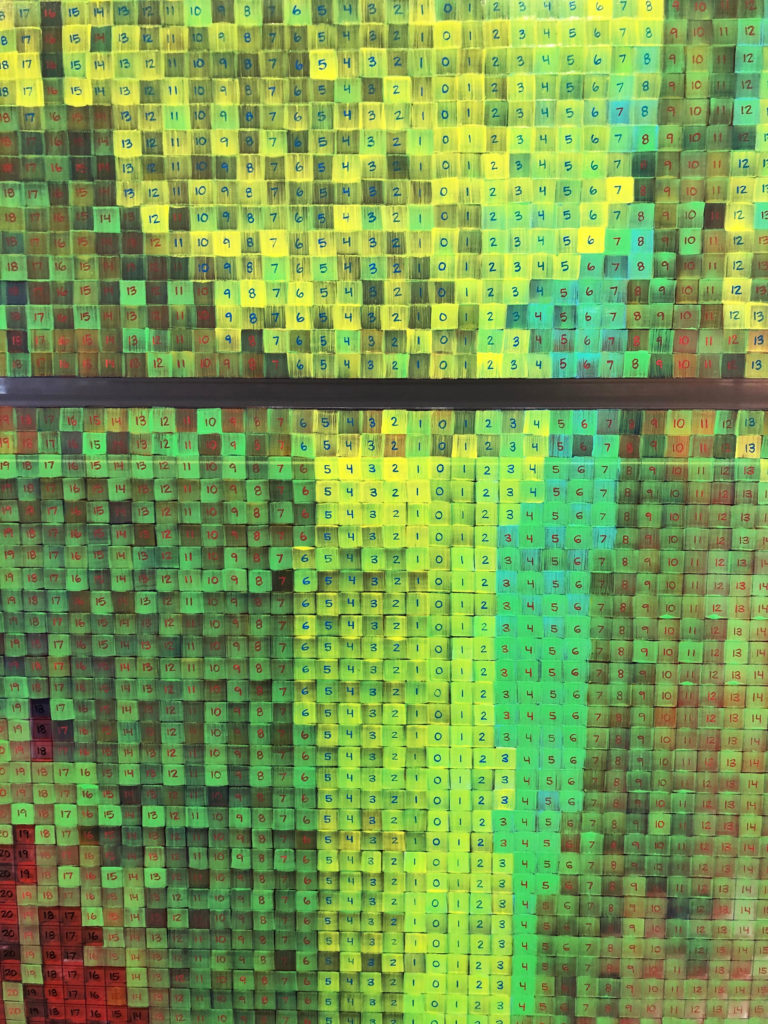 Using photographs of native trees from Palm Canyon near Palm Springs, Gaines selectively layers paint on acrylic sheets atop black and white photographs of corresponding landscapes with trees. Following this process, each tree is assigned a distinctive color and a numbered grid that reflects the positive space of the tree in the original photographic image.

The exhibition also includes new watercolor work and Manifesto 3– which takes Martin Luther King, Jr.’s speech given at the University of Newcastle upon Tyne (1967) and James Baldwin’s essay Princes and Powers (1957) and using a rule-based system to convert letters from the text into their equivalent musical notes creating a musical score.

Reflecting on his personal history, Gaines observed that ‘one thing that made me different from other conceptual artists is that I was not shying away from language or meaning or content’ – a truth perhaps best exemplified by ‘Manifestos 3’ (2018). This work functions as a systematic transliteration of revolutionary manifestos into musical notation. The installation is comprised of two parts: a single channel video monitor that scrolls the manifesto texts, and two large graphite drawings of the music scores that were produced by the translation. Each text scrolls in succession on a monitor while a recording of the music produced by Gaines’s system plays. Created by way of a rule-based system, Gaines transcribes letters ‘A – H’ from the text into their equivalent musical notes. The use of the letter ‘H’ represents the code used in early Baroque tradition for B-flat. All other letters and spaces between words are noted as rests or silent beats. While the resulting composition does sound intentional, it is controlled only by the preconceived notation system that follows the compositional structure of language. This produces the fluidity that the audience hears.

The two political texts transcribed in ‘Manifestos 3’ are Martin Luther King, Jr.’s speech given at the University of Newcastle upon Tyne (1967), wherein King nominates racism, poverty, and war as the three most urgent problems of the contemporary world, and James Baldwin’s essay ‘Princes and Powers’ (1957) which describes the dominating power of cultural control. These two manifestos are systematically translated into the above described musical notations as written and arranged for piano by Gaines and edited by John Eagle.

This series not only takes social justice and politics on as its subject, but also as it may critique our understanding of the relationship of the practice of art and politics. By converting these powerful and poignant texts into music, Gaines unites the rational, mathematical, and lyrical structures of music with the irrationality of violence, racial tensions, and social injustice. The predetermined process developed by Gaines widens the distance between concepts and their interpretation, effectively removing the artist’s subjectivity while empowering the viewer’s. The combination of the elegiac music with the stirring words of the scrolling manifestos creates an unexpected conflict for the viewer; it is within this dissonance that the indelible truths of Gaines’s work are revealed. 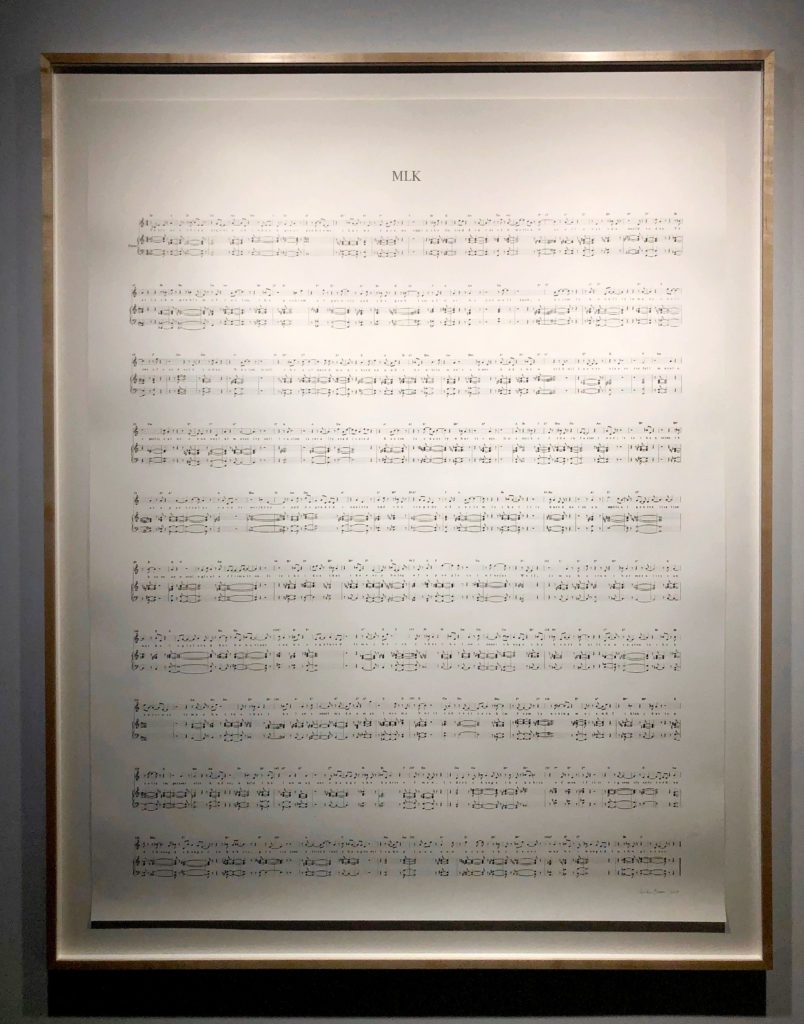