Queen of Jeans- Only Obvious to You

The Make-Up are playing at Zebulon with Seth Bogart

Lisa Prank is playing at the Bootleg Theater with Rose Melberg, and Worriers

The Theatre at The Ace Hotel with CAP UCLA is screening Dawson City:Frozen Time with a live score composed by Alex Somers and performed by Wild Up. The film tells the story of the discovery of over 500 silent film reels from the 1910s and 20s in Dawson in north western Canada in the 1970s by a construction crew who found it buried in a subarctic swimming pool.

Surfbort are playing at Lodge Room with Dumb Fucks and Nice

Earl Sweatshirt will be at The Geffen Contemporary at MOCA for a conversation on art, music, and life with Cheryl Harris (his mom). (free, 1-3pm)

Photographer Todd Hido will be signing his book, House Hunting (Remastered) at Arcana Books from 4-6pm

Union Station is having a Holiday Festival and Artisan Market

Apsara DiQuinzio and Suzanne Hudson will be in conversation about the work of Harvey Quaytman, moderated by Lindsay Preston Zappas, at Blum & Poe.

Mount Eerie is playing at The Masonic Lodge at Hollywood Forever

Frankie & The Witch Fingers are playing at Zebulon with Kevin, and Perfection

CHVRCHES are playing at The Wiltern with Dominic Fike

Nothing are playing at the Echoplex with Launder, No Swoon and Sprain

Deadbeat Beat- You Lift Me Up

Bombay Bicycle Club are playing at The Mayan with Blaenavon

Ghostly is celebrating its 2oth Anniversary with performances by Gold Panda, Geotic, Mary Lattimore, Shigeto, and DJ SV4 at The Regent Theater

Pop Up Magazine’s “live magazine show” returns to The Theatre at the Ace Hotel, this time with the theme The Escape Issue in collaboration with The California Sunday Magazine. Performers include comedians Jordan Carlos and Chris Duffy, poet Sarah Kay, photographers Lucas Foglia and Lisette Poole, and more

Nightmares on Wax and Luke Vibert are DJ’ing at 1720

Pacer, Simulcast, and Devon Williams are opening for Stolen Jars at The Satellite

Lambda Lit Fest Los Angeles celebrates LGBTQ writers and includes tons of free programming throughout the city including performances and workshops. A day long celebration on Saturday at Pico Union Project concludes the programming with a presentation by Tegan and Sara from their new memoir, performances by artists including Phranc, Dynasty Handbag and Tommy Pico, and a karaoke party.

Deadbeat Beat are playing at All Star Lanes with Gum Country, Shells, and Dummy

Van Nuys Arts Festival is taking place at the civic center with live music, interactive art, a 3D maze, and more- all free

De Lux are opening for Friendly Fires at The Fonda Theatre

Blum & Poe are screening the LA premiere of Olompali: A Hippie Odyssey outdoors behind the gallery with a performance by folk band The Storytellers (free but RSVP required)

Deanna and Ed Templeton are signing their books at Arcana Books

Hammer Museum is having a free opening night party for the new Lari Pittman exhibition, which will include live DJs, drinks, and food trucks, as well as late night access to the gallery

The Berries, Justus Proffit, Alms, and Dummy are playing at The Hi Hat

Michael Kiwanuka is opening for Gary Clark Jr. at the Hollywood Bowl

Pond are playing at The Fonda Theatre with Maraschino opening 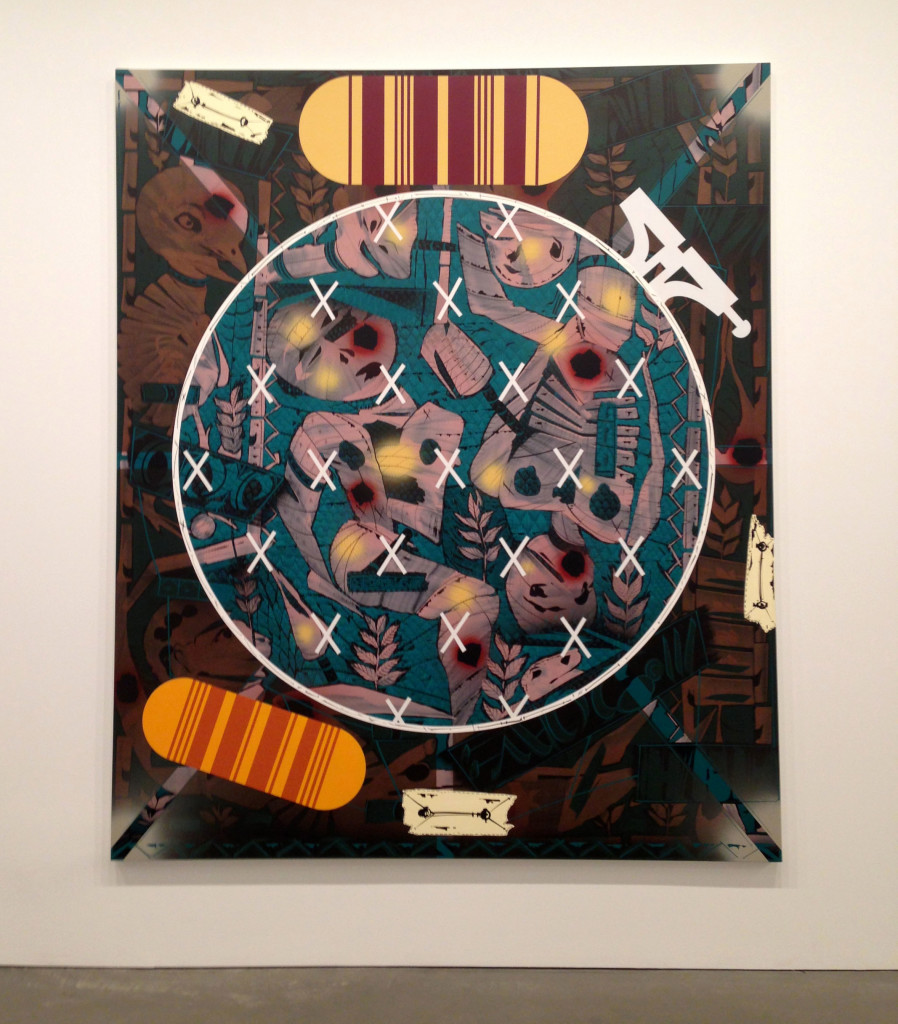 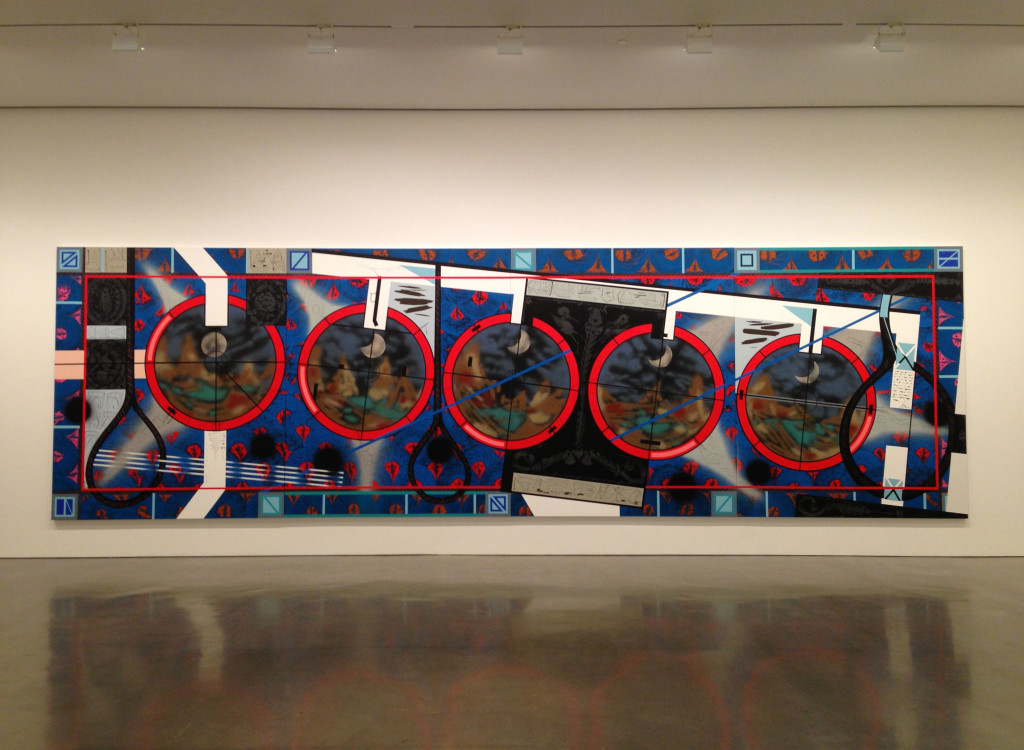 Images from Lari Pittman’s From A Late Western Impaerium

From the Regen Projects press release:

Pittman’s From A Late Western Impaerium constructs a loose narrative of nationhood that travels between our present time and the distant past. The compositionally dense works play with the social and current realities of today, with an interest in ornamentation and surface, and draw on the legacy of history as told through the Western canon of painting and the applied arts. Pittman poses the question of what a contemporary “history painting” might be today.

For more information about Lari Pittman, check out this article in Artillery Magazine – http://artillerymag.com/magic-carpet-ride/

Today (11/23) at Regen Projects there is also a Raymond Pettibon book signing from 4-6pm.