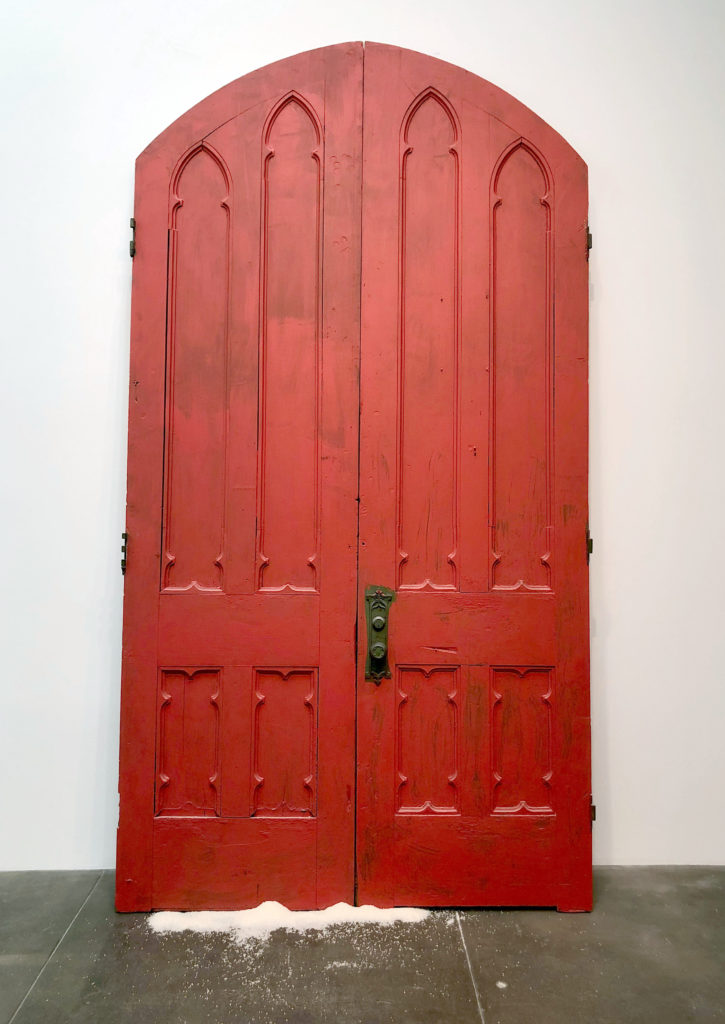 When trying to talk about the David Hammon’s exhibition at Hauser and Wirth Los Angeles, his first in Los Angeles in 45 years, it’s hard to know where to start. There are no titles or descriptions of any of the works in the show, although there is writing on the walls in certain places. The press release, shown below, is a mass of lines and a dedication to jazz musician Ornette Coleman. 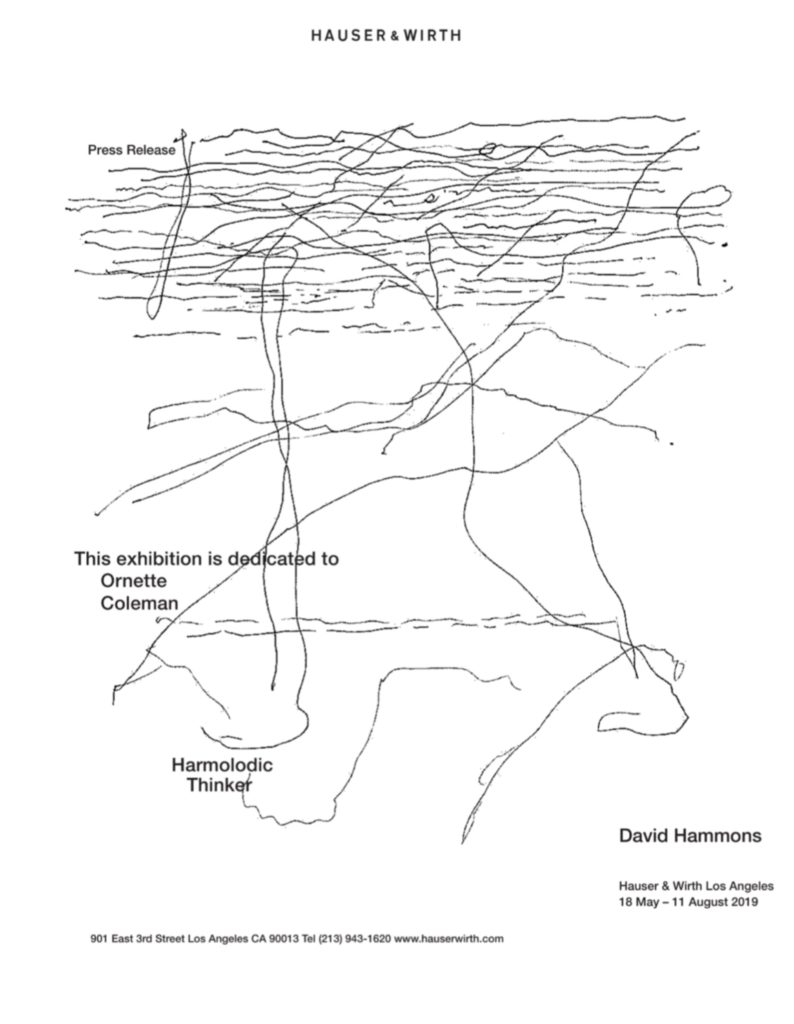 Before you enter either of the two massive galleries housing the exhibition you encounter a courtyard filled with tents, some with “this could be u and u” stenciled on them. Tents also line the corridor under Martin Creed’s neon piece, EVERYTHING IS GOING TO BE ALRIGHT, with a rack of fancy vintage coats nearby. Once predominantly in Skid Row, Los Angeles’ tent cities have been growing rapidly on street corners and under bridges and highways all over the city, but they often just blend into the background for people walking and driving past. What does a fake tent city in the courtyard of a high end gallery in a newly gentrified neighborhood mean? Is its fake version more affecting than the real one to gallery and restaurant patrons wandering by? 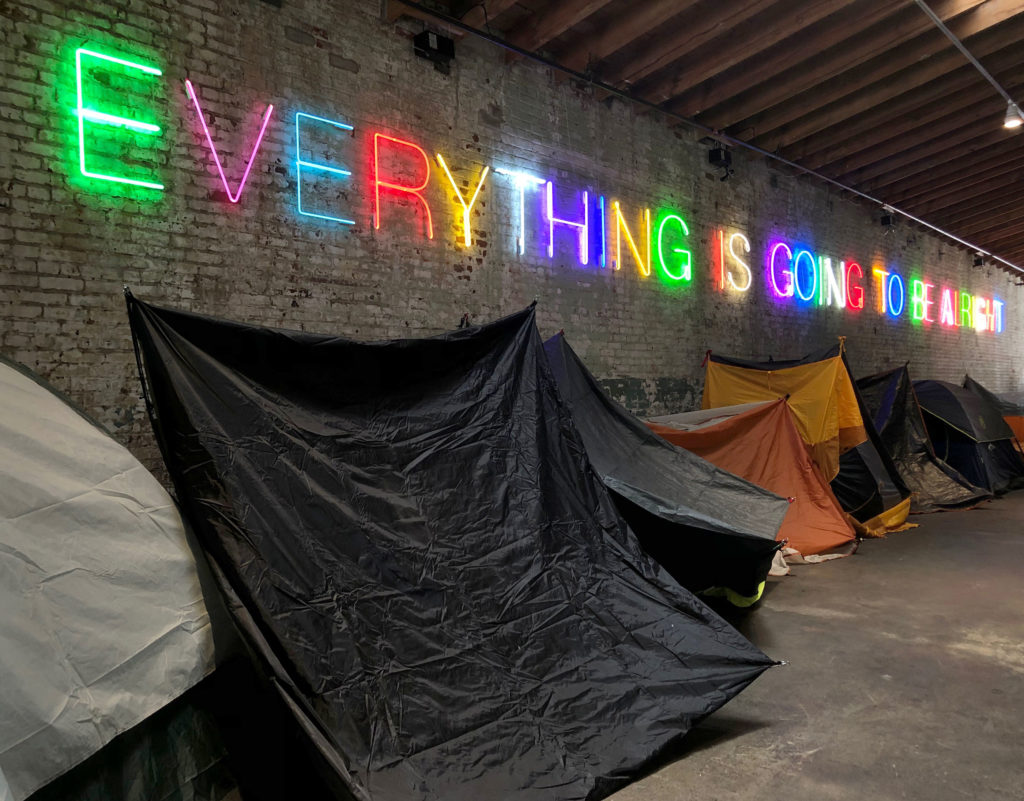 The work in the show feels at times random, clever, humorous, and confounding, but also impressive, thought provoking, and most importantly never dull. There are stacks of art history books sitting on scales. A water filled bowl that contains what once was a snowball Hammons had sold on the street at one point in his career, sits on a wooden shelf. A room with empty glass cubes on wood columns requires you to bend down to see the feet underneath. A book titled A History of Harlem is filled with empty black pages.

In the room pictured below is a three legged chair next to a wall of photos of women sitting in it. Nearby, one of Ornette Coleman’s suits is surrounded by glass. 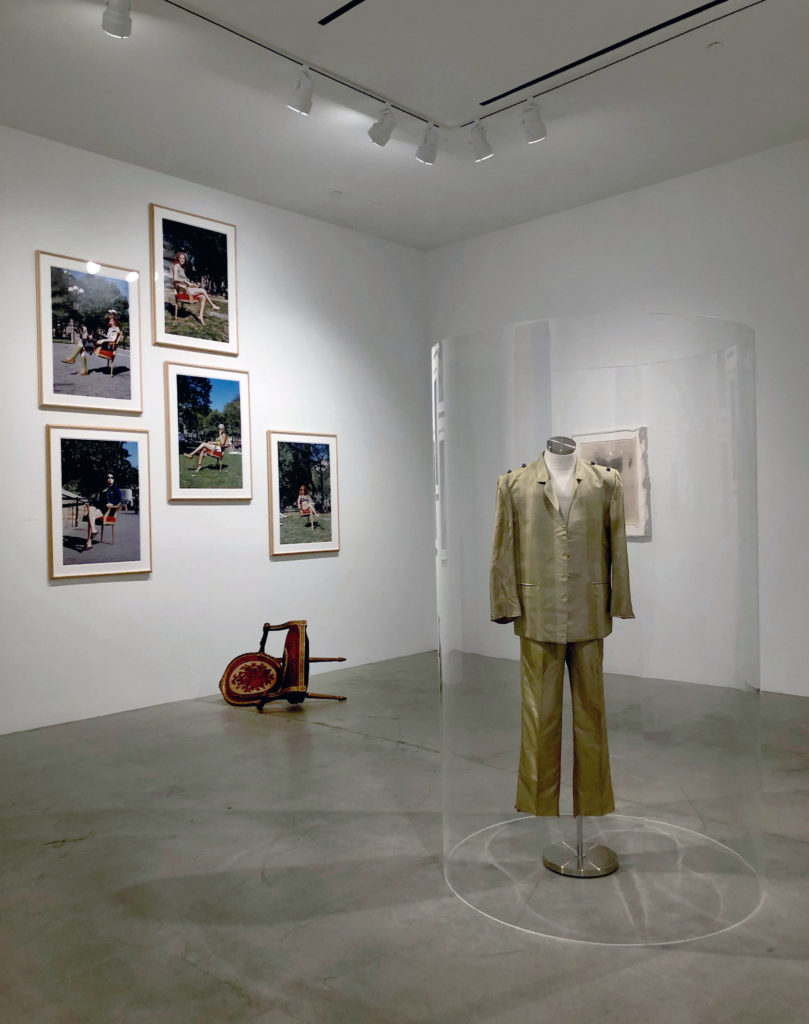 Another room is filled with paint splattered and damaged fur coats, one facing an antique mirror that is covered. The symbolism feels a bit heavy handed, like the tents, but it works in that there are still several ways to interpret what Hammons might be saying. 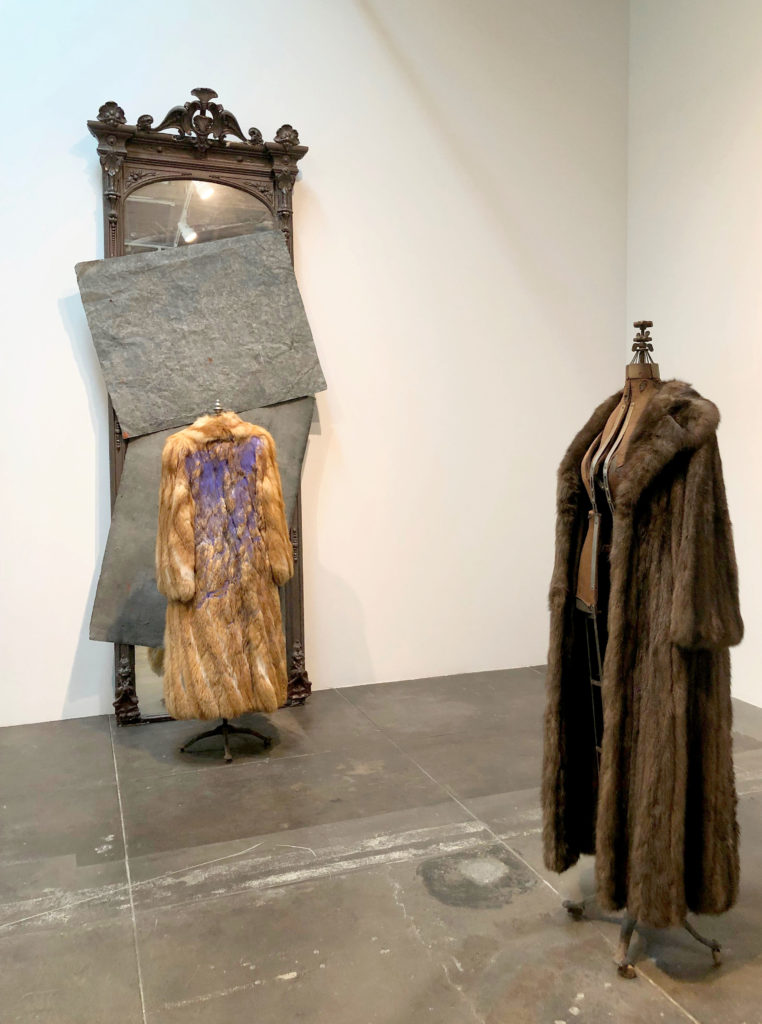 Throughout the exhibition paintings are covered in various ways. One in paper, ripped with a bit of the painting visible. Others are partially hidden with tarps, plastic, different fabrics, even an antique rug (shown below). Once again, you can interpret the meaning of this in several ways. With the rug, for example, it’s turned so that only a bit of its design is visible in front of a painting that is not completely visible. These rugs are often associated with old money and sometimes are hung on walls themselves as artwork. Or is it just another assemblage, a visual combination to be taken at face value. 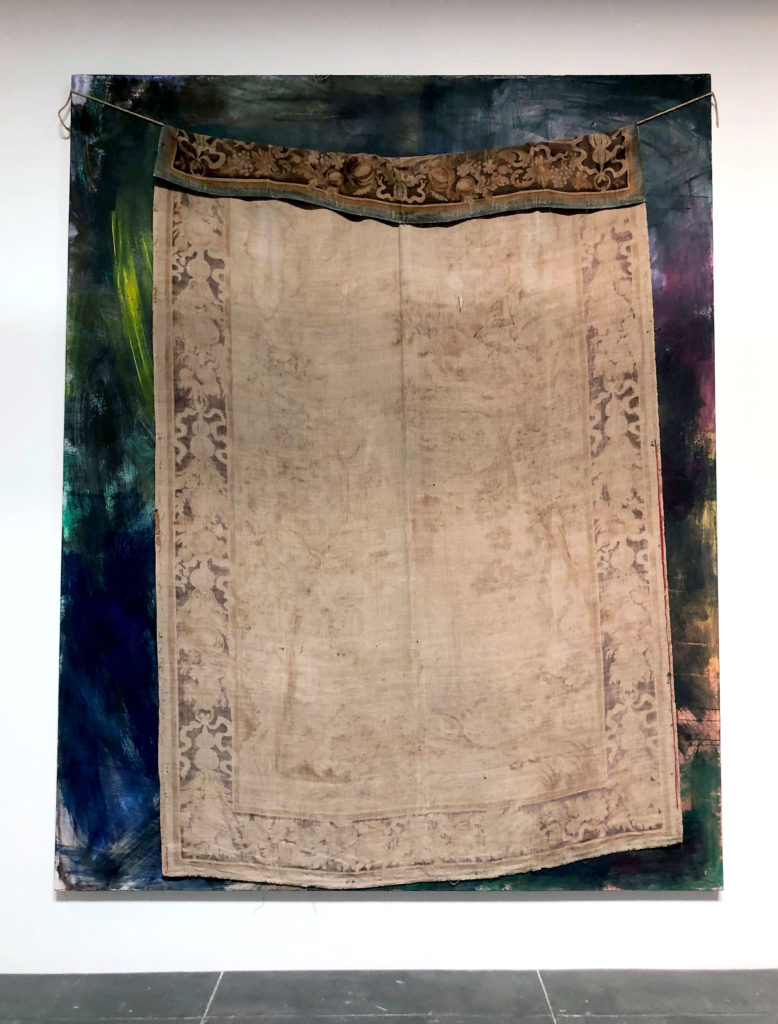 Ultimately the interpretation of all of the work is up to the viewer. There is something freeing in that, not being given answers. Sure, it’s nice to have an explanation of an artist’s intentions sometimes, but you often add your own ideas anyway. Art should make you think, question things, look at the world from a new perspective- this exhibition does all of that and more.