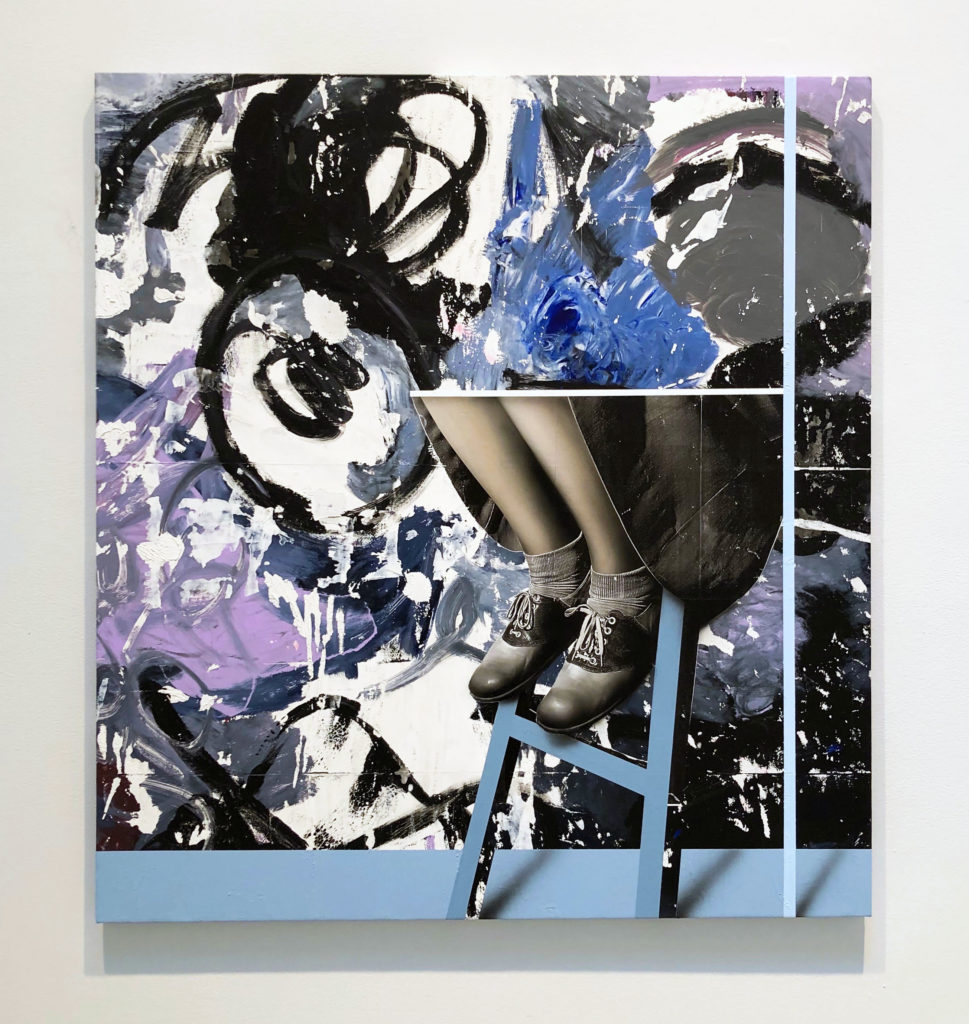 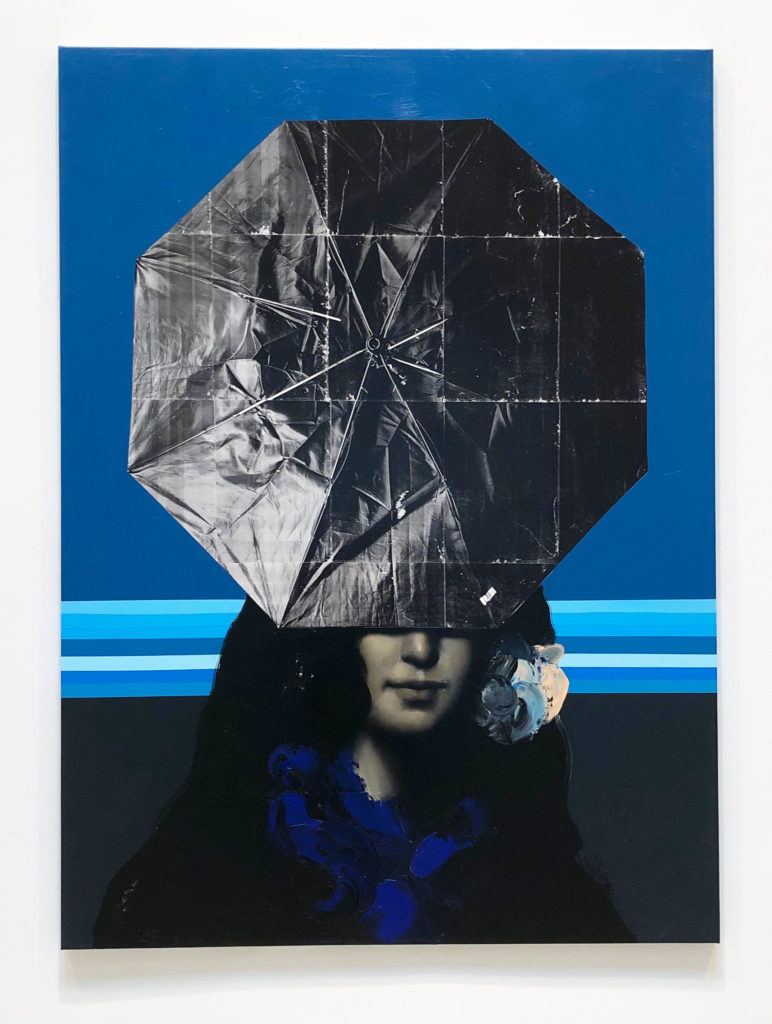 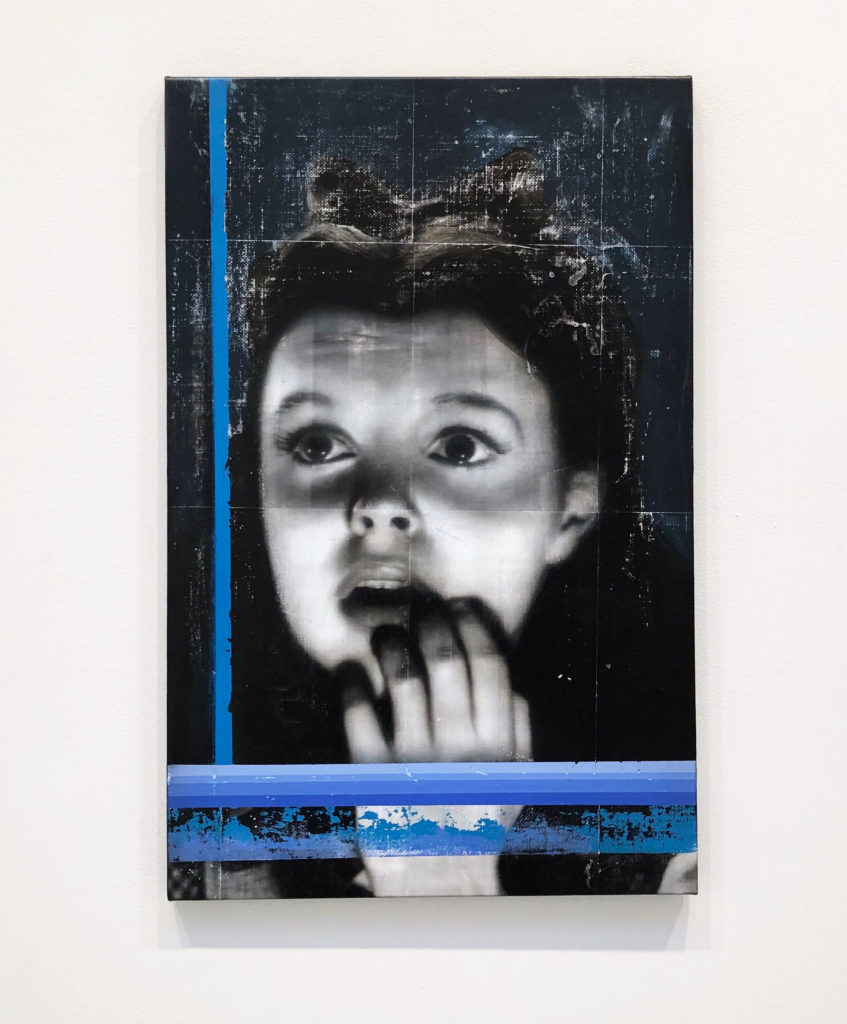 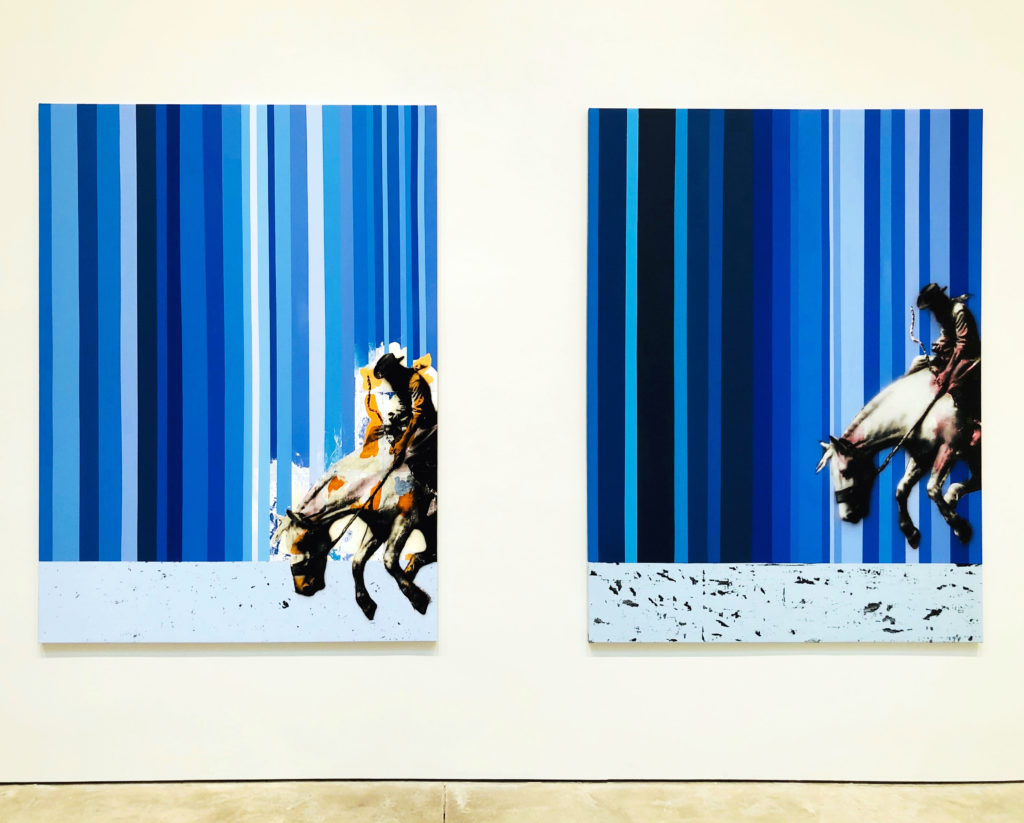 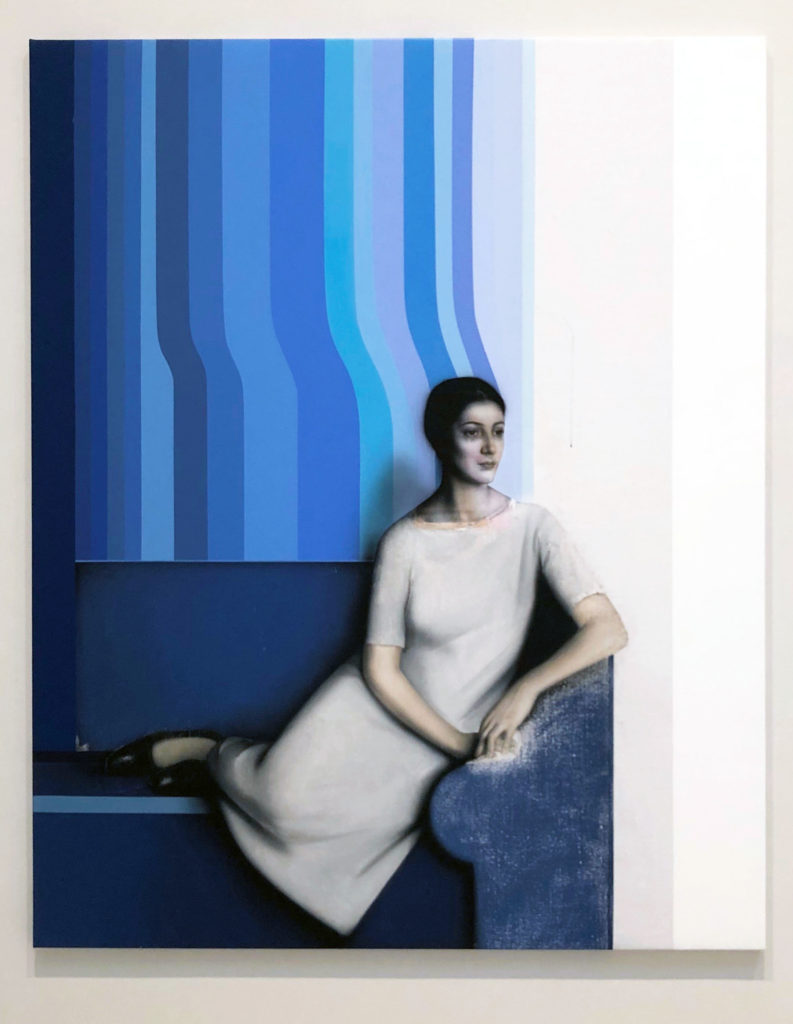 Part of the Cluj School, Mircea Suciu (b. 1978, Baia Mare, Romania) is regarded as one of Romania’s leading artists. During his formative years he witnessed the country’s tumultuous transition after the only violent overthrow of a communist government in the 1989 revolutions. Describing himself as an image creator rather than a traditional painter, Suciu mines and references art history and contemporary imagery, reducing down the elements and adding colour coded symbolism. He has ‘his own complex way of making things in which painting, photography, drawing and print all cooperate while playing their individual parts’ 1

Inspired by his former studies on the restoration of Baroque paintings, Suciu has developed a process he calls ‘monoprinting’. A photographic image is split into a grid of A4 surfaces, each one printed onto an acetate sheet onto which a layer of acrylic paint is applied. The paint acts as a ‘glue’ that adheres to directly to the canvas and once dry, the acetate sheet is peeled off. The result is a transference of the printed image with associated faults and imperfections which Suciu then ‘restores’ by re-painting with oil and acrylic paint. Sometimes, as with works in the Disintegration series, he overlays the image multiple times using various colours until he creates a surface that is barely recognisable from the original. As a final stage the whole image is repainted. This multi-layered process creates compositions of reinvented images which allude to history, memory and eventual dissolution of all things.

‘A characteristic of my work is frailty, not regarding the subject but the relationship between the surfaces that constitute the ensemble of the whole picture.’ – Mircea Suciu