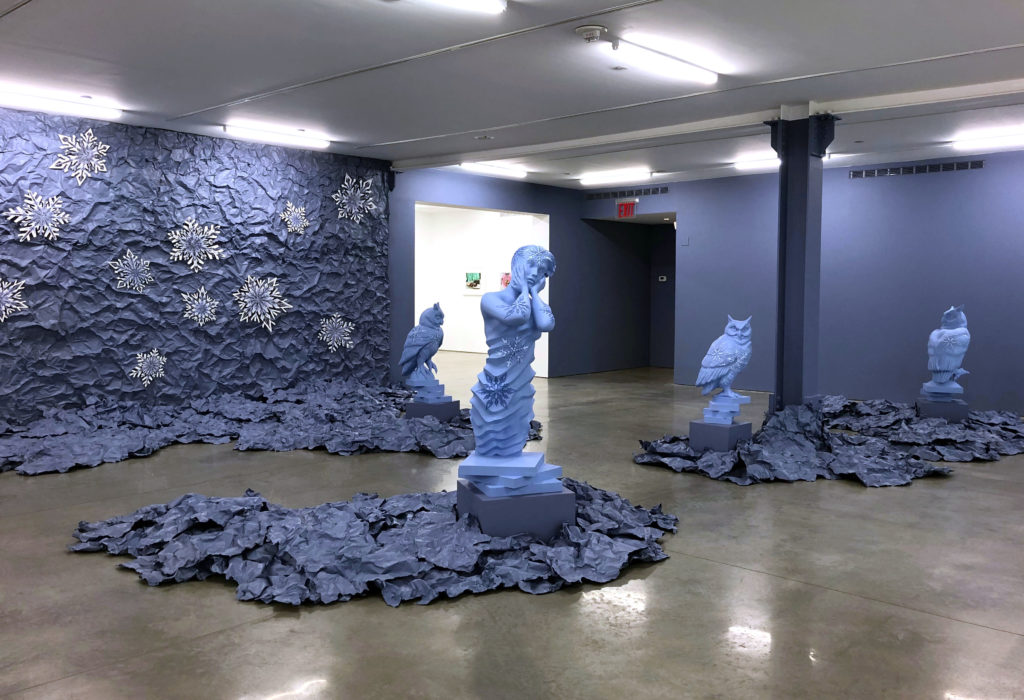 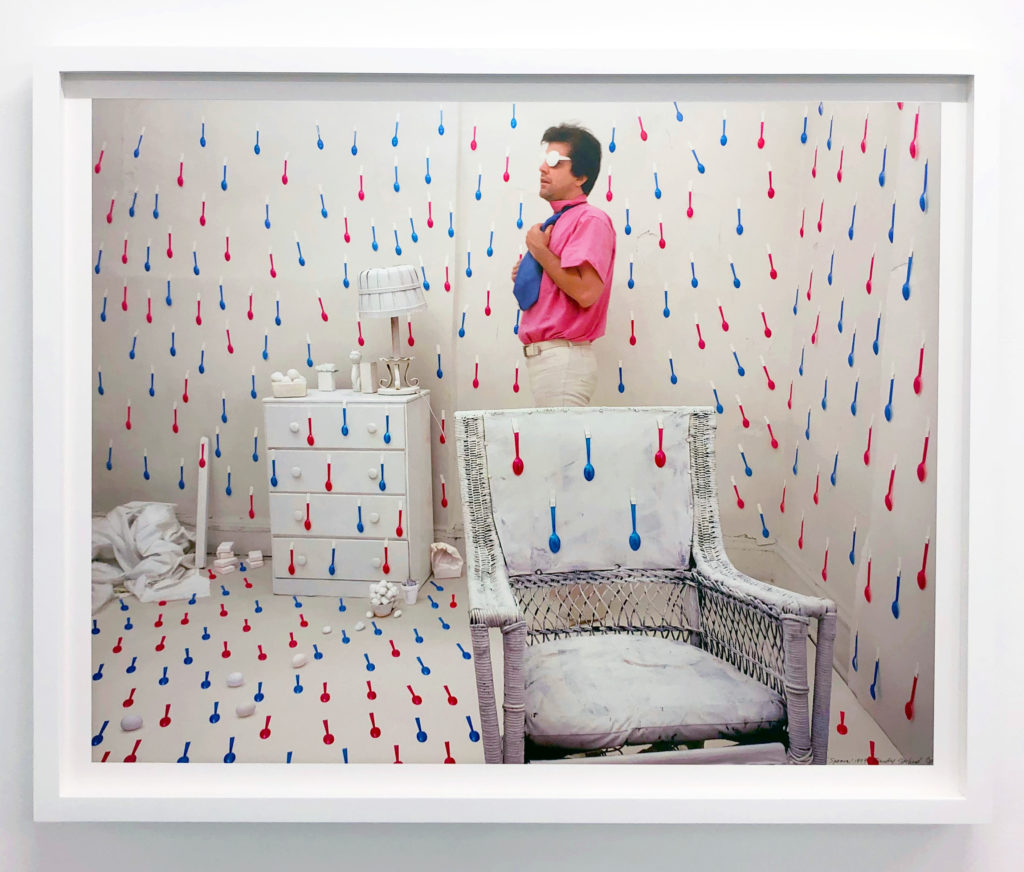 For Sandy Skoglund’s exhibition Winter, at Ryan Lee gallery in New York, she has partially recreated the environment she used to created the title piece. Many of her photographs are created by building new worlds-this is a chance to immerse yourself in one of them.

The exhibition also includes a collection of her work from the late ’70s to 2005, including Radioactive Cats from 1980 (pictured below).

Skoglund describes Winter as “a study in perseverance and persistence, an artificial landscape celebrating the beautiful and frightening qualities of the coldest season.” In the photographic image, a man, woman, and child punctuate an icy blue scene. They are inside of an iceberg, perhaps, surrounded by its craggy walls. Standing pensive with hands in the pockets of their winter coats, only the child, a red-headed girl, looks out toward the viewer. The trio is joined in this fantastical setting by a cluster of three snowflake-emblazoned owls and a female figure that seems to have frozen mid-slumber. The imagery evolved from Skoglund’s interest in similarity and difference among snowflakes. Her fascination with the appearance of correspondence versus the reality of difference extends from earlier investigations of the liminal territory between the natural and the artificial, or order and chaos. Through her constructed imagery, Skoglund explores the space between what the human eye and the camera can see.

Since the late 1970s, Skoglund has been celebrated for her panoramic installations—entire environments that she meticulously designs, constructs, and then re-visualizes photographically. Skoglund likens Winter to “a very slow shutter speed on a camera. Time stands still but also inches forward.” Relentlessly inventive, Skoglund challenges herself to experiment with new creative technologies, always in search of the medium best suited for her message. For Winter, which was part of a larger project on the four seasons, years of experimenting with various forms of clay modeling and 3D-printing led to the ultimate inclusion of digitally-cut metal snowflakes bearing ultraviolet cured ink, and the computer-sculpted figure and owls. 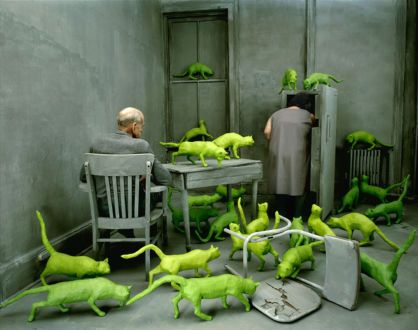