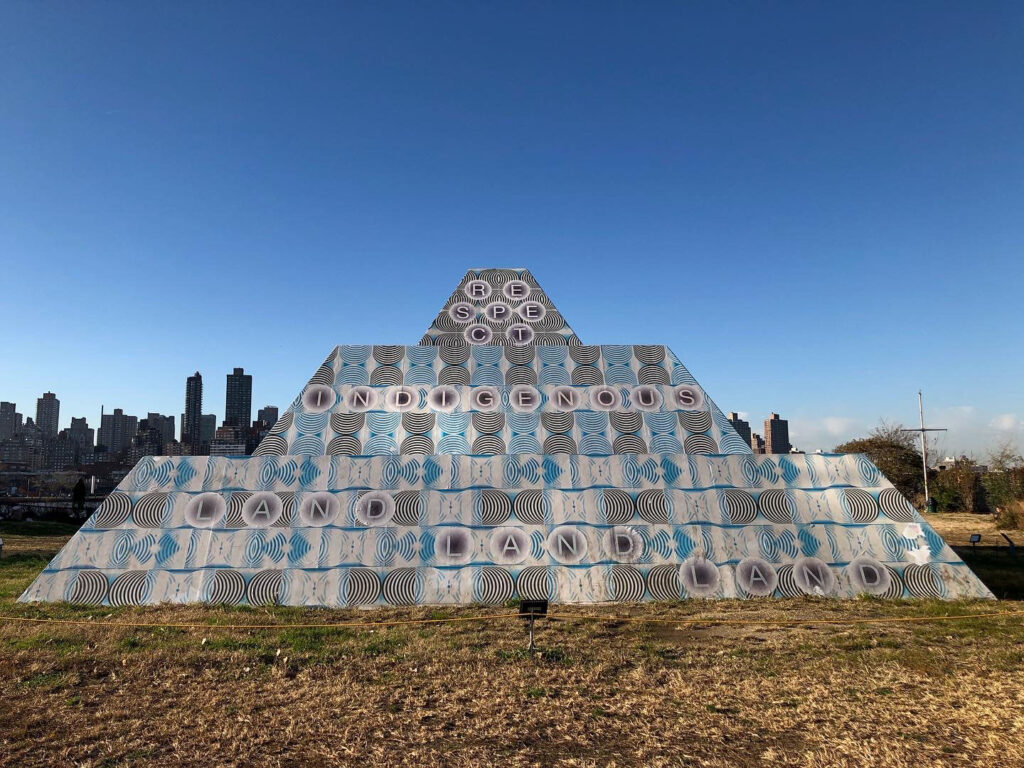 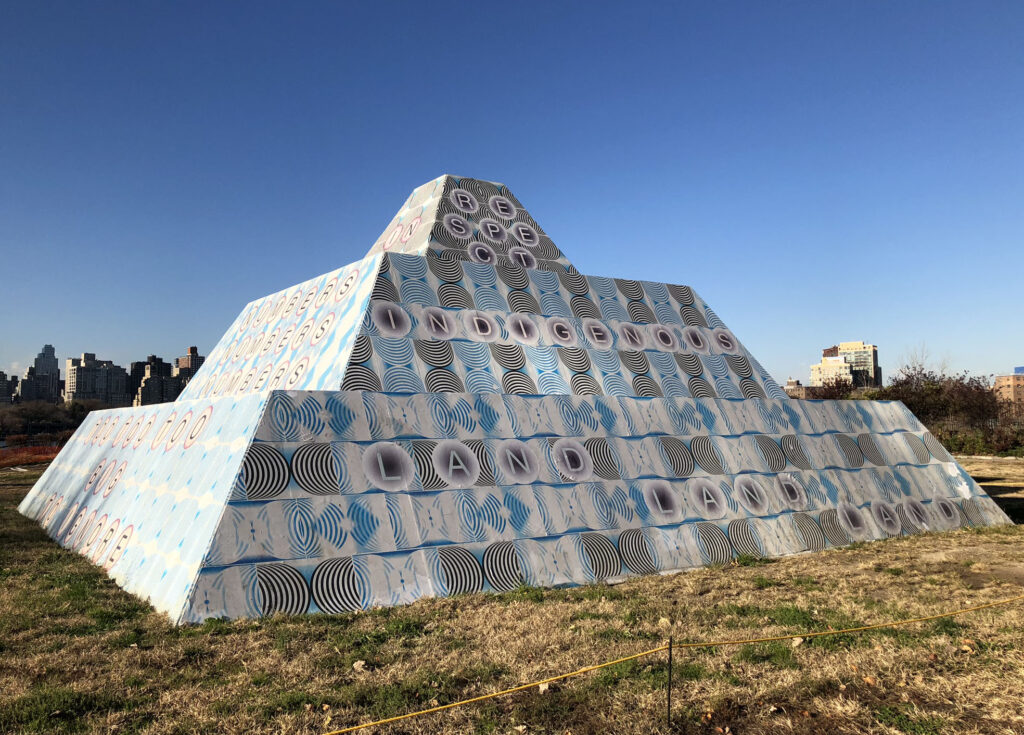 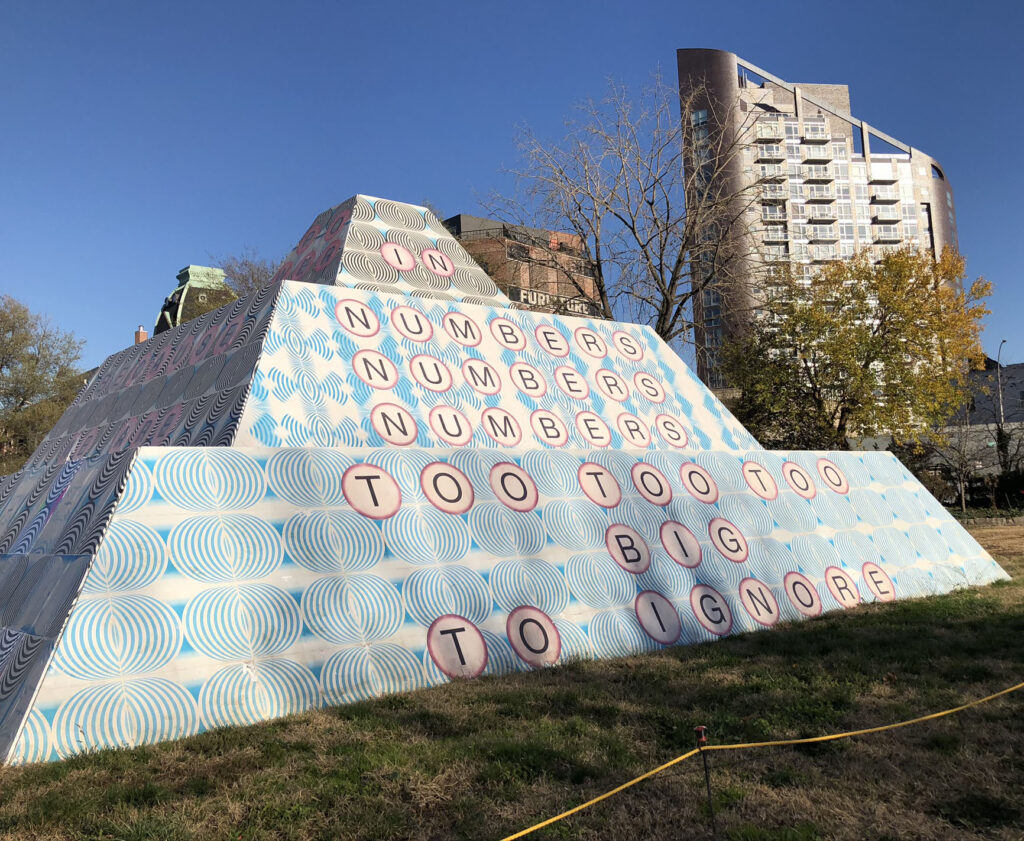 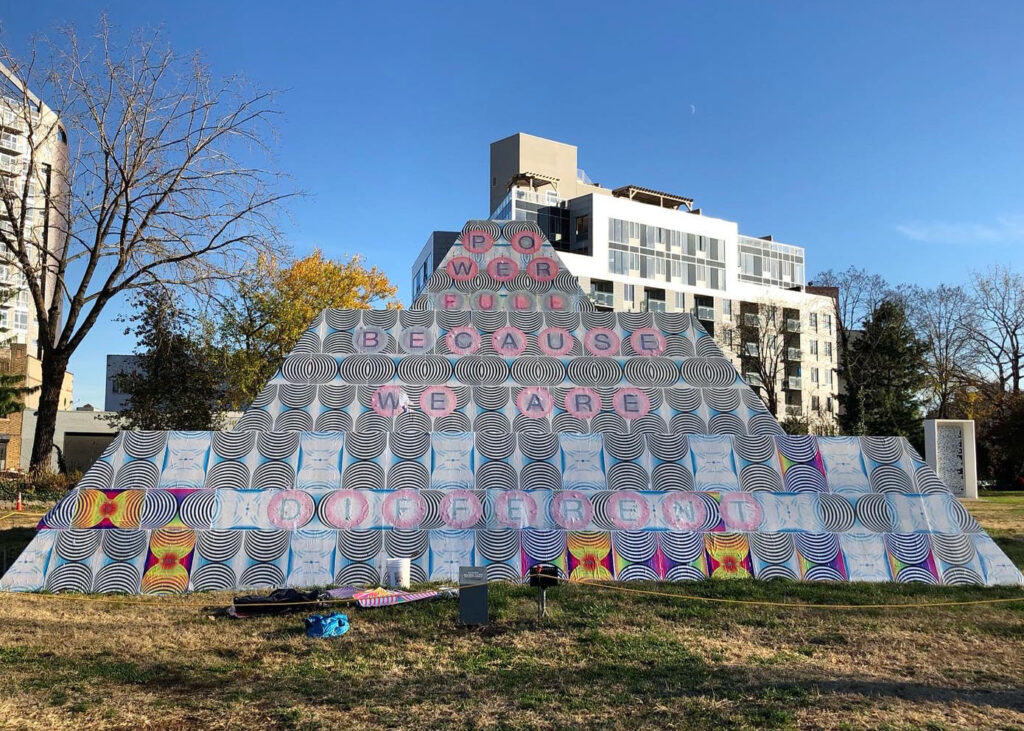 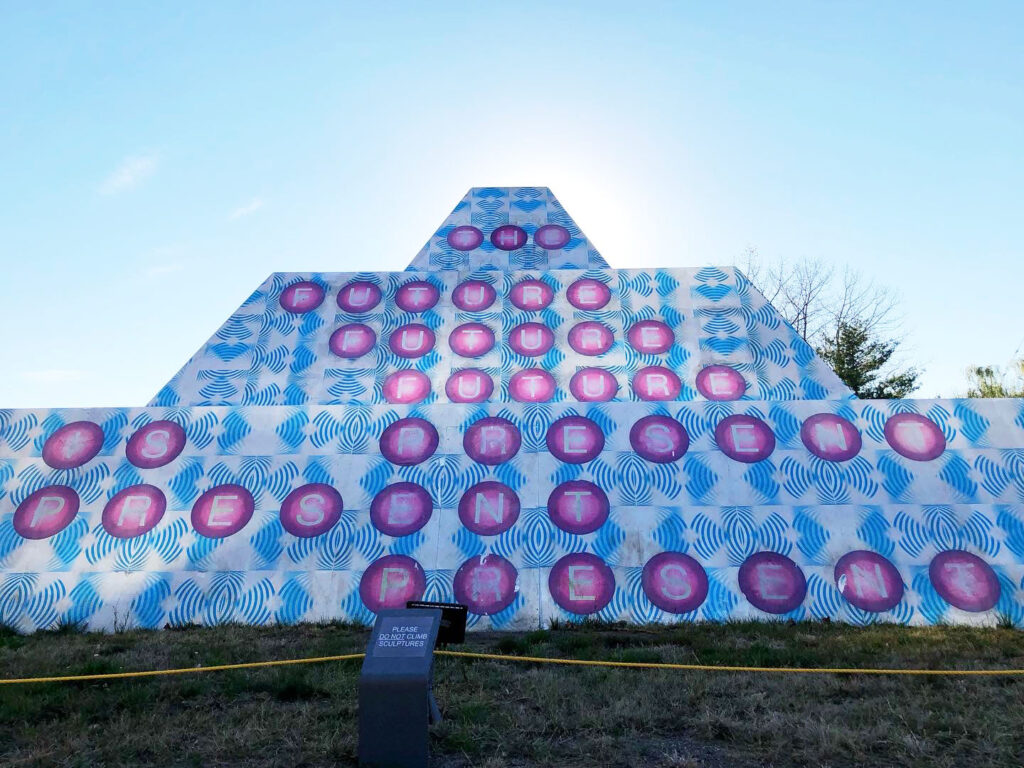 Happy Indigenous People’s Day! The work above, Because You Enter My House, It Becomes Our House, is by Choctaw-Cherokee artist Jeffrey Gibson. The sculpture was commissioned for Socrates Sculpture Park in New York, but is currently located at deCordova Sculpture Park and Museum in Lincoln, Massachusetts.

Jeffrey Gibson weaves together his Choctaw-Cherokee heritage and queer identity into vibrantly patterned painting, sculpture, video, performance, and installation. Drawing on Indigenous process and materials and queer camp aesthetics, his artistry aims to transcend binary thinking and corrects nostalgic views of indigeneity. Merging styles and historical references, Gibson states, “I have continued to think about my practice as encompassing the past and present while considering the future.” Gibson often integrates phrases and words into his artwork, with language drawn from pop songs to activist slogans, to offer open-ended declarations of love, community, and liberation.

Standing over 40 feet wide and 20 feet tall at the entrance to deCordova’s Sculpture Park, Gibson’s Because Once You Enter My House, It Becomes Our House commands attention to its stepped form and psychedelic facade. Originally commissioned by Socrates Sculpture Park in Long Island City, this installation expands Gibson’s signature artistry and collaborative process to a monumental scale. He took inspiration from North American Indigenous history, as well as queer nightlife to create this monument advocating for Indigenous space and culture. The tri-layered form references the earthen forms of the ancient Mississippian city of Cahokia which flourished in the seventh through the fourteenth centuries before European contact.

The title, Because Once You Enter My House, It Becomes Our House, comes from the song “Can You Feel It” by Mr. Fingers (Larry Heard). Gibson evokes 80s and 90s-era house music and night clubs as they provided welcoming spaces for queer communities and people of color. Mr. Finger’s lyrics embrace intimacy, generosity, acceptance, and community. This installation echoes this broad communal ethos as Gibson invited fellow Indigenous artists–Eric-Paul Riege (Diné), Luzene Hill (Eastern Band of Cherokee Indians), and Dana Claxton (Hunkpapa Lakota)–to co-create the wheat-pasted posters covering the façade of the installation and stage performances on and around the ziggurat.