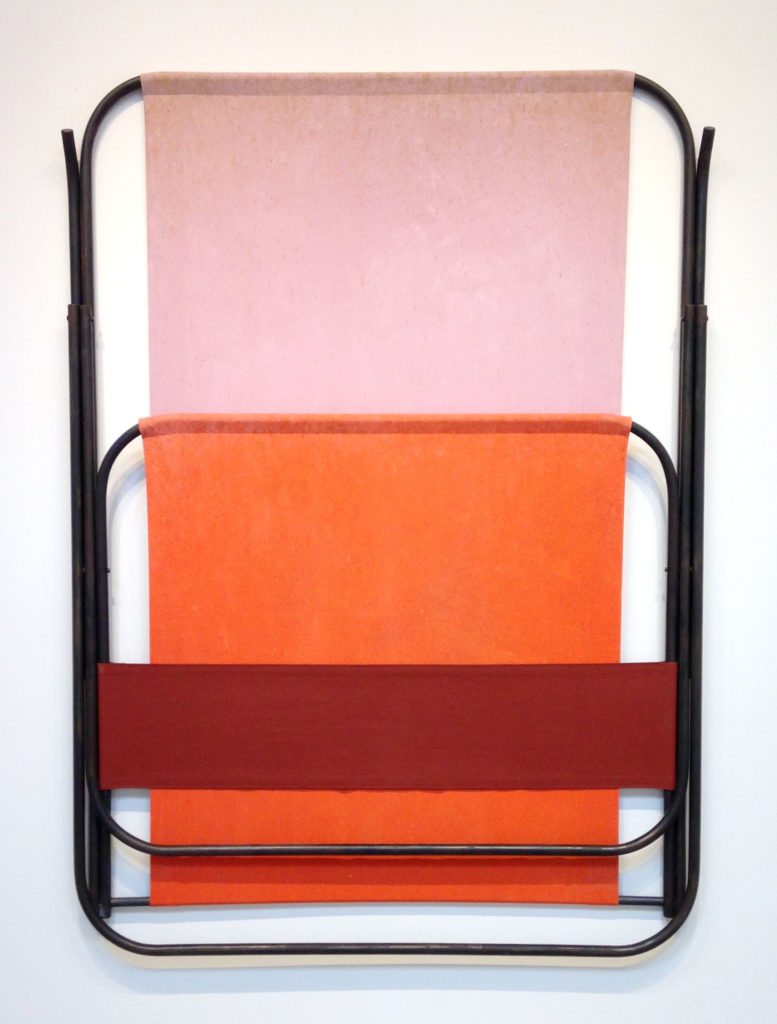 Ryan Brown’s Praia do Sancho (2015), from the 2015 group exhibition Extraction at Steve Turner in Los Angeles. For this work he used the structural components of stretched canvas to create this large work that resembles a beach chair. 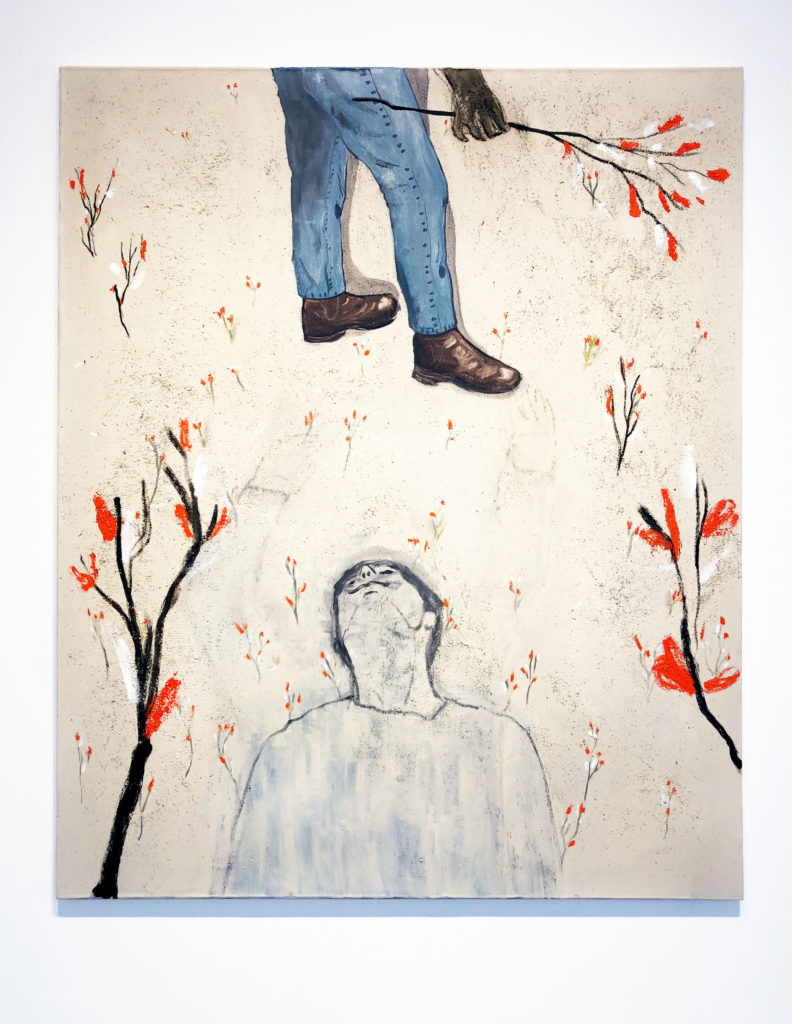 Francisco Rodriguez “In the Garden”, 2019 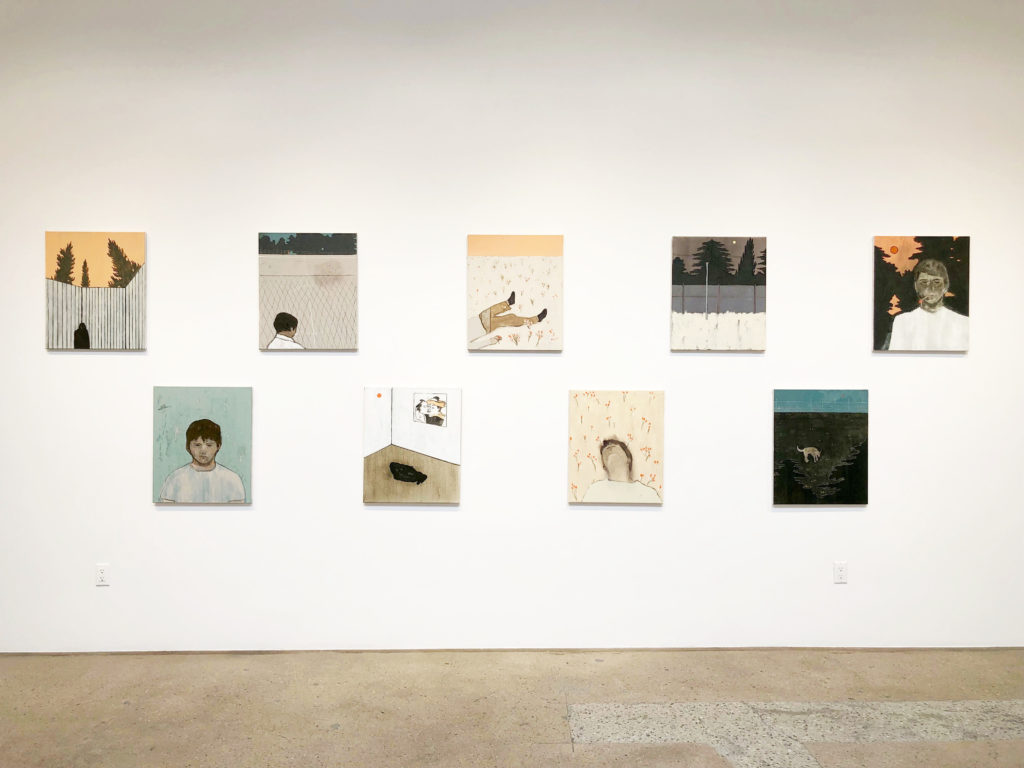 Steve Turner is pleased to present Midday Demon, a solo exhibition of new paintings by London-based Francisco Rodriguez, most of which feature an isolated male figure within a desolate urban landscape. In some, the figure is upright and smoking a cigarette. In others, he appears to have passed out. The artist describes the bleak setting as one that fosters exhaustion, listlessness, sadness, dejection, restlessness, anxiety and depression. Rodriguez observed the phenomena of the “midday demon” while growing up in Santiago, one of the largest cities in South America; again in London where he has lived for the last five years; and also during a recent residencies in Poland and Ukraine. He ponders the effects of the oppressive midday sun and wonders if such “spirits” actually do appear at that hour. Are his figures victims of some  “midday demon”; or are they the demons themselves?

In the second gallery are Rebecca Shippee’s paintings for The Creators, featuring four portraits that are scaled to life and painted from observation.

Her subjects are queer, their bodies altered medically or through wardrobe choices. One figure bears top-surgery scars and whimsical tattoos, while another wears emerald green silk pajamas and a nameplate reading Boyland. The show’s title refers to self-fashioning, the art of inventing oneself, a pursuit particularly vital to queer life as well as to the fact that all the sitters are cultural creators–artists, writers and activists. In choosing to portray individuals with whom she has close personal relationships, Shippee rejects the traditional notions of “active artist” and “passive muse.” Instead, she portrays the sitters as creators of their own images. 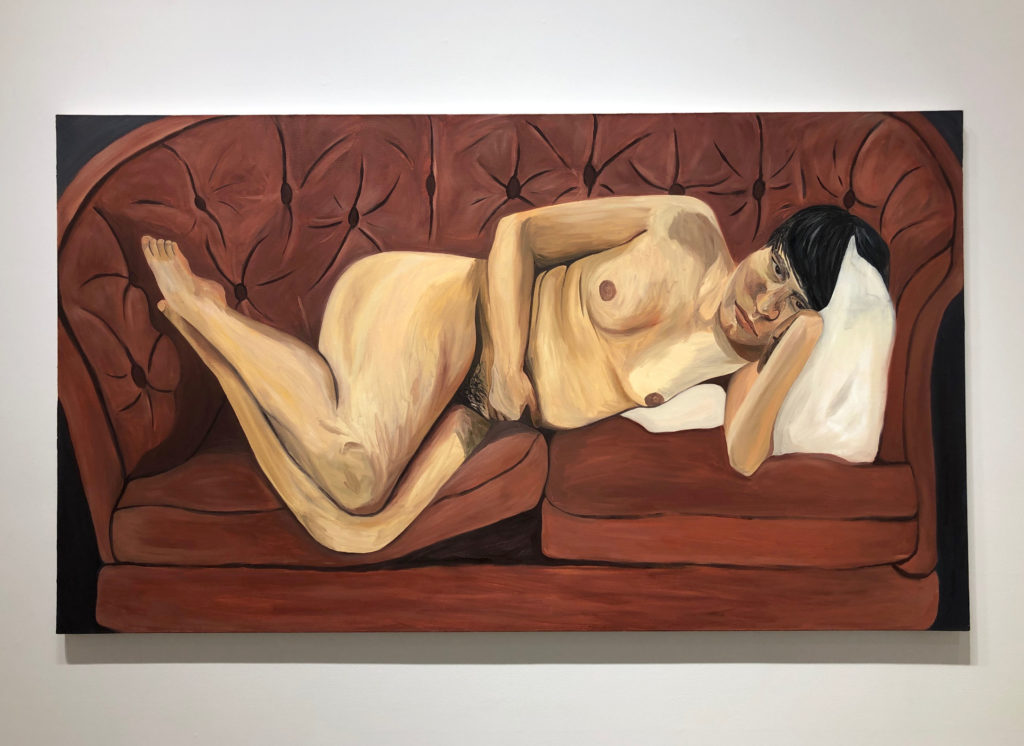 In the third gallery are Jon Key’s paintings for Violet Alabama, a solo exhibition “inspired by the artist’s personal history and memories of growing up in rural Seale, Alabama”.

Through self-portraiture, Key explores the lineage and history of his identity through four themes–southern-ness, blackness, queerness, and family–each of which he represents chromatically with green, black, violet and red. He will also exhibit portraits of his father and grandfather to highlight the friction between the generations and the challenges of being a queer Black man in the Deep South. 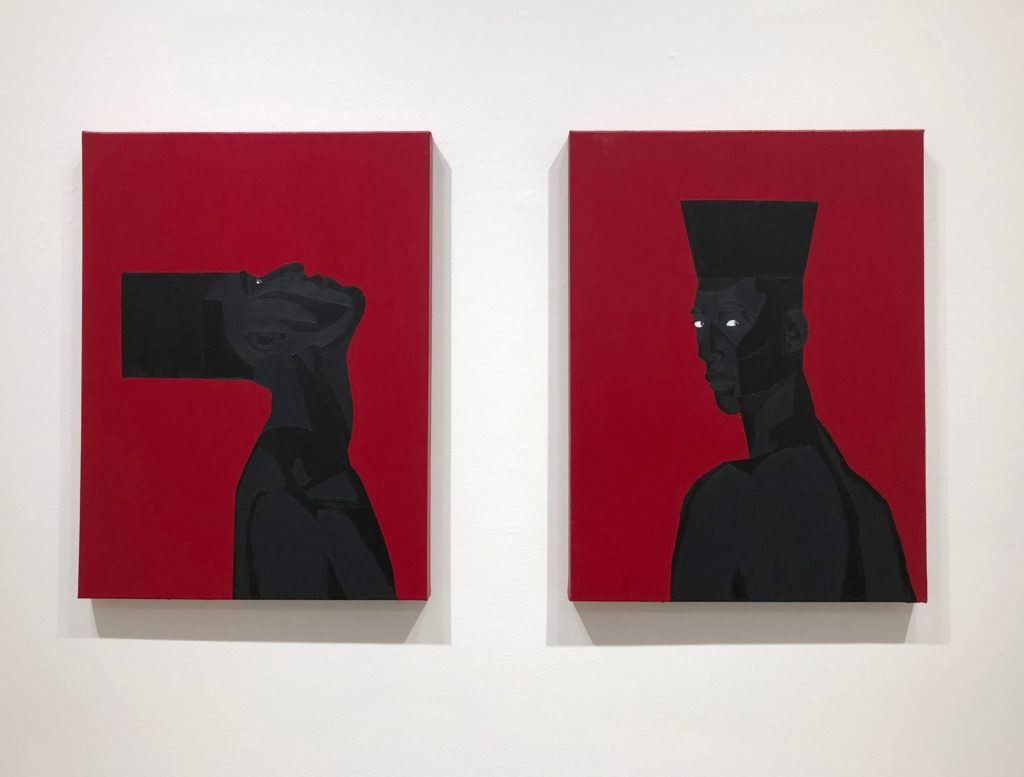 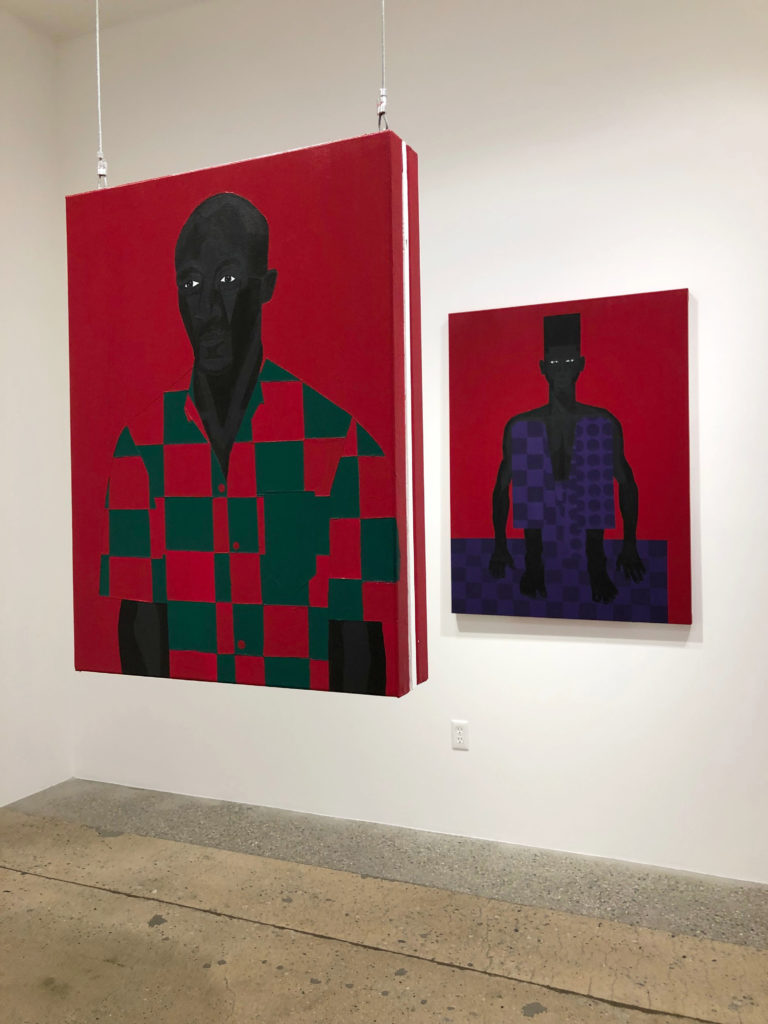