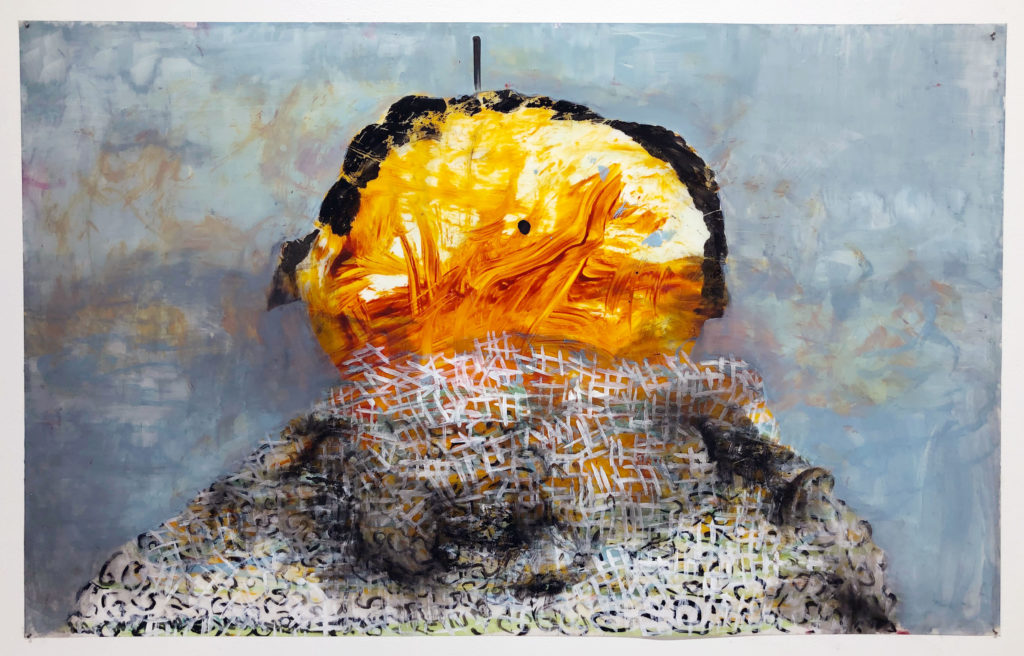 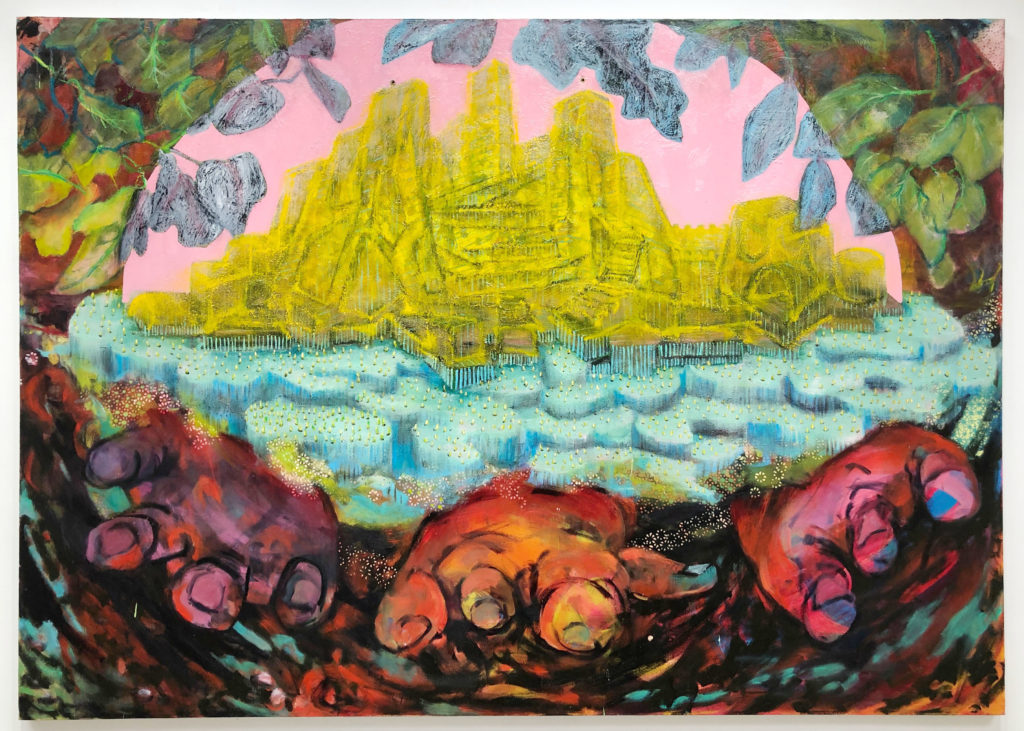 Currently at Klowden Mann is Alexandra Wiesenfeld’s exhibition They found ritual and order but couldn’t see the real (year 3008), her fifth solo exhibition at the gallery.

The show features a series of large-scale oil paintings on canvas in which Wiesenfeld imagines a heightened future Earth–long after the climate has tipped–with few humans and very little evidence remaining of our time dominating the planet.  The works are non-narrative: abstracted landscapes formed in vivid colors, offering the state of mind and eye of a future on the other side of our current strategy of dominance at all costs, and its consequences…

Wiesenfeld’s new works are visual representations of a time past the context of the structures humanity has built, and the vast resources we have mined and violence we have justified to sustain them. In her statement, Wiesenfeld writes, “Painting these invented landscapes is as much about climate grief, escapism into a sci-fi world as an act of devotion to the beauty of the natural world, even if no longer viable for us. They are about the human need for myth-making when facing landscape alone.”

Wiesenfeld forms the paintings through layers of color without a referent; made from imagination and impulse, there are often many stories of imagery and tone under the final painting.  Several of the paintings include grids of colored dots that disappear and reappear on the surface, under and over forms that feel like rocks, flesh, plant life we have never seen. The dots often appear as a partially-formed system of analysis–visual schematics through which to understand land that is no longer familiar… 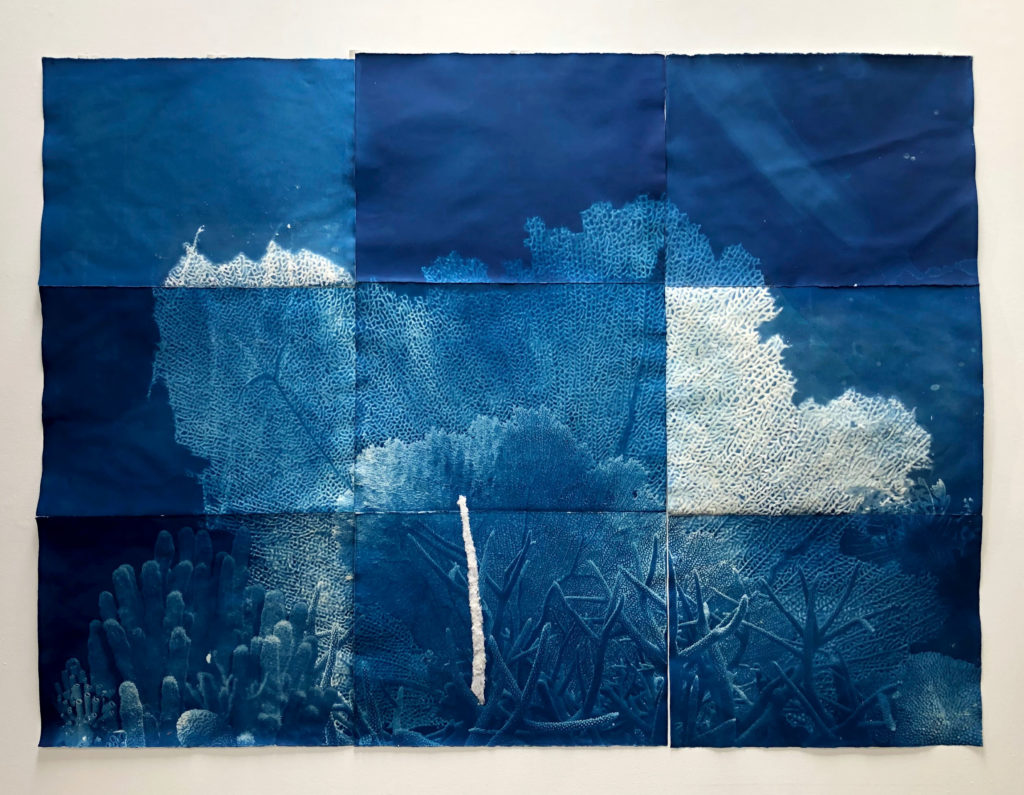 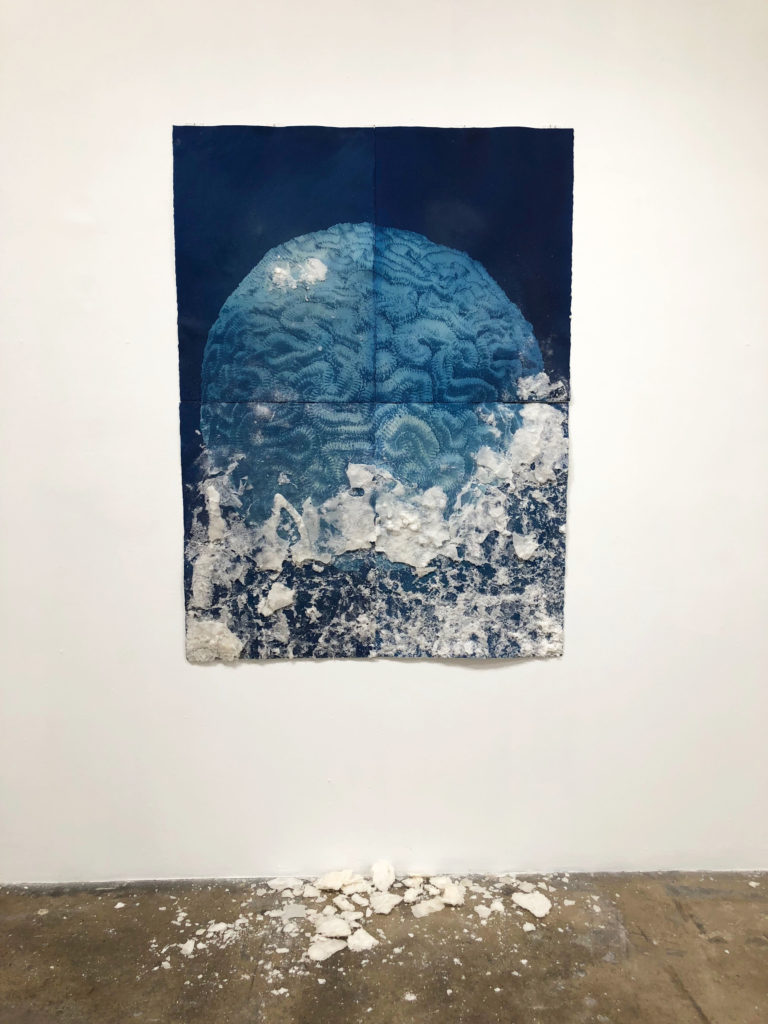 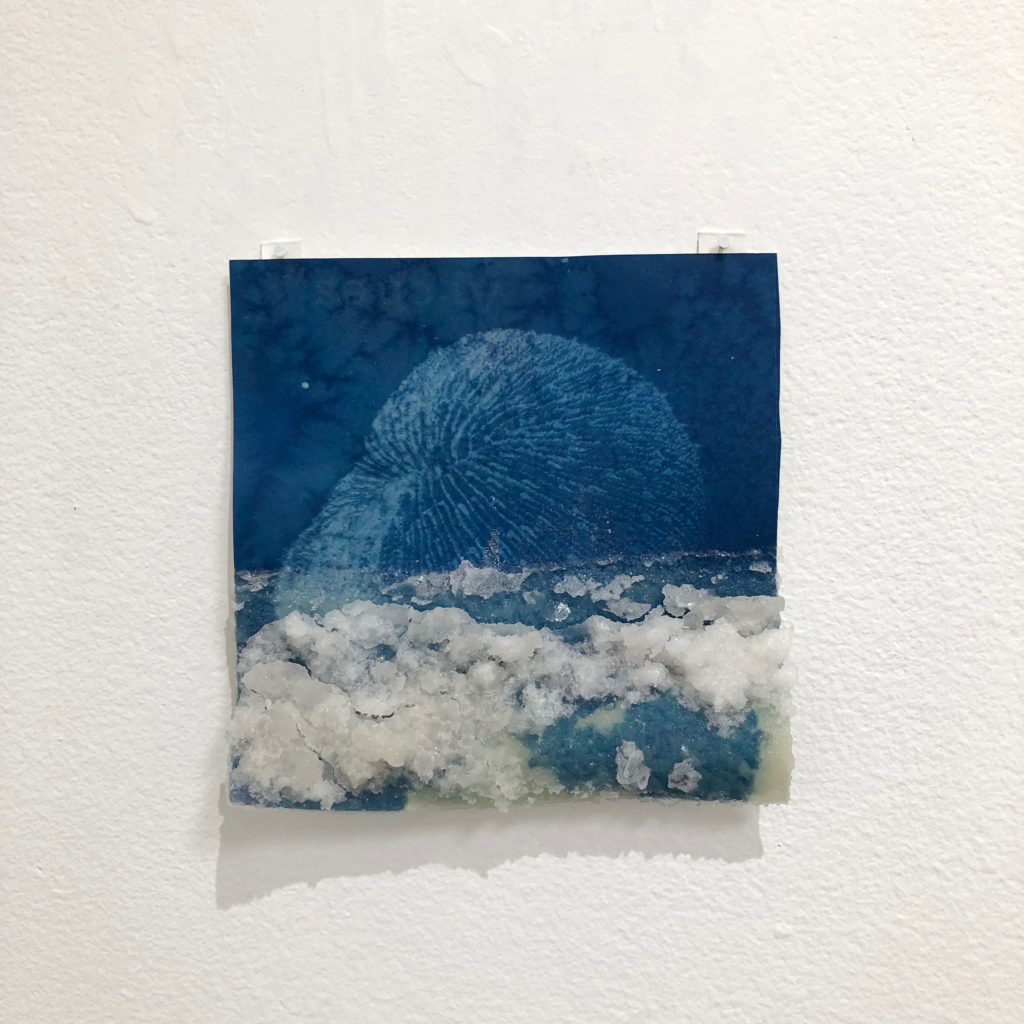 Vince Staples- Lift Me Up

Crocodiles are playing with AJ Davila at the Bootleg Theater

Paper Bird, Laura Burhenn of The Mynabirds and Bones Muhroni are playing a free show at The Satellite

Chad Valley is playing with Computer Magic at The Echo

Vince Staples is performing at the Air + Style music festival at Exposition Park along with Flume, Chromeo, Vic Mensa, St. Lucia, The Shelters, Phantoms and RKCB.

The Aero Theatre in Santa Monica is hosting a Dead of Winter Horror Marathon. $25 gets you admission to Return of the Living Dead, Re-Animator, Evil Dead II, Cemetery Man and Night of The Creeps

Kan Wakan is playing at the Bootleg Theater with Moon Honey

Surf Curse, Care, and Kuromi are playing a benefit show for the ACLU at The Smell

The Aero Theatre is showing Ingmar Bergman’s The Seventh Seal 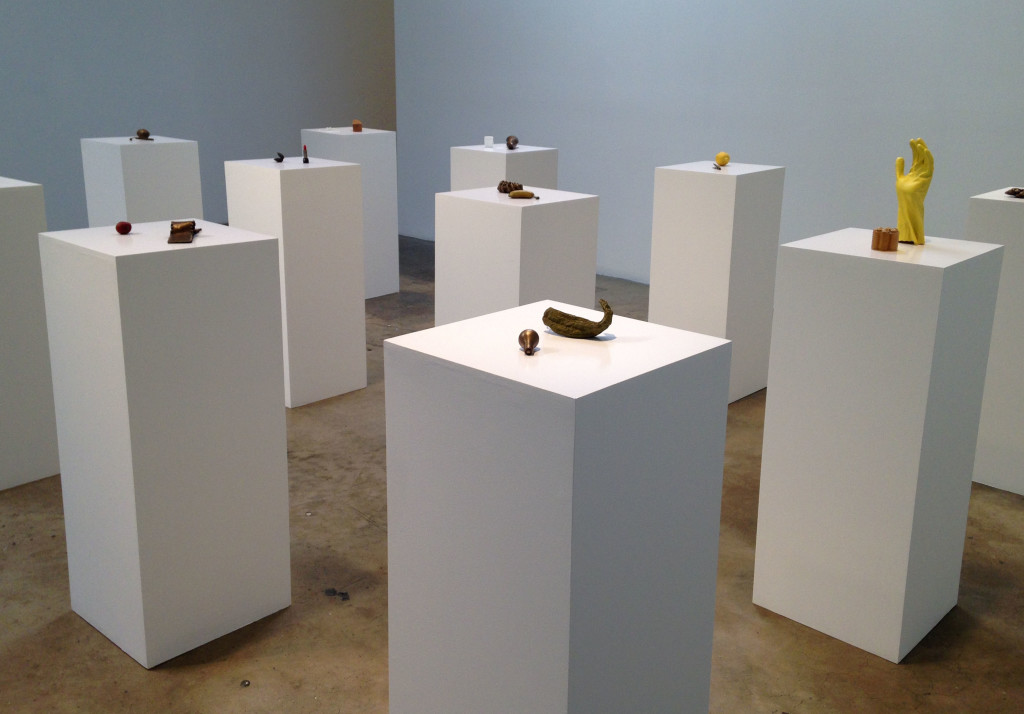 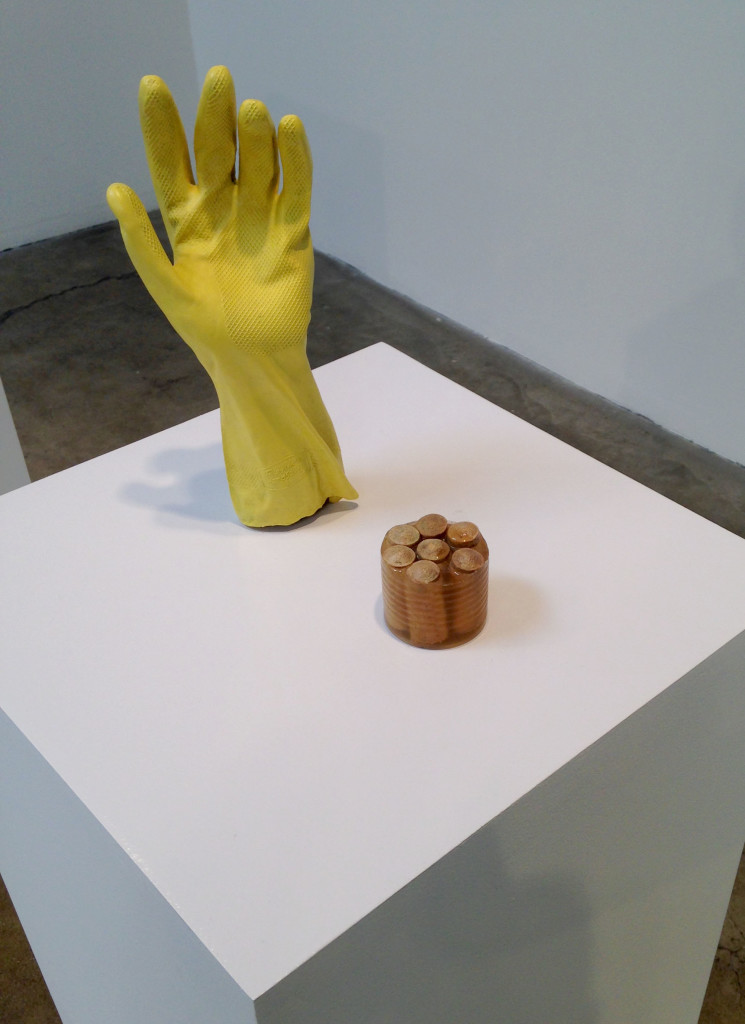 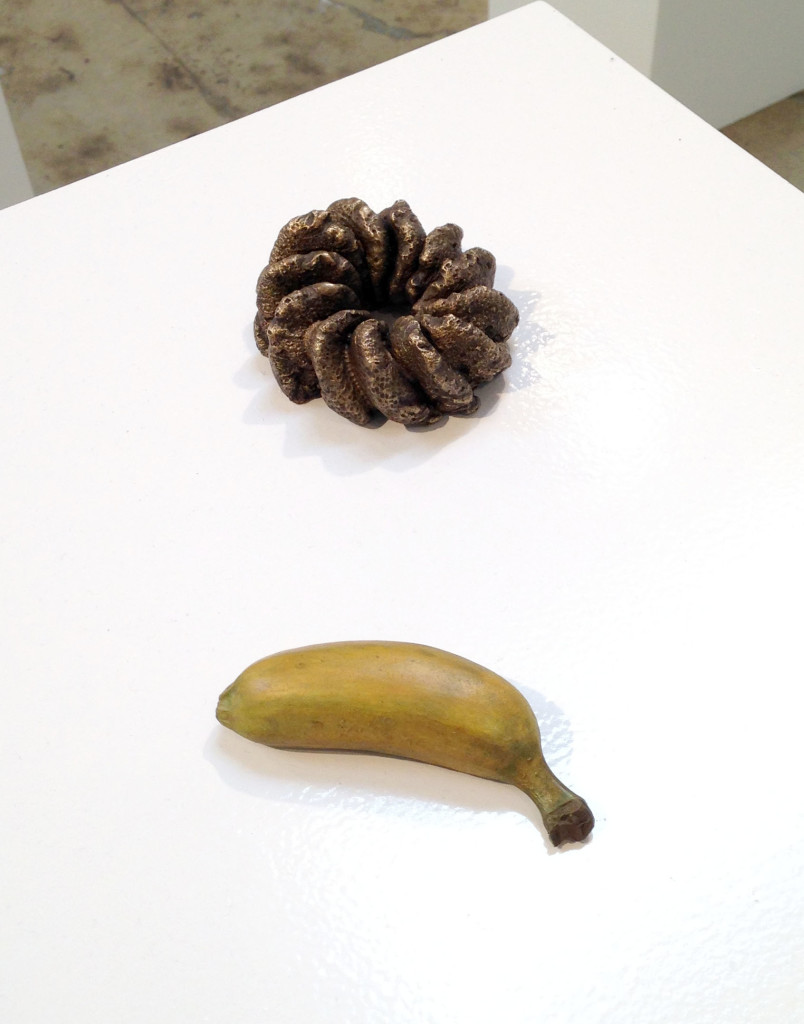 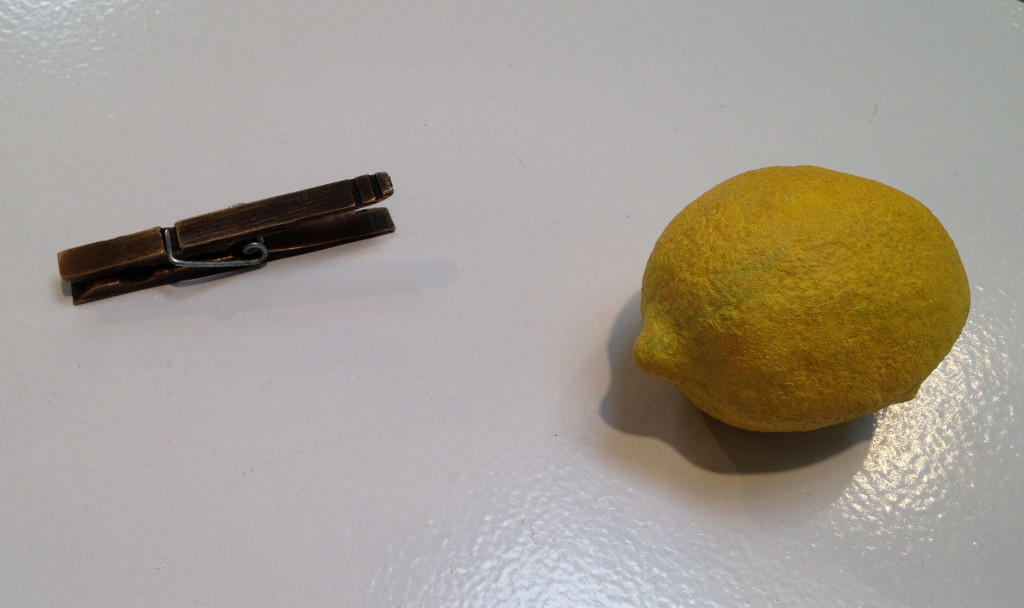 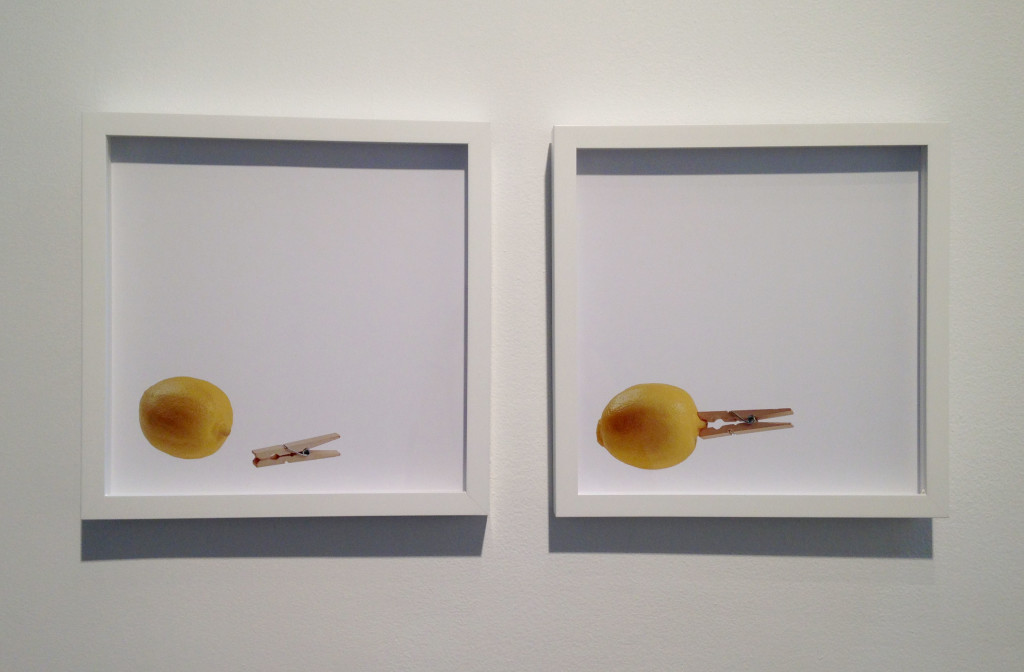 Bettina Hubby’s exhibition, THE SEXUAL BRONZE SHOW at Klowden Mann presents several pairs of common objects cast in bronze that take on sexual relationships . This is made even more clear in the back room of the gallery where there are photos of the objects interacting.

And it is definitely meant to be funny, as this quote from Hubby indicates (taken from the press release)-

“I take my humor seriously. I focused intently and took a survey, then plunged deeply and engrossed myself into the grocery aisles to find these pairings and made monuments to my match-made couples’ various proclivities. I honor their diversity and their freedom of expression. I bronzed their essence and photographed them in a white bed of light to reveal their true natures; they gleam with a confident appreciative post-coital sigh.” – Hubby 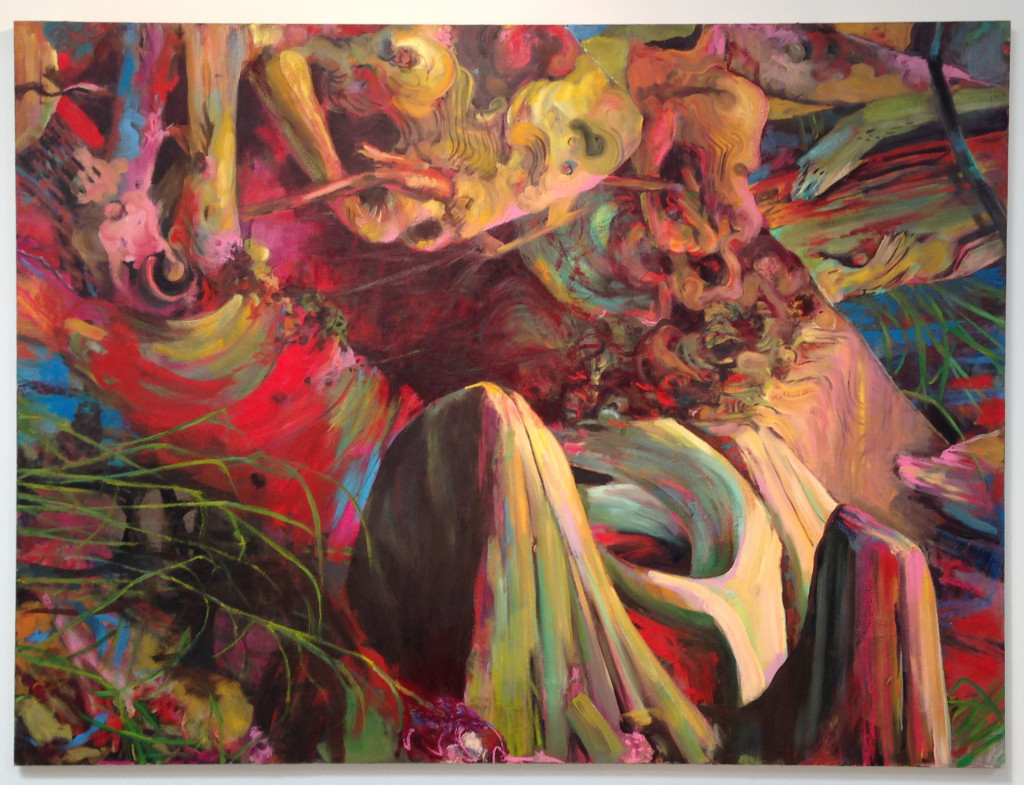 Alexandra Wiesenfeld‘s current  exhibition at Klowden Mann when i when if when lie when life (Xavier Villaurrutia) is filled with lush paintings which (according to the press release) are a “meditation on landscape, desire, human presence/absence, and the nostalgia and longing embodied by natural landscape at a moment in which human history faces a growing recognition of its own eventual erasure.” This show closes 5/30. 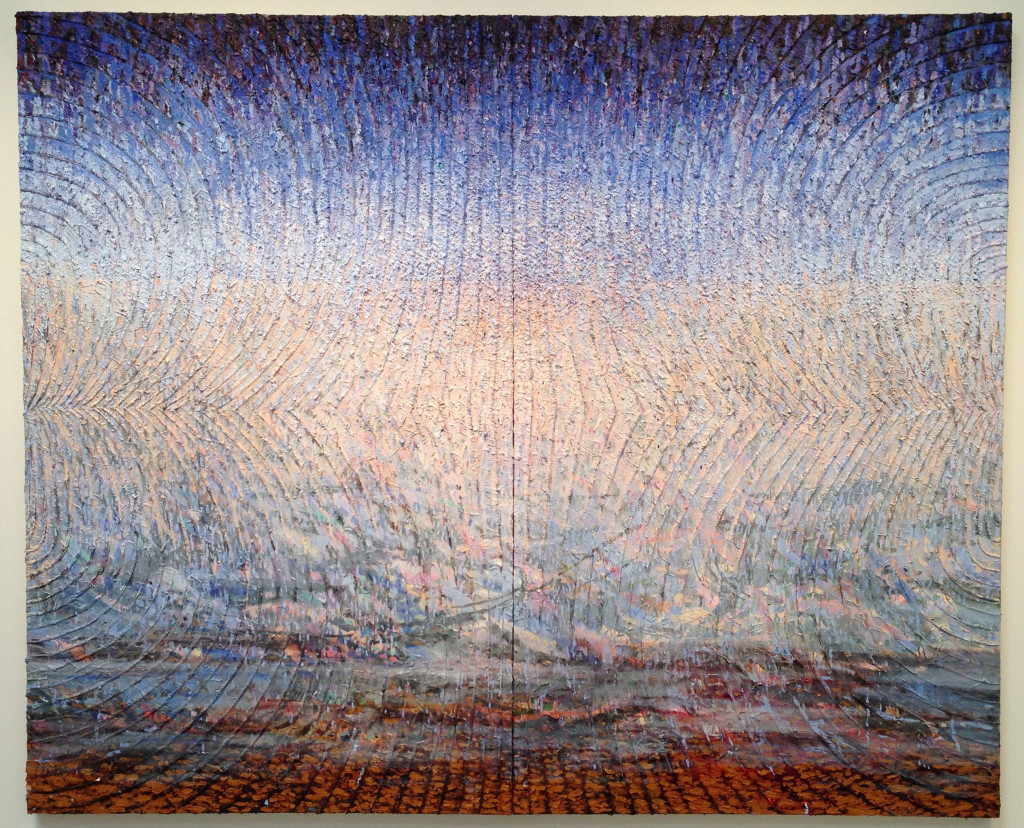 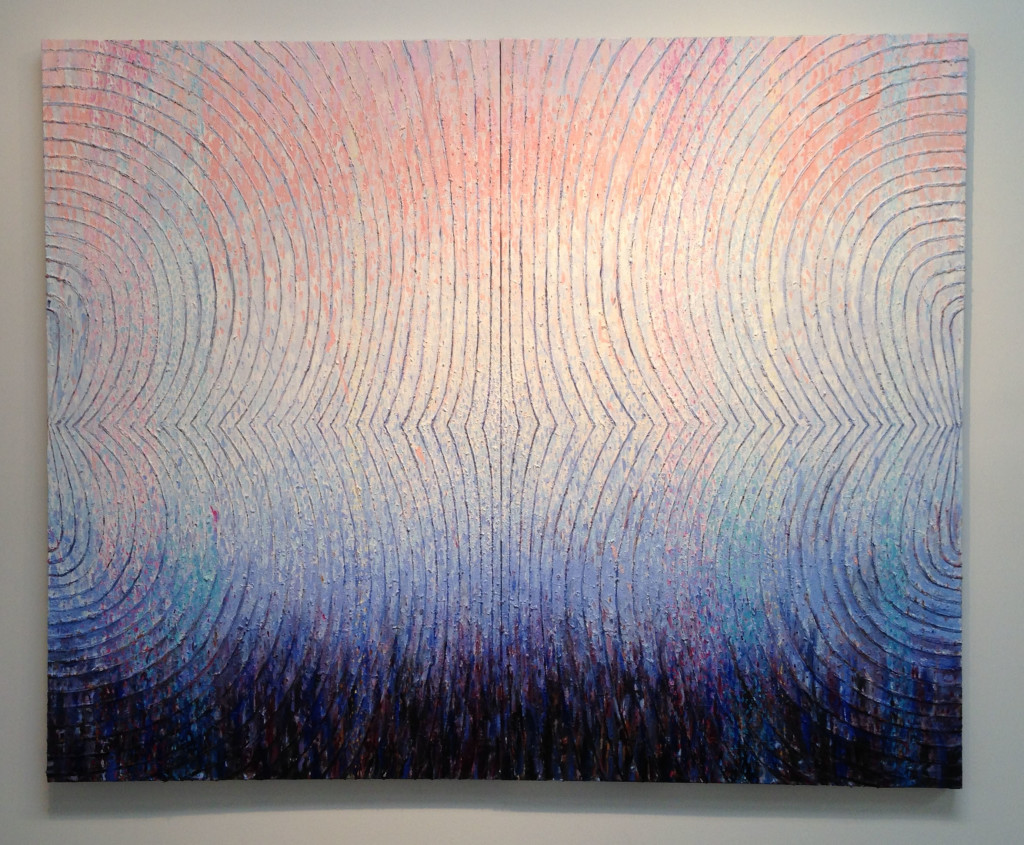 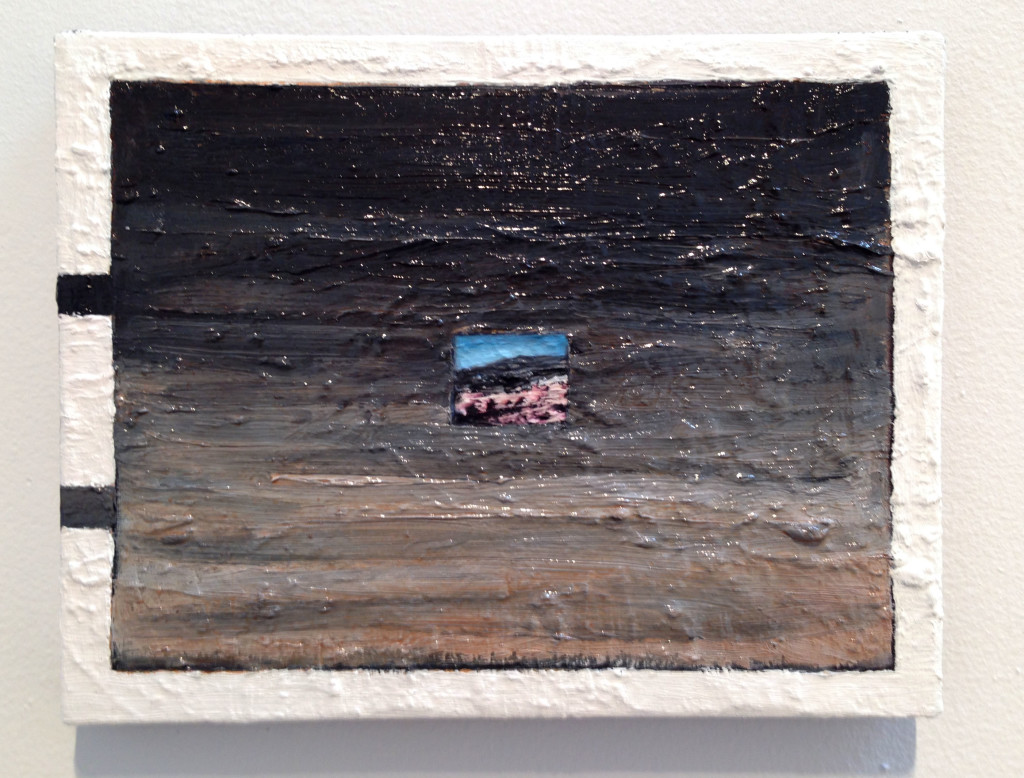 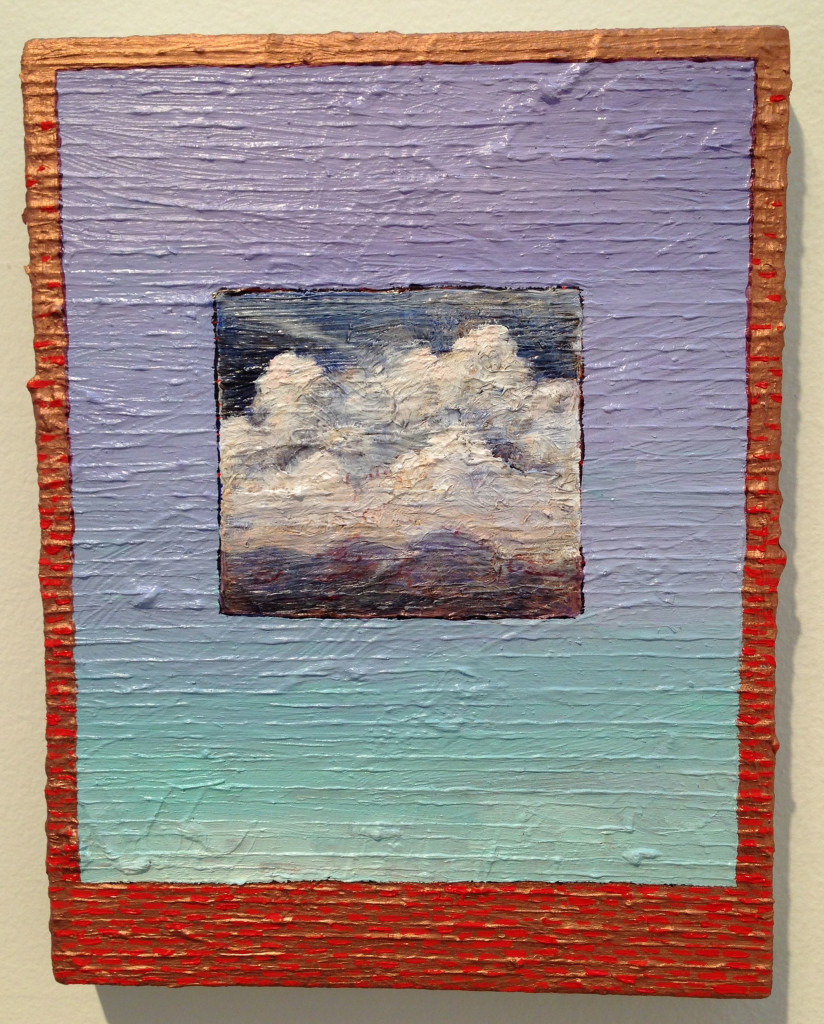 For Los Angeles based artist Christine Frerichs’ show at Klowden Mann she has painted in two sizes, large and small. There is an incredible energy to the large paintings, with their waves of motion moving over dense layers of colorful paint. In her smaller paintings there is a more concentrated imagery, often seeming like paintings of the memories of photographs.

The show is Frerichs’ second with the gallery, and continues her focus on memory, relationships and the construction of personal identity, as expressed through abstract painting.  The exhibition centers around a series of paired canvases layered with thick oil paint, acrylic and wax, using subtle, bold, light and dark colors, and curving textured lines which ripple across each of their surfaces.  These formal qualities describe an abstracted representation of two figures, and the visceral experience of different landscapes as they relate to the physical and emotional self.