Bennett Simpson and Rebecca Lowery will be giving an exhibition walk through of The Foundation of the Museum: MOCA’s Collection at The Geffen Contemporary at MOCA (both MOCA locations are free on Thursday evenings)

Mogli is playing at the Moroccan Lounge with Josin opening

Skirball is hosting Late Night! Pride in Fashion- celebrating the beginning of Pride Month with a celebration of the exhibitions Fearless Fashion: Rudi Gernreich and Black Is Beautiful: The Photography of Kwame Brathwaite from 6-10pm plus a DJ, food trucks, a cash bar and more

FEMMEBIT is a “platform and triennial festival uniting an all-female roster of Los Angeles based artists working in video and new media”. There will be screenings, panel discussions, live performances and more taking place at Civic Center Studios

The free Lummis Days Festival celebrates the arts, history and ethnic diversity of Northeast Los Angeles with programming that includes a screening of Con Safos:Reflections of Life in the Barrio by Emmy Award winner Jimmy Velarde at Occidental College on Friday, plus live music, exhibitions, workshops, dance performances and more at various locations on Saturday and Sunday

The Specials are playing at The Novo with L.A. Salami opening

Jai Wolf is playing at The Shrine Expo Hall with Shallou, Evan Giia, and Ford. opening

Plastic Cactus are playing at The Hi Hat with Easy Love, Chelsea Rose, and The Sob Sonnets

MOCA Community Day is taking place at The Geffen Contemporary at MOCA and is centered around the homelessness crisis in LA, specifically “the youth population affected by the crisis, and how creative experiences can spark change”. The day will feature performances, information booths, workshops, and activities over the course of the day. (free) 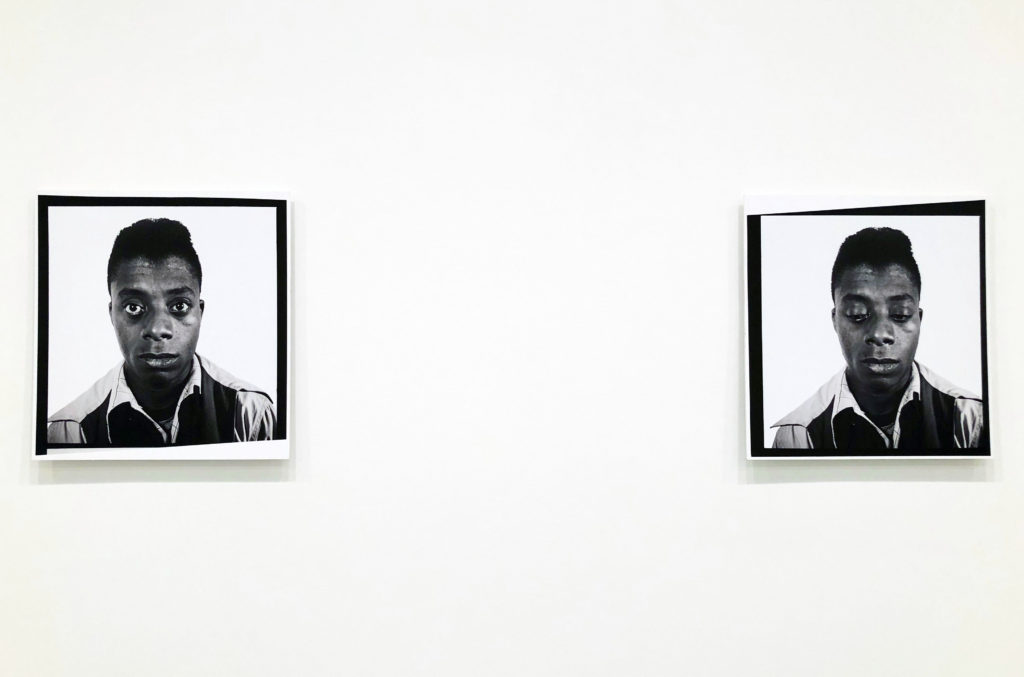 This month there are a lot of excellent exhibitions on view in Chelsea.

At David Zwirner is God Made My Face: A Collective Portrait of James Baldwin, a group show curated by writer Hilton Als. The works are varied and include portraits by Richard Avedon (shown above), a friend of Baldwin’s who also attended De Witt Clinton High School with him, as well work by Njideka Akunyili Crosby (seen below), Kara Walker, James Welling, Beuford Delaney, Glenn Ligon and many more. 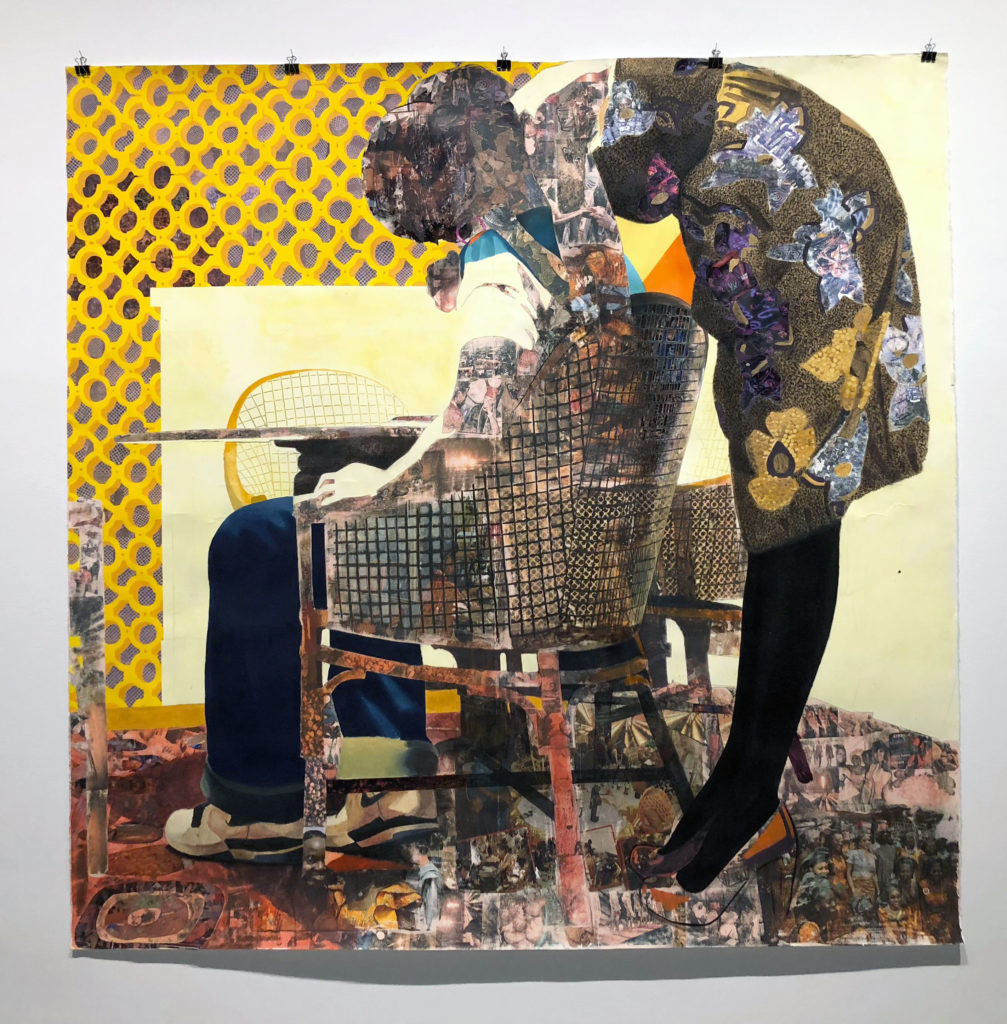 Nyado: The Thing Around Her Neck, 2011 by Njideka Akunyili Crosby

Benjamin’s practice is rooted in a vigorous meditation on blackness, considering: “What is the color black?” “What does black sound like?” “Is it an adjective, a verb, an essence, or all of these components mixed to create a nuanced whole?” For his large-scale monochromatic paintings, Benjamin thickly coats the canvas in varying shades of black, producing a sensation of boundless depth. This is further accentuated by Benjamin’s application of the particular tonality’s name within the field of color—the words appearing to float and dissipate within the richness of the paint itself. The development of these paintings followed an ordinary visit to a hardware store, where Benjamin was confronted with the many permutations of commercial black paint. Shades of black came with emotive titles like “Totally Black,” “New Black,” and “Pure Black,” among numerous others. For Benjamin, this sparked a multi-layered investigation of the color and whether it could be distilled or understood differently within the context of a painting or the color itself.

… Benjamin’s practice also extends into a conceptual investigation of sound, and how “black” can be conveyed and experienced aurally. In these works, he often uses single and multi-channel video installations to loop portions of particular historic and cultural footage to isolate fragments of collective memories or internalized narratives. With Black is the Color (2015), which will be included in the exhibition, Benjamin arranges a towering cluster of antiquated televisions, forming a glowing grid that endlessly repeats a segment of Nina Simone’s 1959 performance of “Black is the Color of My True Love’s Hair.” Here, Benjamin appropriates only the words “Black is the Color,” creating an abstraction of the song that reveals the contradictions and parallels between the notion of black being the color and it being a color. Moving fluidly from sound installation to painting to photography and sculpture, Benjamin’s practice is driven by the idea that blackness, whether explored as a matter of conceptual inquiry or identity, cannot be captured in a single action, emotion, or language. 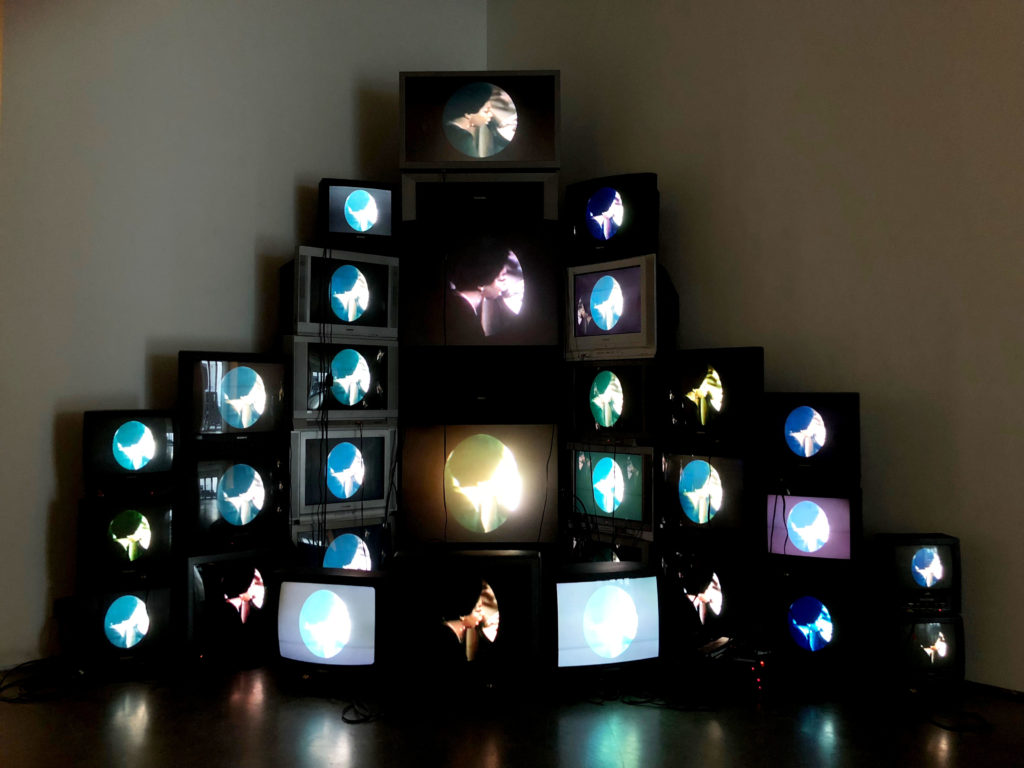 Black Is The Color 2015 by Paul Stephen Benjamin

At Yancey Richardson is Blue Sweep, an exhibition of Andrew Moore’s beautiful photographs, taken in Alabama and Mississippi over the course of three years. 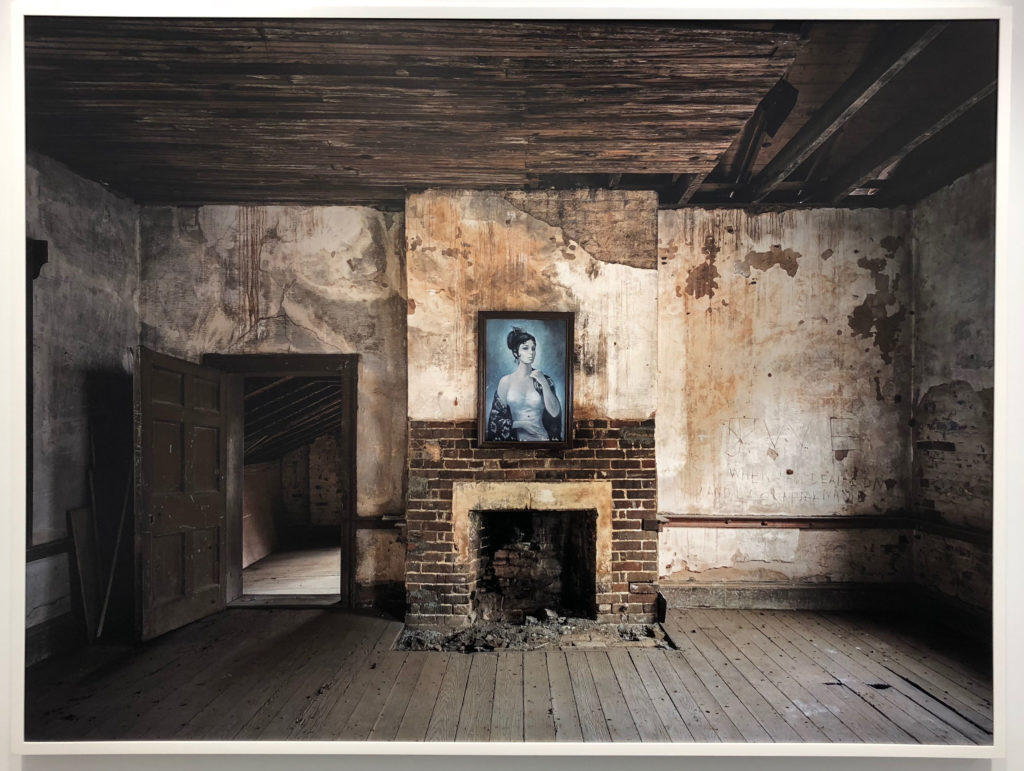 At Bryce Wolkowitz Gallery is Oliver Jeffers’ charming painting exhibition For All We Know. If his work looks familiar it may be because Jeffers is also the author of several critically acclaimed picture books.

This series of paintings illuminate a dream-like nocturnal world populated by astronauts, deep-sea divers, sinking ships, floating pianos, and burning matches. Omnipresent throughout are the night sky and the ocean – the two great and unknown frontiers – glittered with the imaginary lines that create constellations, serving in this case as a mysterious key to unlock our world.

Expanding on years of observation, from the history of his upbringing in Belfast, to contemporary New York City, Jeffers’ evokes the precarious state of our home and its inhabitants. Inspired by Buckminster Fuller’s seminal book Operating Manual for Spaceship Earth, he presents pianos as dubious flotation devices and our planet presented as a cumbersome motor vehicle, overheating as we argue over what to play on the radio. From researching astronaut’s descriptions of looking at Earth from the distance of the Moon, Jeffers noticed certain recognizable patterns to the way in which he discussed the politics of his hometown from a vantage point of across the Atlantic Ocean. In finding that few people outside of Northern Ireland knew or cared of the intricate conflict there, a great waste of time was revealed: a divided population identical to each other in every way save for the flags they flew and the stories they told. Tragically, each side’s identity are still firmly rooted to the existence of the other, and therefore locked into a spiral of repeated patterns. 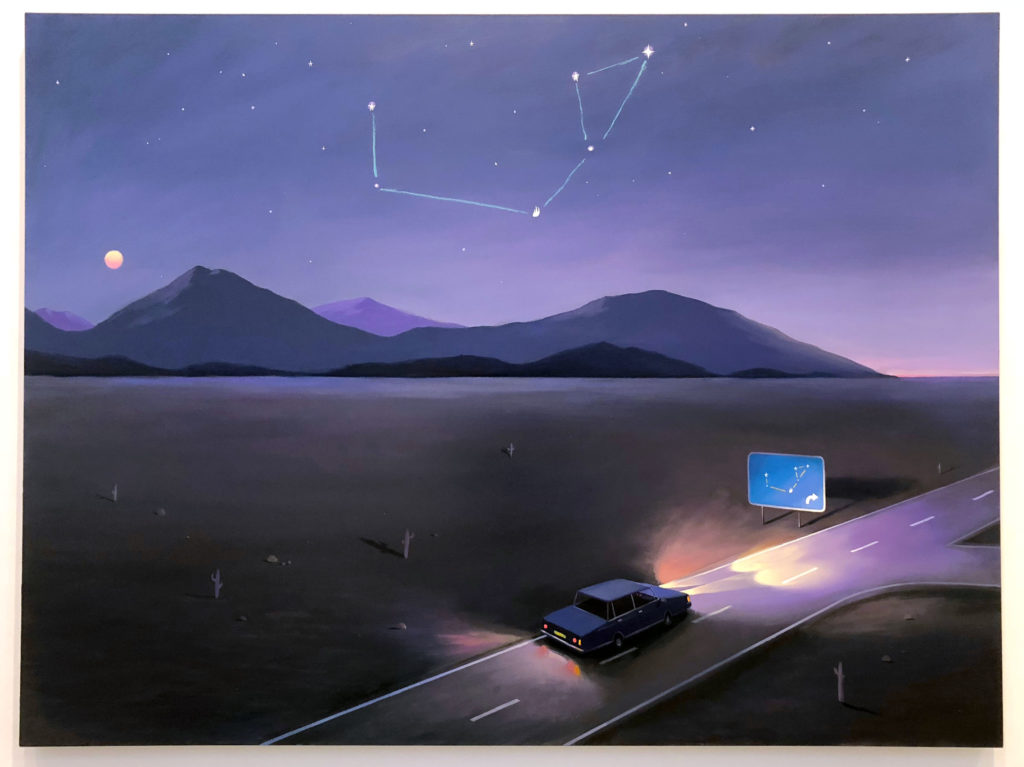 At both of Jack Shainman’s locations are a series of impressive paintings by Lynette Yiadom-Boakye. 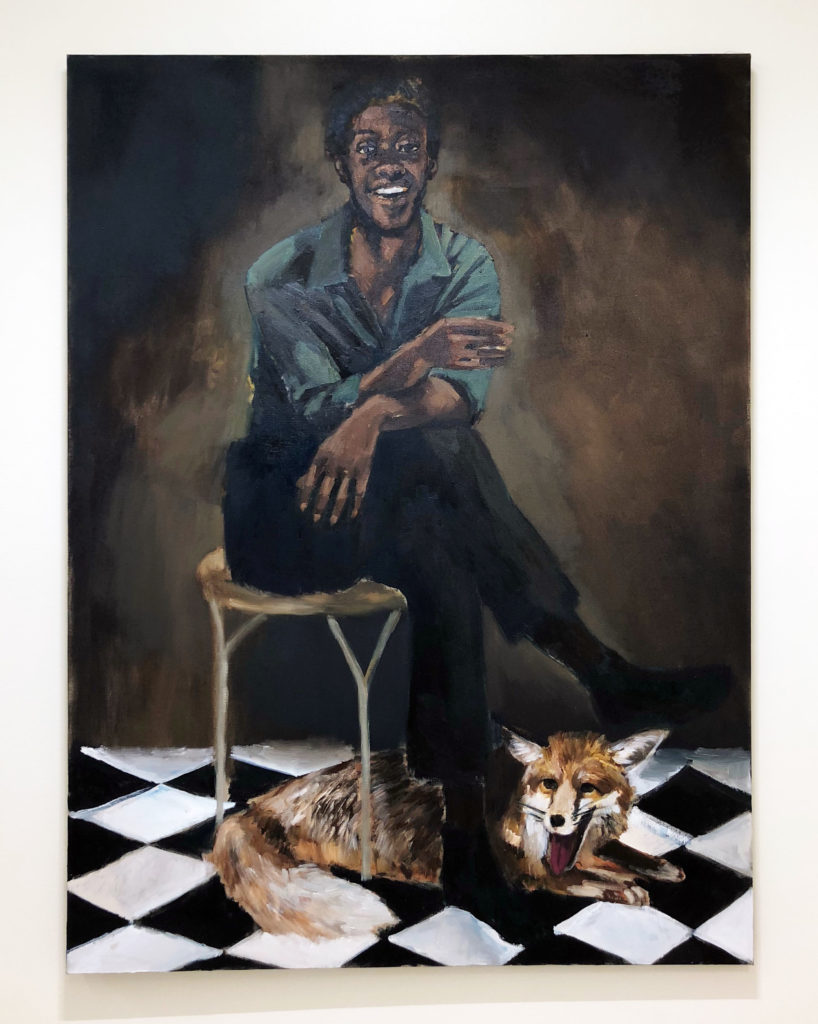 Black Allegiance to the Cunning, 2018 by Lynette Yiadom-Boakye

For a new kind of exhibition experience, Asad Raza has organized the group show Life to Come, at Metro Pictures which “brings together works that meditate on the creation of new worlds and new models for living.” There are no labels or listings for the works included in the show. Instead there is a guided tour by hosts who take you around the various works to help you draw connections between the objects. Adding to the uniqueness of the experience, at one point the host pauses while talking and partially in motion, recreating a work by artist Tino Sehgal, and at another they show you that they have changed their eye color, a work by Rirkrit Tiravanija.

Experiencing these works together incites intellectual, physical, and spiritual understandings of what it means to make an entirely new world, one in which reality is made from fiction. Raza asserts that “by re-immersing ourselves in the strangeness and fecundity of attempts to create worlds that have gone before, our imagination of a world beyond the present may be renewed.” The uncertainty about what new paradigm awaits us is unsettling in the wake of the modernist 20th century, but it links us to previous generations who experienced radical reinventions of biological and social life. 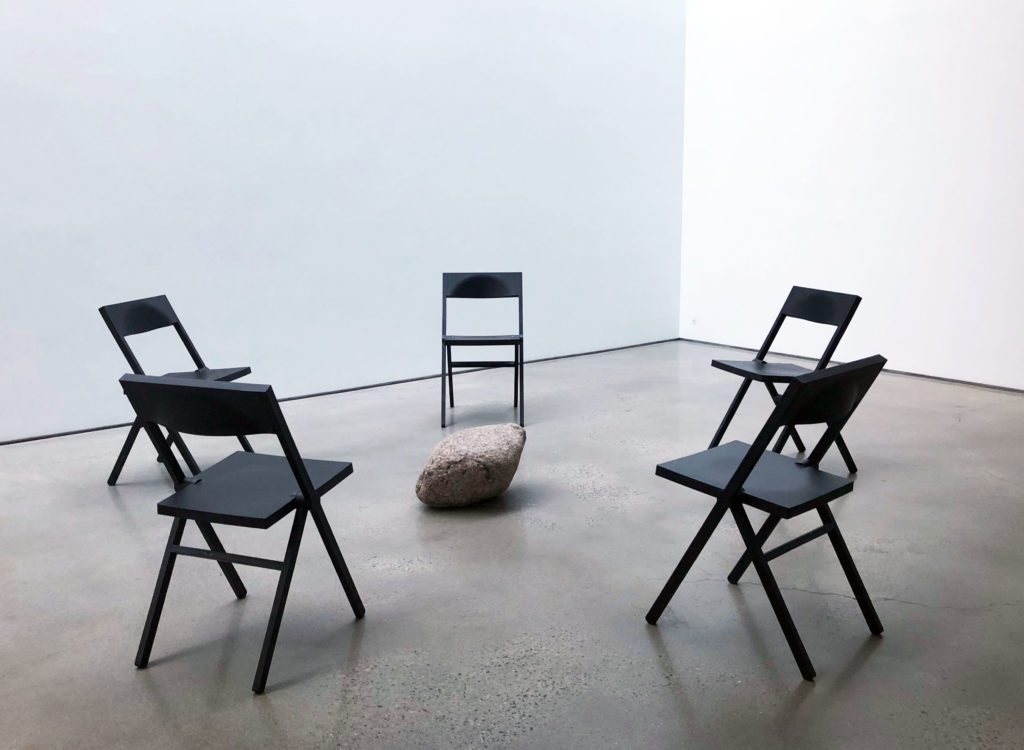 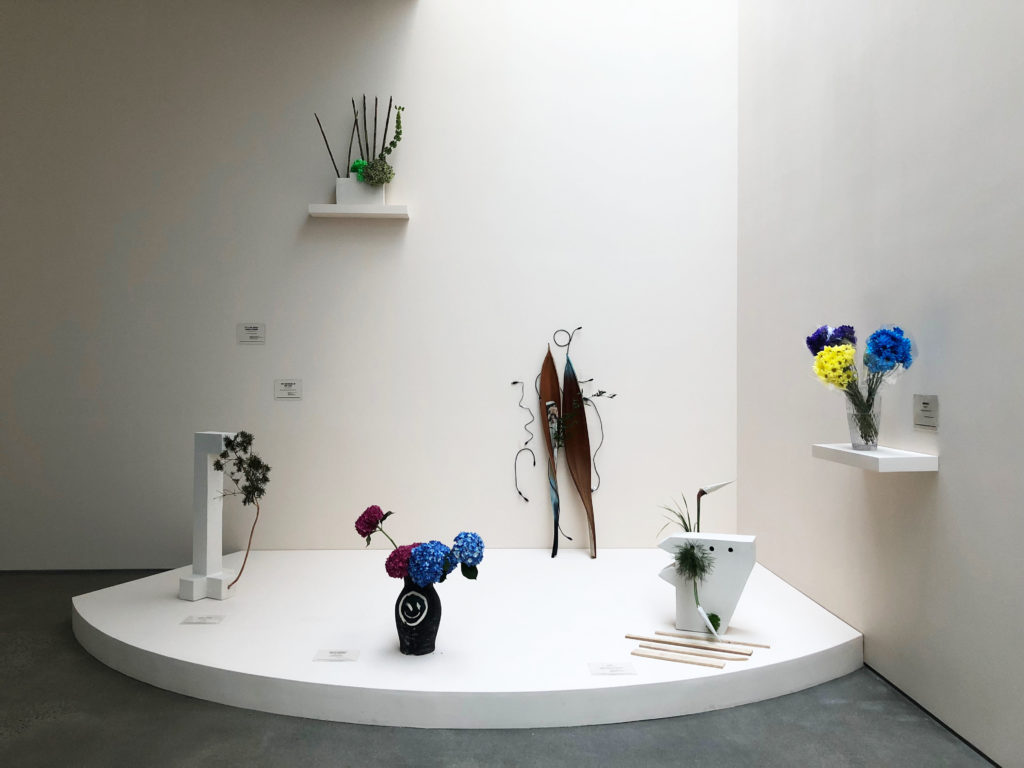