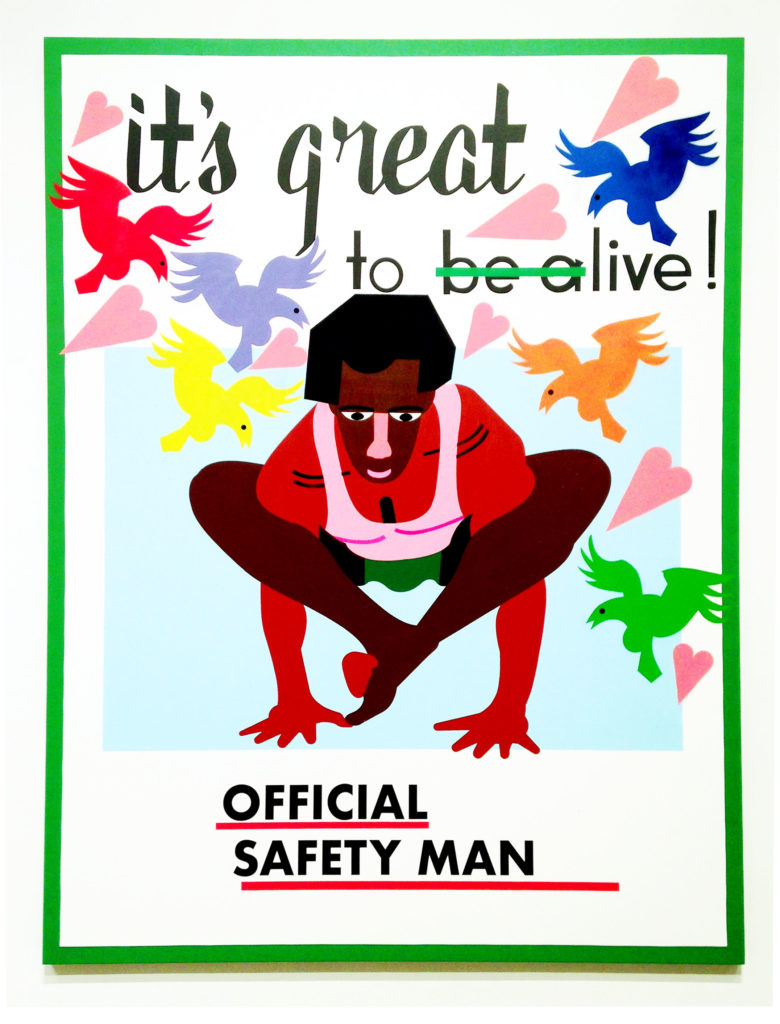 Nina Chanel Abney’s In the Land Without Feelings (2017) from her 2017 exhibition Safe House at Mary Boone Gallery in collaboration with Jack Shainman Gallery.

Safe House is so termed for being a place of refuge. It is also a phrase used more colloquially as a space where one escapes the dangers affiliated with the law. With these eight single-panel paintings, Abney invites us into a place of reprieve, showing us people partaking in everyday activities. Abney’s scenarios offer sincere portrayals that counter how black life is represented in the mainstream media. The decision intentionally explores black joy as a means of resistance.

A deeply accomplished artist associated with innovating history painting, Abney took a multipart strategy to reclaim a space for creativity for this exhibition. To begin, she sourced graphics from posters dating from the 1960s that addressed aspects of safety for occupation, home, and leisure, abstracted these, and made them grounds for large-scale compositions. Then, against this backdrop Abney painted figures, objects, and letters to articulate the complex dynamics of contemporary urban life. She unequivocally is in pursuit of a depiction of commonplace activities and things. With each intuitively developed composition, each element such as the figures is often obfuscated by another element such as text, which in turn is challenged by a direction, such as an arrow. The imagery is reminiscent of sign painting, and each move made by Abney necessitates another. This chain of forms turns each element over to a type of writing, which opens a narrative and its reception to many readings. The abstracted source material (safety posters), combined with the abounding narratives from the detailed scenes, returns us to the title of the exhibition. The phrase prompts us to ask directly or obliquely: What caution and care are these narratives invoking and advocating? What danger might not be readily apparent to the viewer here? 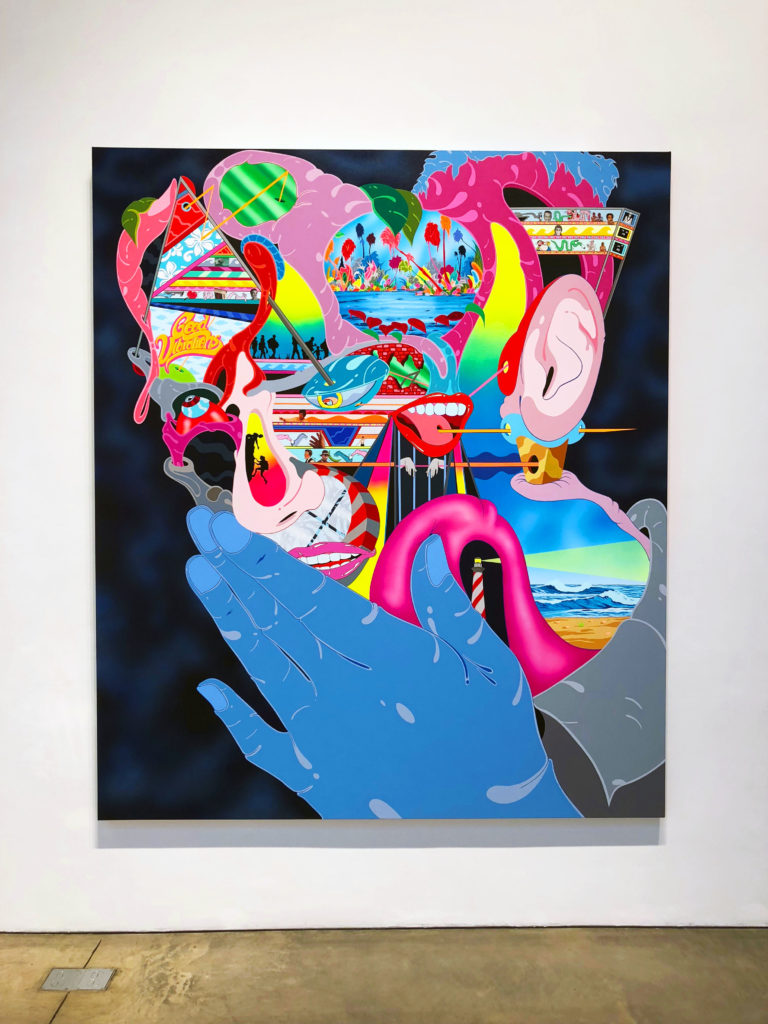 To keep these posts a little shorter, I have split them up into two parts. The following continues the list of Chelsea exhibitions. 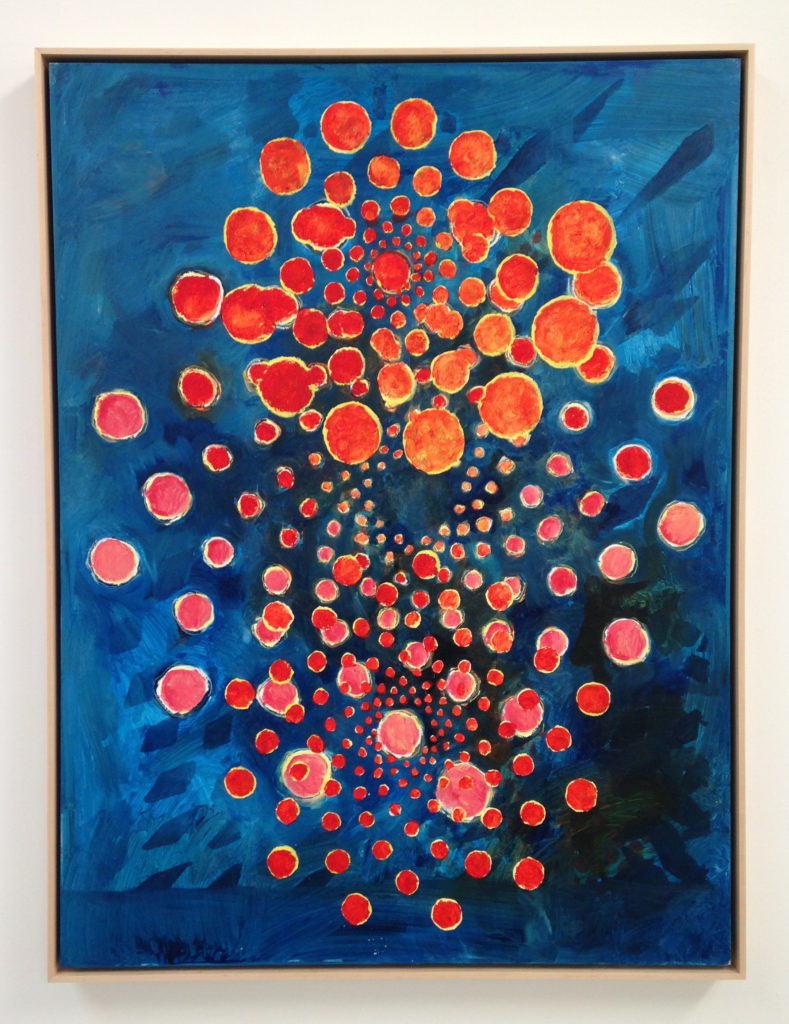 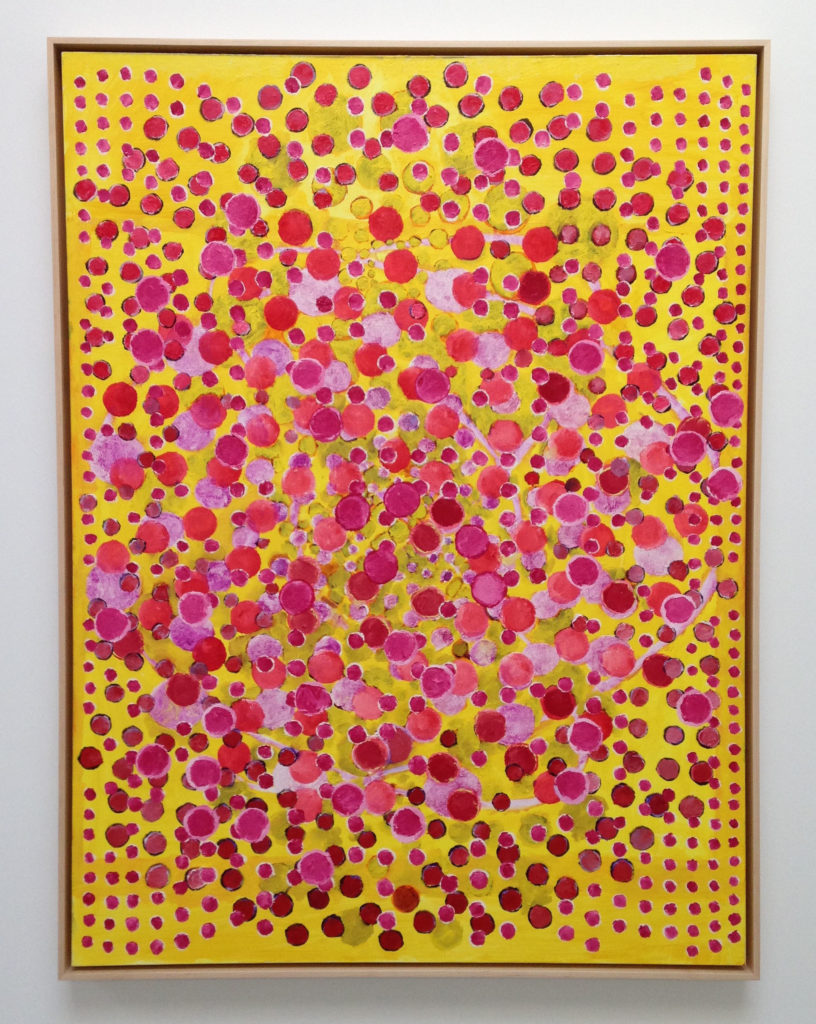 Terry Winters’ vibrant paintings at Matthew Marks Gallery are made up of layers of marks in oil, resin, and wax.

“These recent paintings are a series of accumulations,” Winters says. “There’s a range of paint application in terms of both material and technique. Each color is a marker, a stage of development. I’m moving across the surface, modulating the material in different ways. That inflection produces an amplification of colors, both physical and chemical. But color is basically wild and full of surprises.” 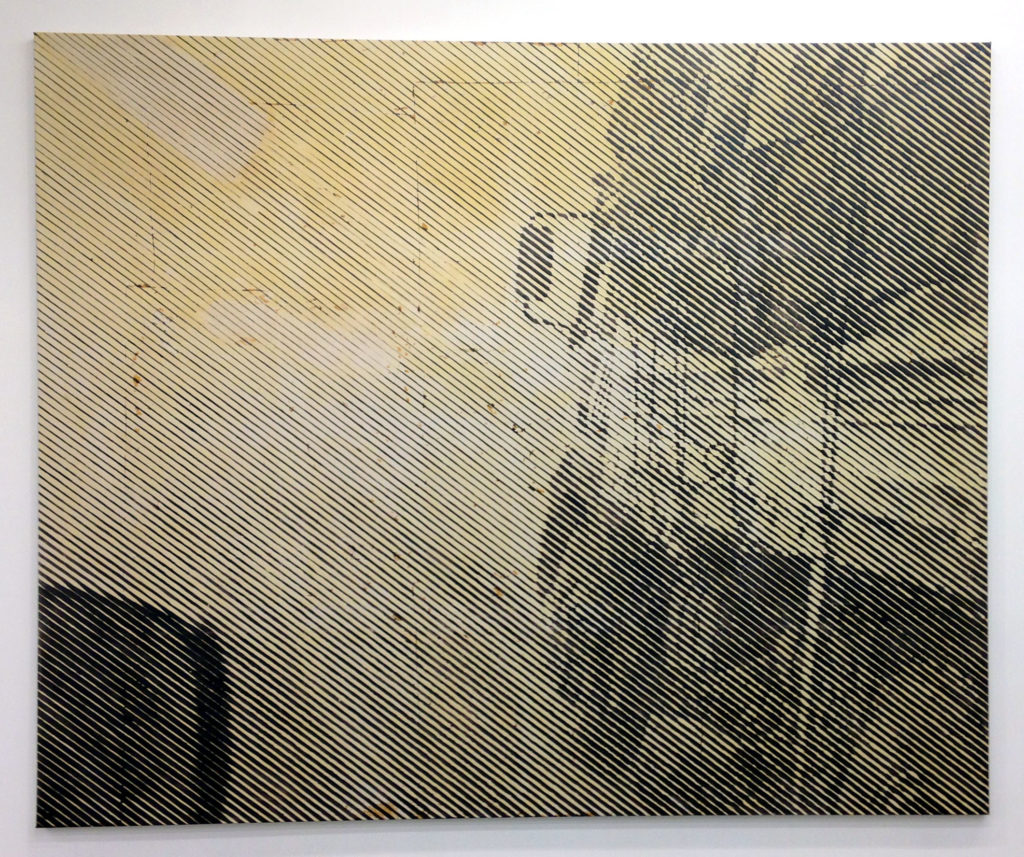 Pádraig Timoney’s work in The Deedle Eye, at Andrew Kreps Gallery, is a diverse combination of painting, photography, and installation.

Despite the visually distinct results, at the work’s core is a focused inquiry into the mechanics of images. Timoney conversely works in both directions – creating new images from abstractions (the captivating results of processes achieved in the studio), or rebuilding them part-by-part from photographs or observation. In each, he acknowledges the inherent flaws of these constructions, from the faultiness of recognition, the errors of translation, and further, the subjectivity of both viewers and the artist.

These in turn become generative openings in Timoney’s work as they are distanced from their original context. The images exist within thrilling, new visual constellations, allowing for the introduction of artifice and illusion, and the question of not only what they depict, but why? Each work records an index of decisions that determine its final state, materially and cognitively, displaying a history that is intentionally left open-ended. Figuration appears to hover only a hair away from abstraction, as if the movement of a line would cause one to collapse into the other. The narrowing of this gap suggests that the works’ initial disparate appearance may lead to an alternate understanding of their connections; a net that widens only to close anew, though what’s caught within it is left for the viewer to decide.

Also make sure to go to the space next door to see Klaus Weber’s sculpture Emergency Blanket. 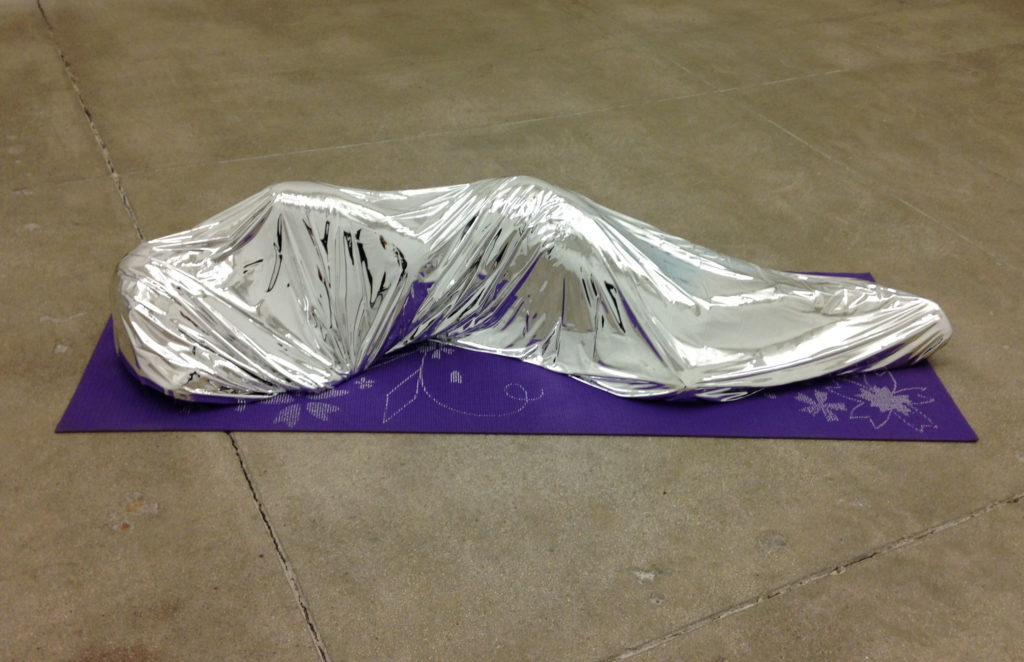 Ai Weiwei has four shows up in NYC right now. Two of which are in Chelsea, at Mary Boone Gallery and Lisson Gallery, one is at the Mary Boone Gallery uptown, and one is at Deitch Projects in SoHo. Mary Boone Gallery and Lisson are both showing Weiwei’s Roots and Branches work, which includes large scale sections of dead trees, sometimes like the one seen below in cast iron at Lisson, and a 25 foot sculpture made up of tree parts bolted together. The uptown gallery includes a circle made up of 40,000 spouts broken off from Chinese teapots. Deitch Projects gallery has Laundromat, in which Weiwei has arranged items of clothing left behind by Syrian refugees (after they were forced to leave camps near the border of Greece) that he collected and laundered. 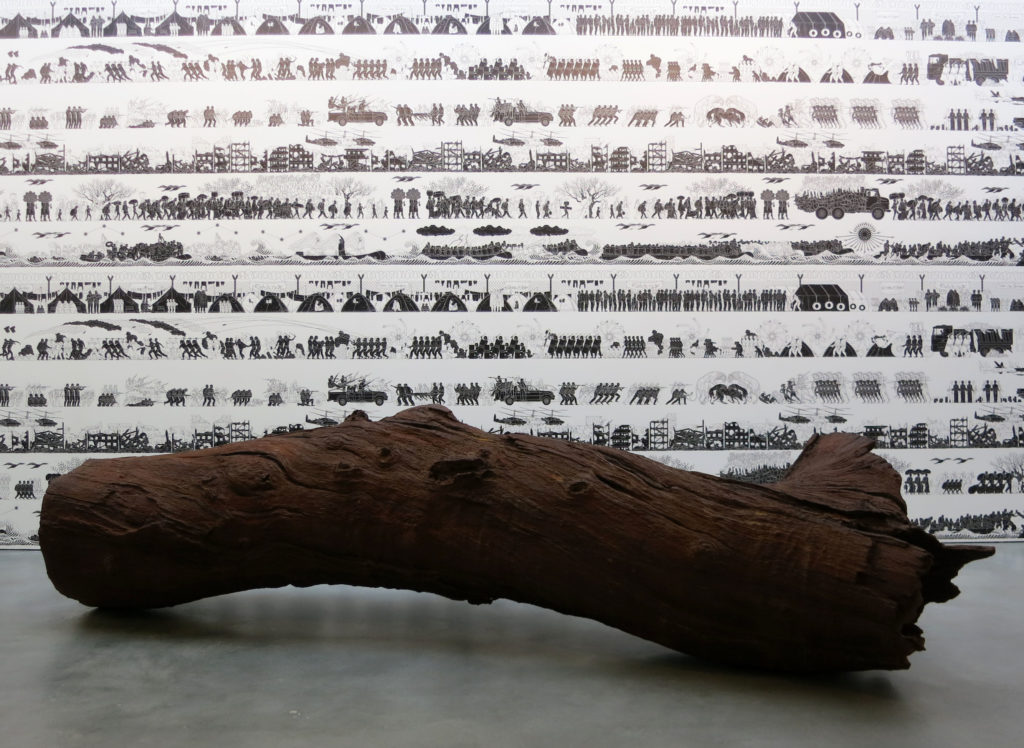