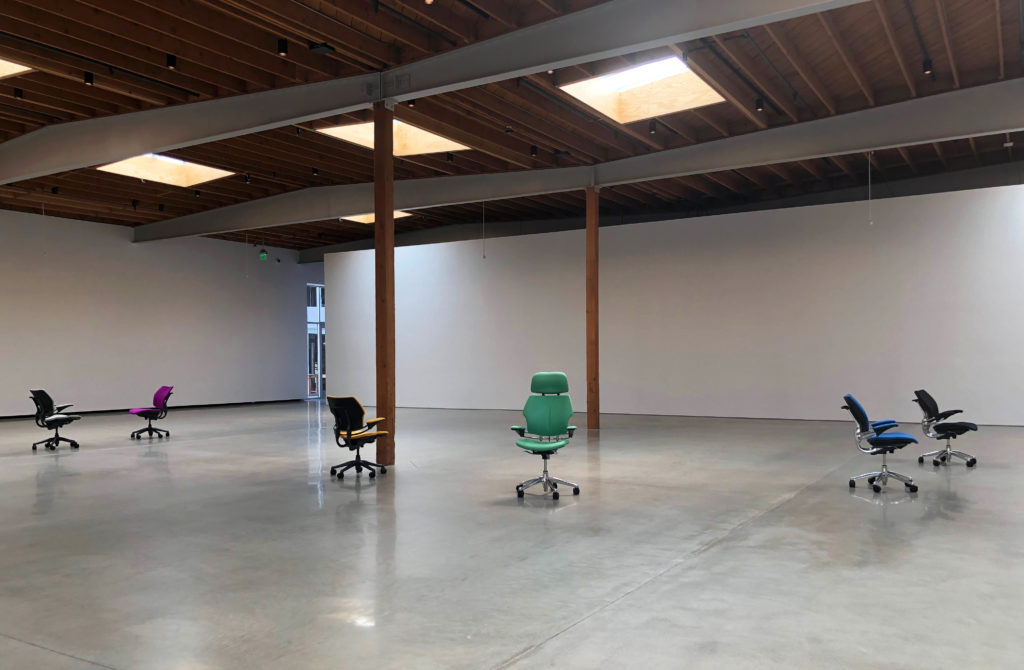 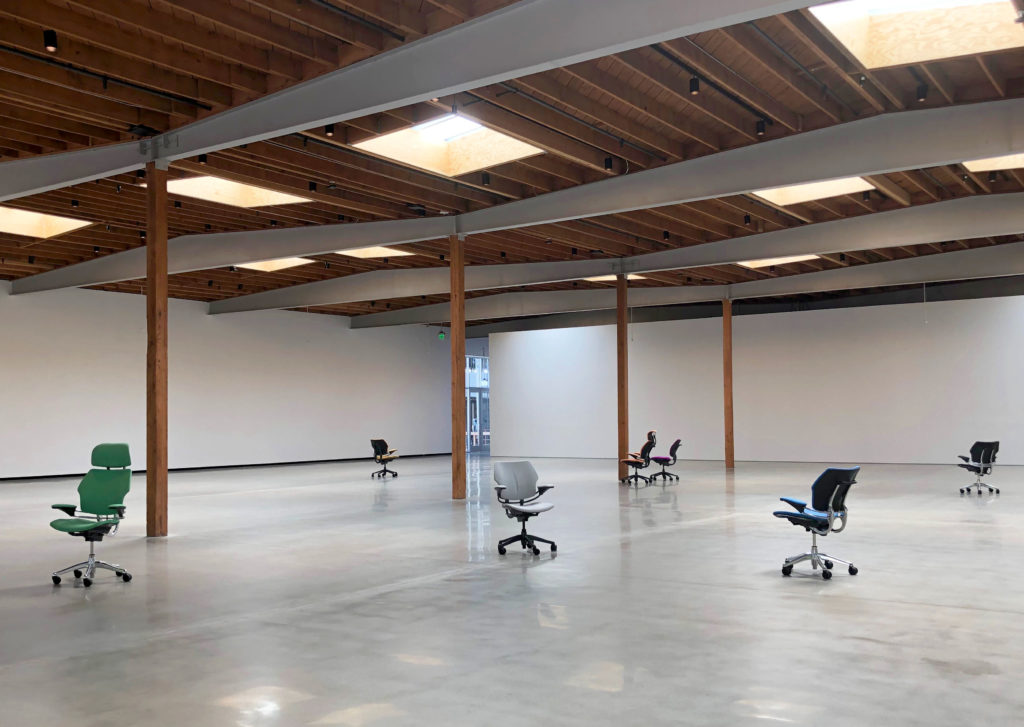 It’s not often an art show comes along where you wish there were more people in the gallery, but going to see Urs Fischer: PLAY at Jeffrey Deitch in Los Angeles was one of them. When you first walk into the large space filled only with office chairs, you notice them moving but in ways you might not expect- if you expect office chairs to be moving on their own in the first place.

The chairs are controlled by artificial intelligence that determines and learns from each encounter. Even alone in the gallery, it was delightful to watch the chairs interact with each other and then myself as I walked around. They come close to you and each other. They spin and travel together or seem to interact one by one. When others entered the gallery they change their movement again, seemingly without any set pattern. At one point I watched one of the chairs move all the way to the desk by the entrance, a space that seemed like it would be out of bounds.

Urs Fischer is quoted in the press release saying- “despite the complexity of the parts, the exhibition as a whole is pretty simple. It’s about what you, the viewer, project onto it. It’s not about chairs, it’s about humans.” This is what makes the show so fascinating, it is almost impossible not to anthropomorphize the chairs and their interactions.

PLAY, conceived of by Urs Fischer with choreography by Madeline Hollander, runs through June 15th.