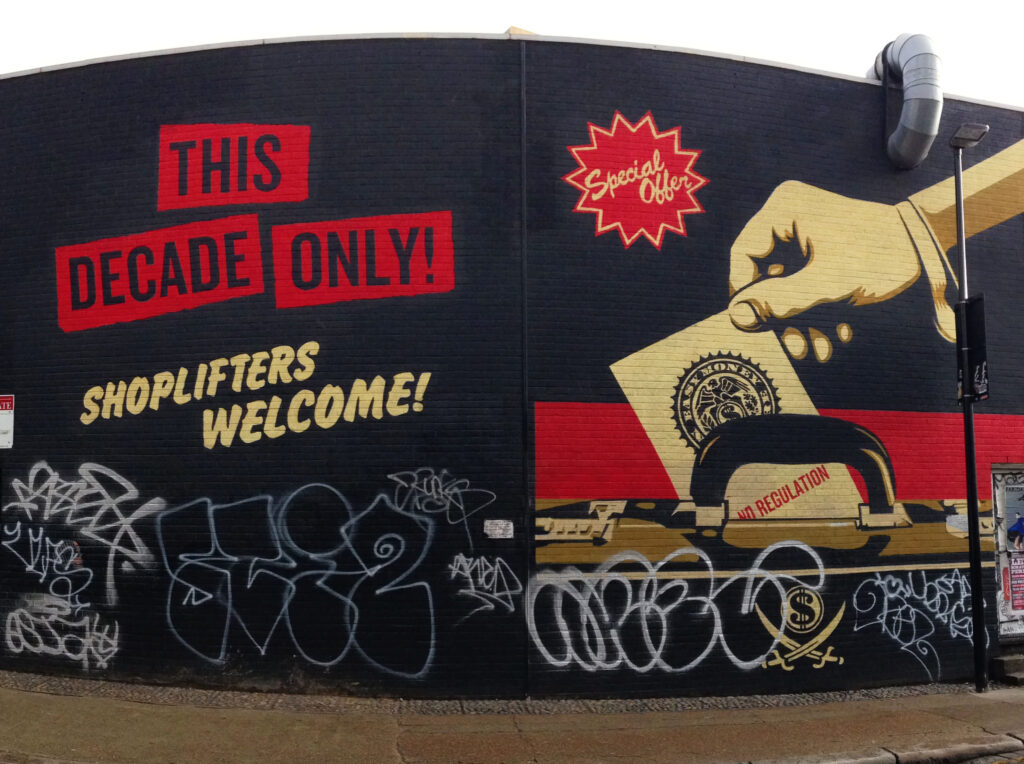 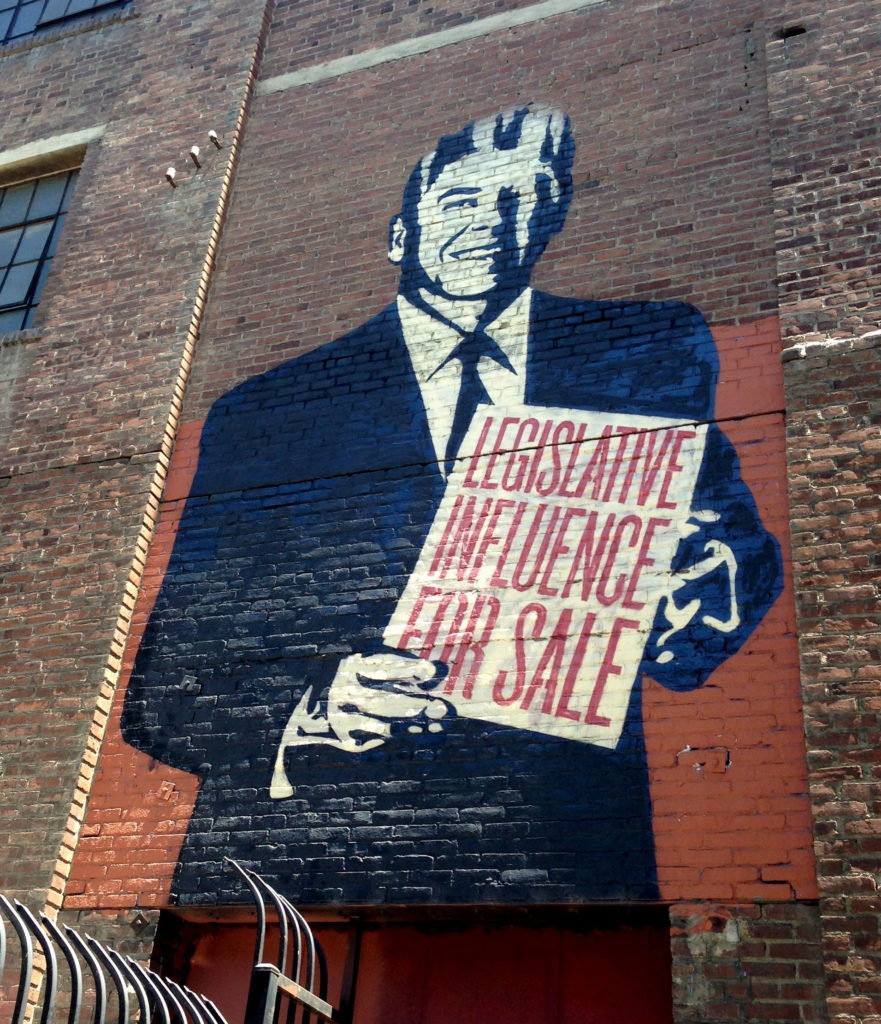 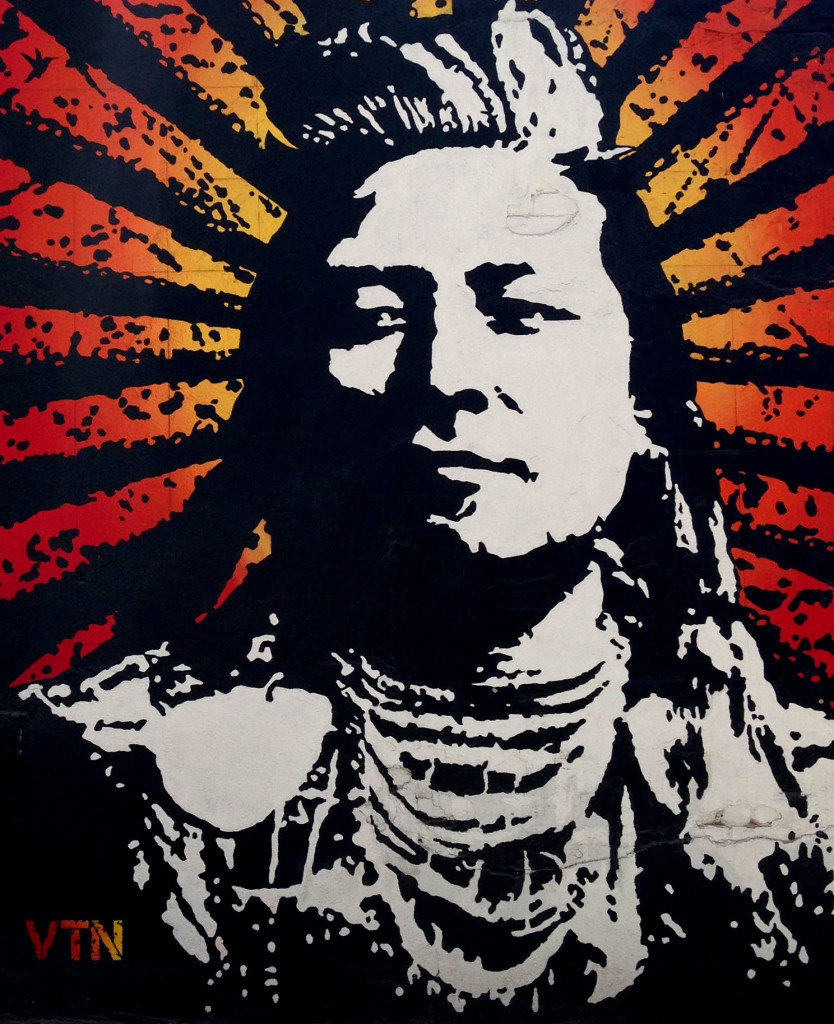 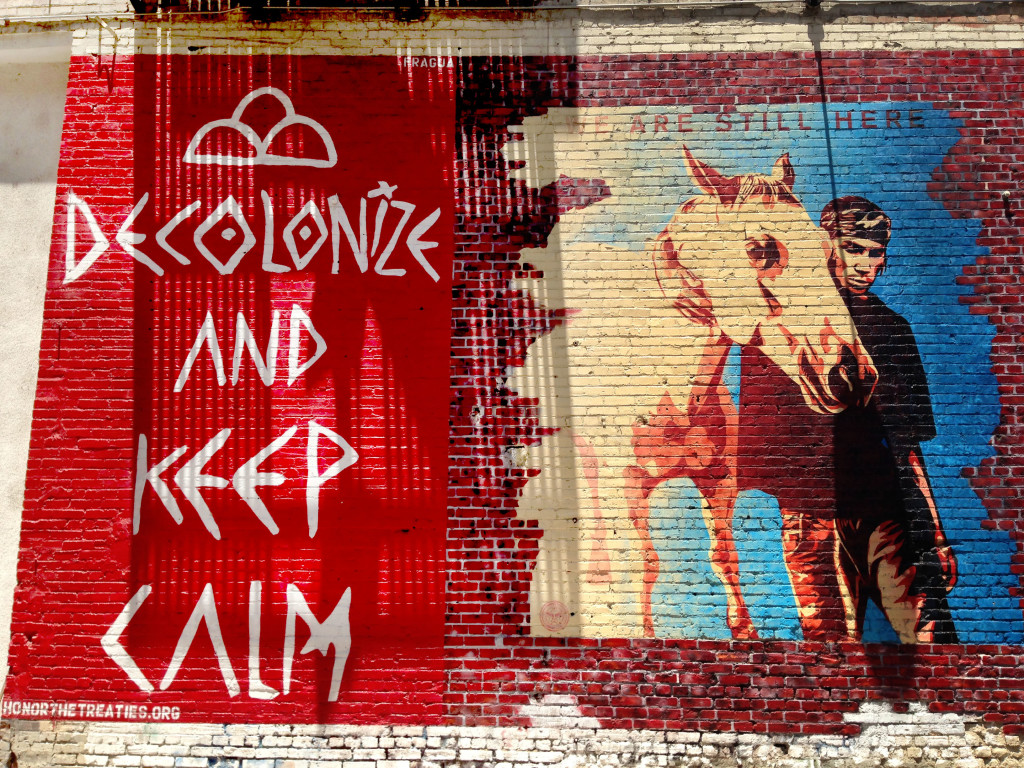 In downtown Los Angeles off of Winston Street is Werdin Place, unofficially known as Indian Alley.  From the 1970s to 1990s, the building adjacent to the alley, 118 Winston, housed the United American Indian Involvement Center which aided Los Angeles’ Native American population, which at the time was one of the largest in the country.

In recent years, several street artists have painted murals in the alley that recognize its history, including images of famous Native Americans like Chief Plenty Coups (pictured above), Toypurina, and Quanah Parker. The creation of this project is due in large part to the hard work of the current resident of 118 Winston, Stephen Zeigler, who organized the artists for the project, and who along with his wife Jodi owns the gallery and store These Days, located in the building. He also coordinates other street art projects in the area, including the painted utility boxes located around Winston that were done by a group of artists known collectively as Winston Death Squad.

Although there is a gate on both sides of the alley, Ziegler is often there to let you in and even give you some information about its history while you check it out. Definitely a great way to see a bit of Los Angeles’ street art and learn about an important part of its interesting past.

-This article on Stephen Zeigler is really good- http://www.neontommy.com/news/2014/05/downtown-artists-paint-change-skid-row

-The LA Times did a profile on Indian Alley last year- http://www.latimes.com/local/la-me-indian-alley-20140629-story.html

-This article has a time lapse video of the artist Votan painting the Chief Plenty Coups mural in the alley (seen above)- http://indiancountrytodaymedianetwork.com/2014/02/11/watch-time-lapse-video-plenty-coups-mural-las-indian-alley-153513

Also worth checking out- Jaque Fragua, who painted the left half of the above collaboration with Shepard Fairey, is part of the artists team in the organization Honor The Treaties (Fairey is involved as well) which combines art and advocacy to give voice to the issues facing Native Americans- http://www.honorthetreaties.org/#p2,s4 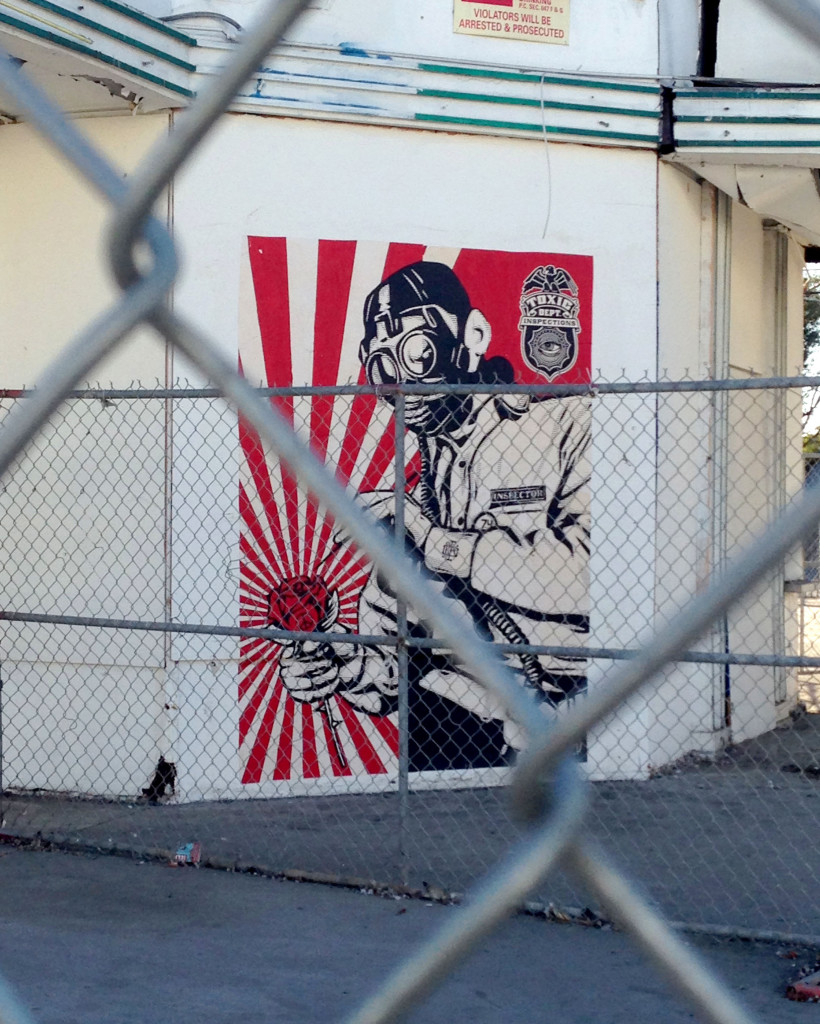 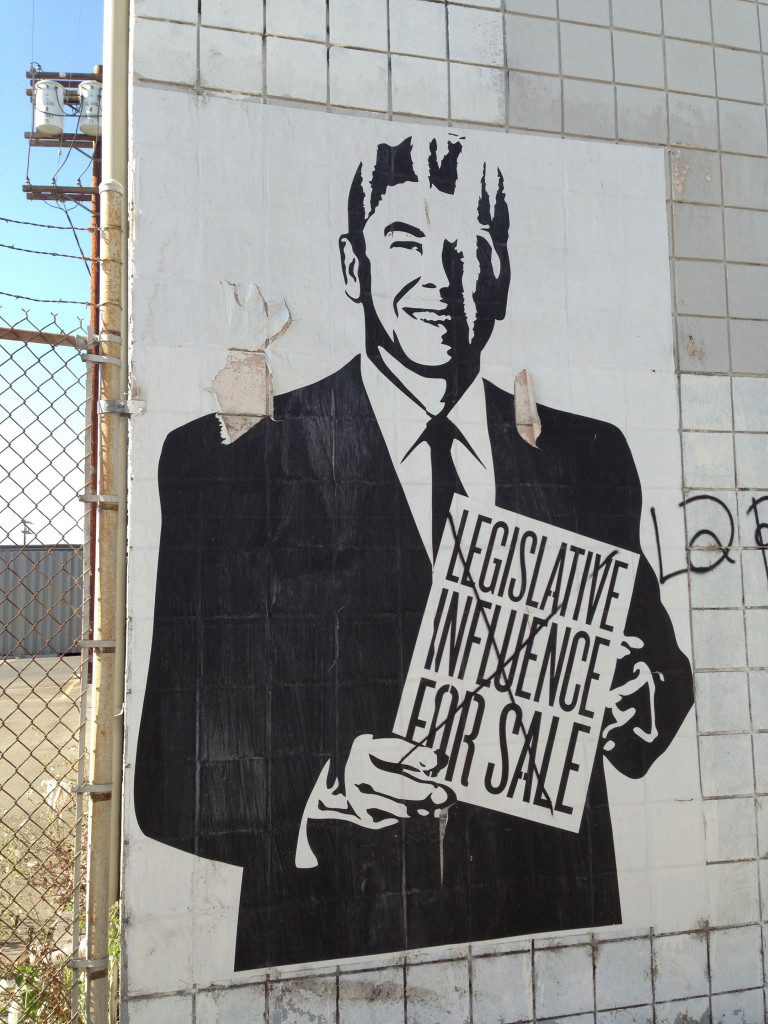