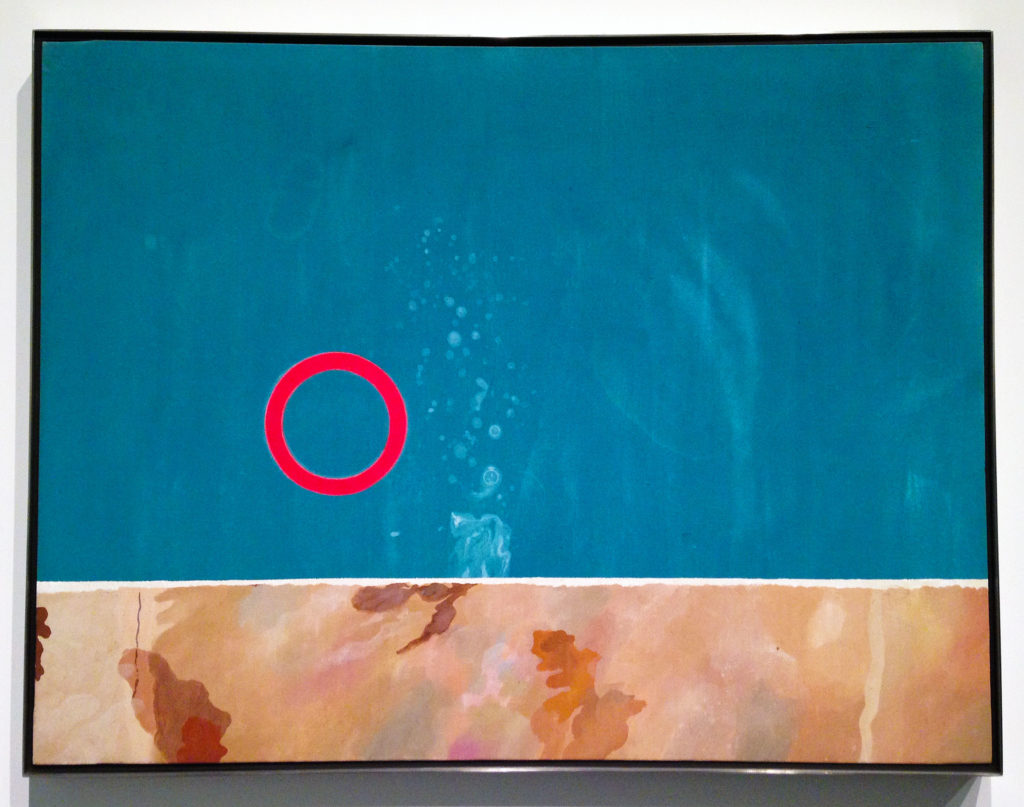 Pictured above is David Hockney’s Rubber Ring Floating in a Swimming Pool (1971), from his excellent exhibition at the Metropolitan Museum of Art in 2018.

From the show’s wall caption-

Hockney was impressed with how a photograph he had taken of a red pool toy floating in the water in Cadaqués, Spain looked nearly abstract, “like a Max Ernst,” he said. “I thought, it’s marvelous, I could just paint it.” He pointed out later that while the picture may look completely abstract at first glance, once the viewer reads its title, the work changes completely.

The Met has a lot of great online programming due to the closures for COVID-19, including virtual tours of iconic spaces in the museum and their current exhibitions; talks, performances, and concerts; over 500 free books; art instructions; six seasons of The Artist Project- short videos from contemporary artists discussing art that inspires them; coloring pages; a full length feature documentary film on Gerhard Richter (he has an exhibition currently at The Met Breuer) and more. 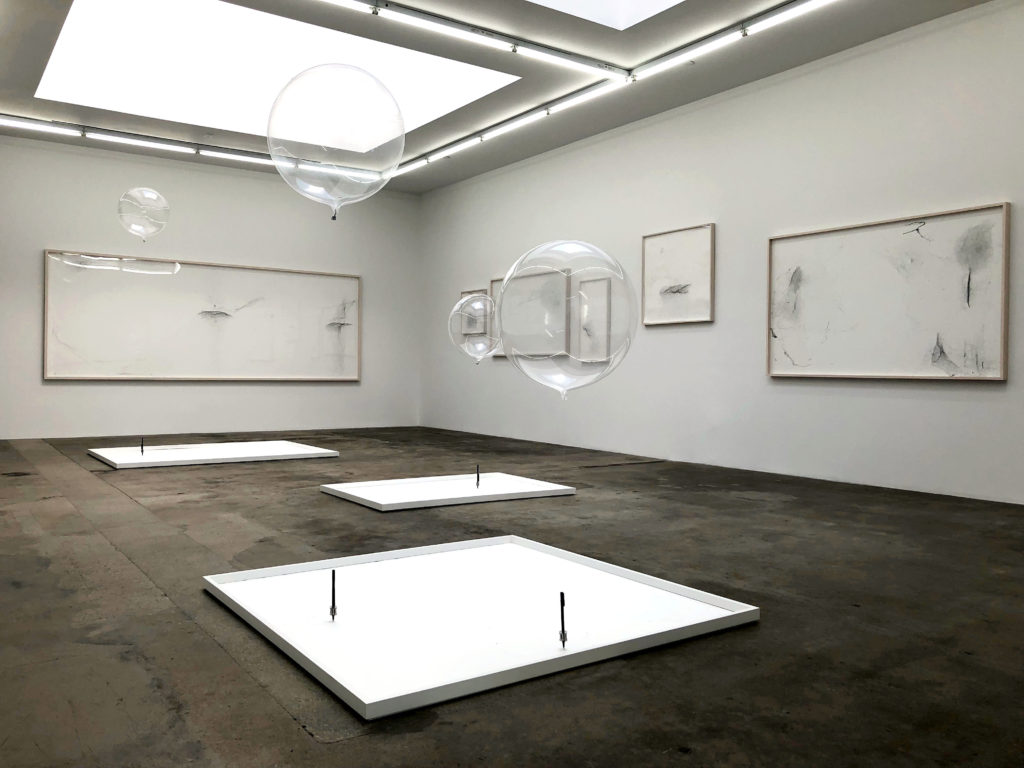 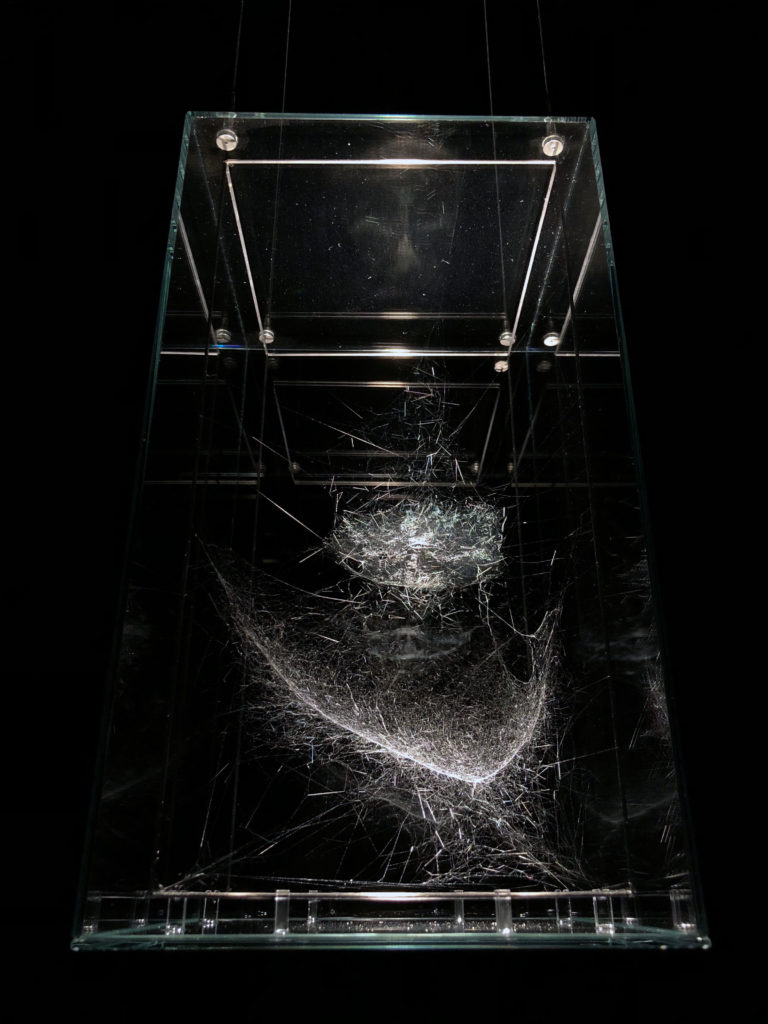 What are the webs within our own lives? How are we connected to others? What is seen and not seen in our world? How do we function within our environment? What is created without our even noticing?

Tomás Saraceno’s current exhibition at Tanya Bonakdar Gallery in Hollywood, his first ever solo exhibition in Los Angeles, explores these ideas through the intersection of science and art. In one room, balloons drag pens to create drawings from the air and movements of those who wander through. Spider webs (displayed without the spiders) play an important part in weaving together the themes of the exhibition. Made by different species of spider and dyed with carbon ink, they are in frames against the wall. Presented in another part of the gallery, in a dark room, they are spot lit creating beautiful three dimensional sculptures. In another room, in full darkness, they are lit by a slowly moving laser which highlights in red various sections of the webs as others fade away.

In the front room of the gallery is a sculpture that continues the artist’s Cloud Cities body of work (pictured below). Cloud Cities was shown on the rooftop of the Metropolitan Museum of Art in New York in 2012. 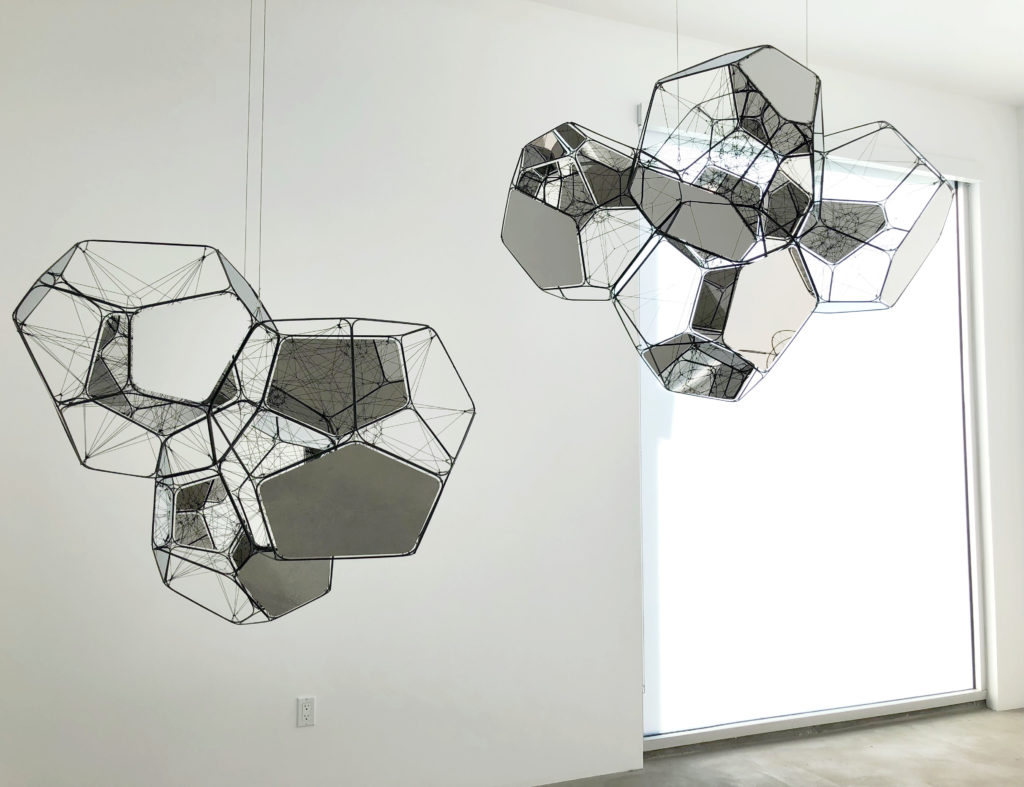 … Conceived and inspired by the geometries of soap bubbles, the cluster-like artworks are composed of a number of interconnected modules, some with web-like structures set within them, which form geometric constellations inspired by the Weaire-Phelan structure. The Cloud Cities project is intimately tied to and embodied in the Aerocene Foundation, a community that proposes an epoch free from fossil fuel emissions, which challenges socio-political atmospheres by trespassing and weaving new, much needed, aerographies.

Cloud Cities are fictional urban and socioscapes in such imagined post-Anthropocenic future. These sculptural assemblages whose interplay between being tethered to the Earth whilst inviting our gaze to the sky, are devoted to reimagining life in tune and in collaboration with the atmosphere. Indeed, with 102,465 planes and about 8.3 million people traversing the atmosphere every day, swarms of particulate matter crossing borders and billions of pounds of carbon dioxide produced by fossil fuel aerial transportation, there is an entire metropolis up in the air already, coming with a huge cost and carbon print. The elemental imaginaries of Cloud Cities and Aerocene epoch call to open up the boundaries of the Earth toward a new interplanetary ecology of practice. We can reconnect with elemental sources of energy and form a new set of values that would overcome the extractive economies of the fossil fuel regime – a new stratigraphy of the future. 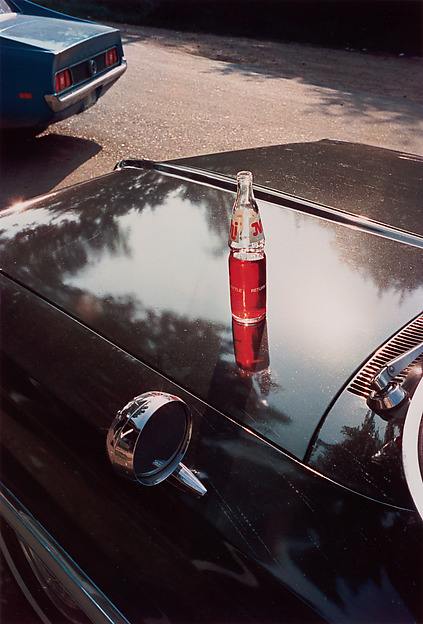 There are two great photography exhibitions happening in New York. William Eggleston’s Los Alamos, at The Metropolitan Museum of Art is comprised of seventy-five of his dye transfer prints from color negatives made between 1965 and 1974. The color in these images is incredible as is his ability to evoke feeling from work that is deceptive in its simplicity.  Enhancing the exhibition are a series of quotes from the artist located on various walls, which offer a glimpse into his process and philosophy. 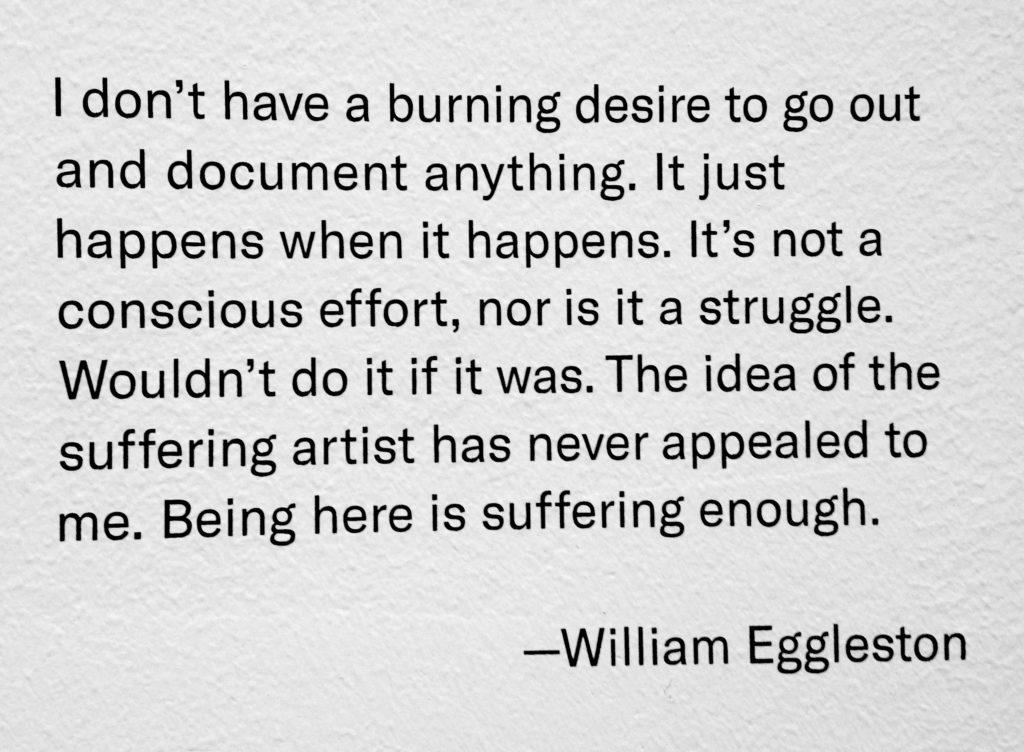 The Museum of Modern Art’s Stephen Shore exhibition includes work from his entire career- his start as a teenager meeting with Edward Steichen, time spent with Andy Warhol at The Factory, his large format images from around America, and finally his work in Israel and his current Instagram.  The body of work is impressive and where Eggleston’s work feels like it’s creating a dreamworld from the mundane, Shore’s work seems to present things as they are in true documentary form. Pictures of meals and hotel rooms force the viewer to look at things they usually take for granted in a new way. Not to say that there aren’t images like the large format work, that present an idealistic beauty. Also included, and especially charming, are his stereographs- presented at a small table the images become three dimensional as you peer through the viewer. 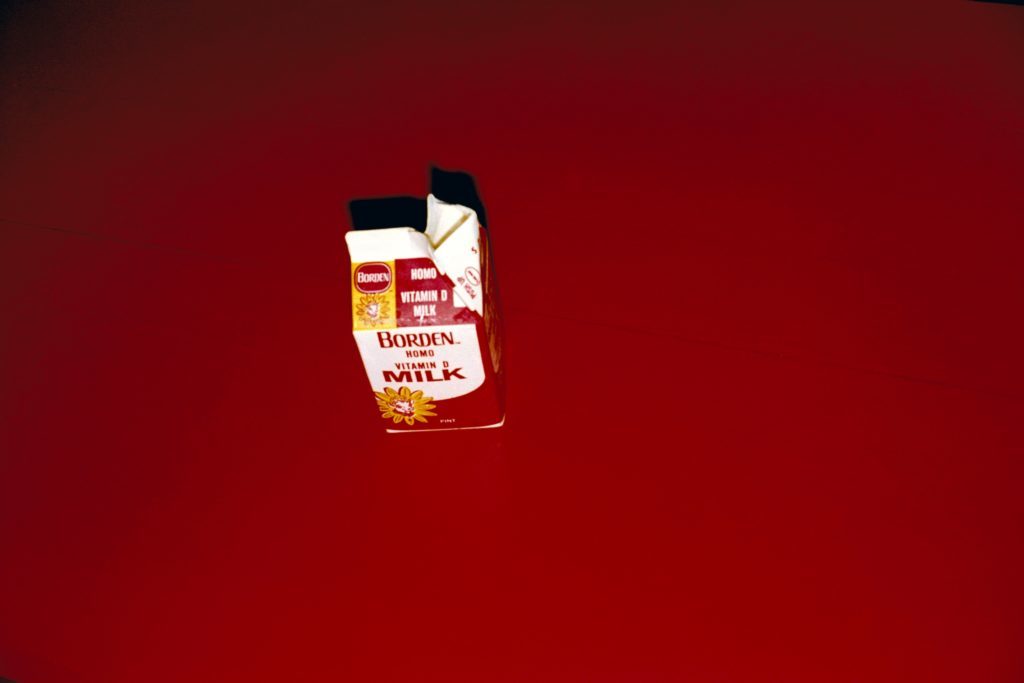 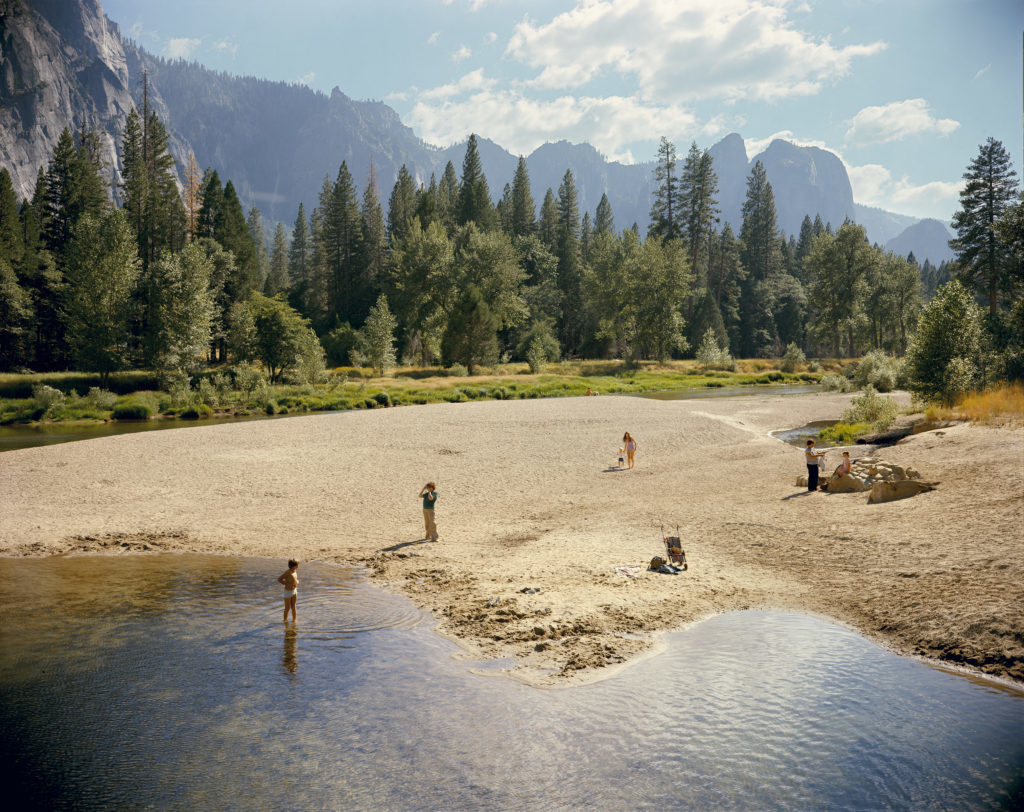