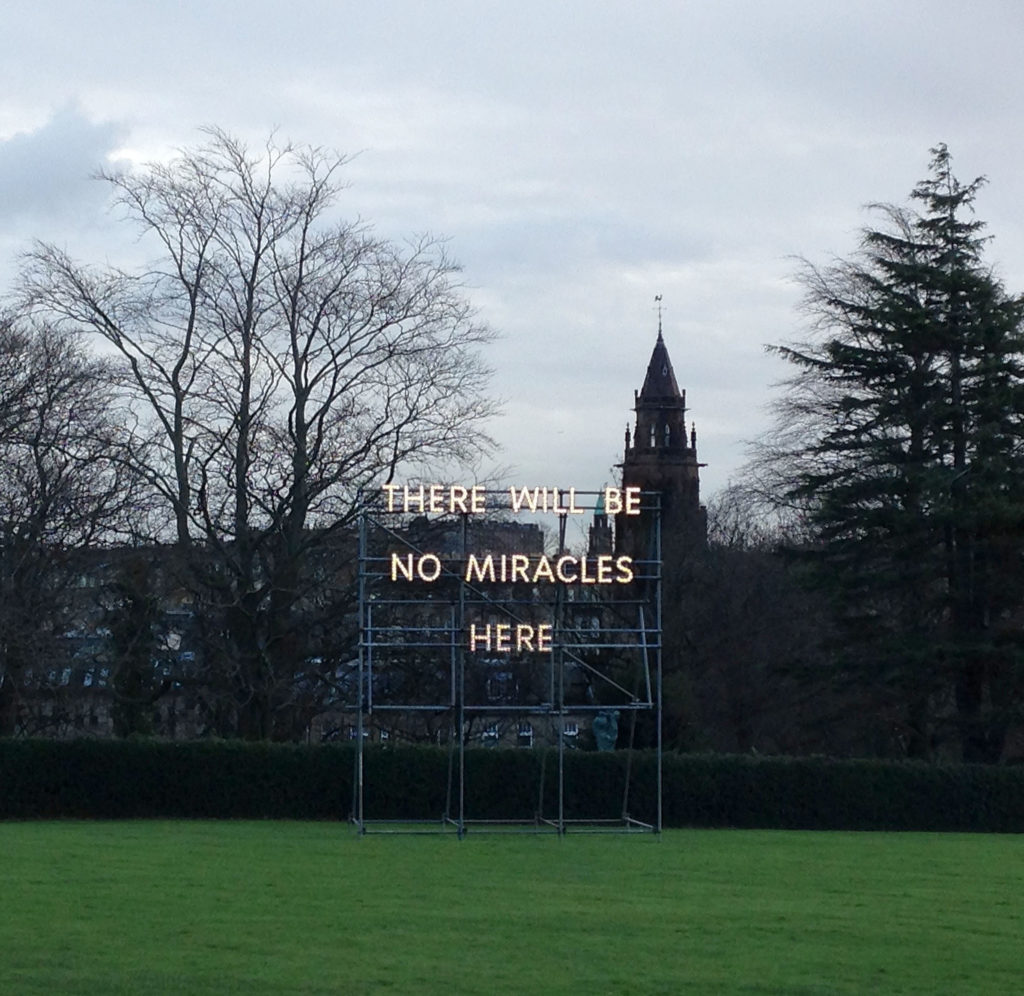 This work by Scottish artist Nathan Coley is located outside the Scottish National Gallery of Modern Art in Edinburgh.

This outdoor work by Nathan Coley proposes, on a scaffolding support six metres high in illuminated text, ‘There Will Be No Miracles Here’. This originates from a project in which Coley posted a series of public announcements around the town of Stirling. One included these words, taken from a seventeenth-century royal proclamation made in a French town believed to have been the frequent site of miracles. Coley’s practice is based in an interest in public space, and how systems of personal, social, religious and political belief structure our towns and cities, and thereby ourselves.

A Brief History of John Baldessari (narrated by Tom Waits)

American conceptual artist John Baldessari passed away last week on January 2, 2020 at the age of 88. 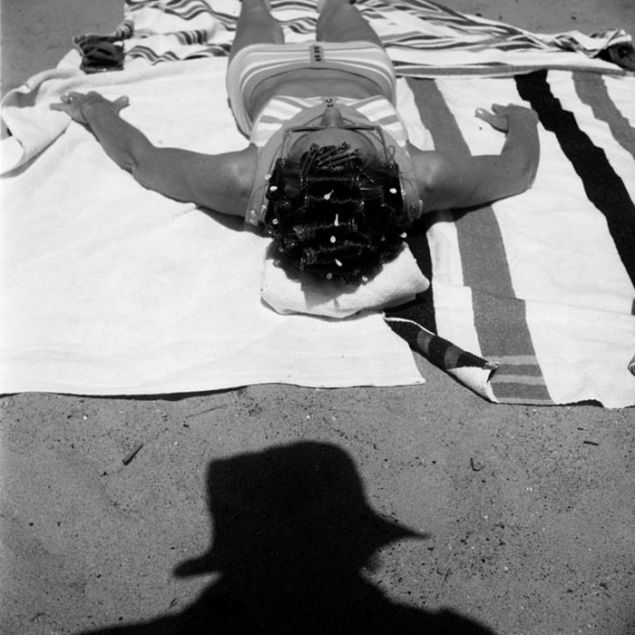 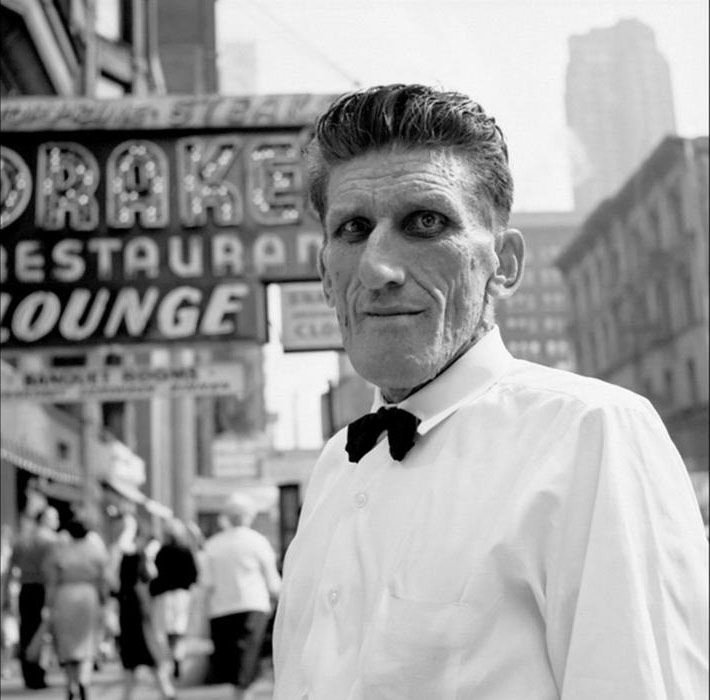 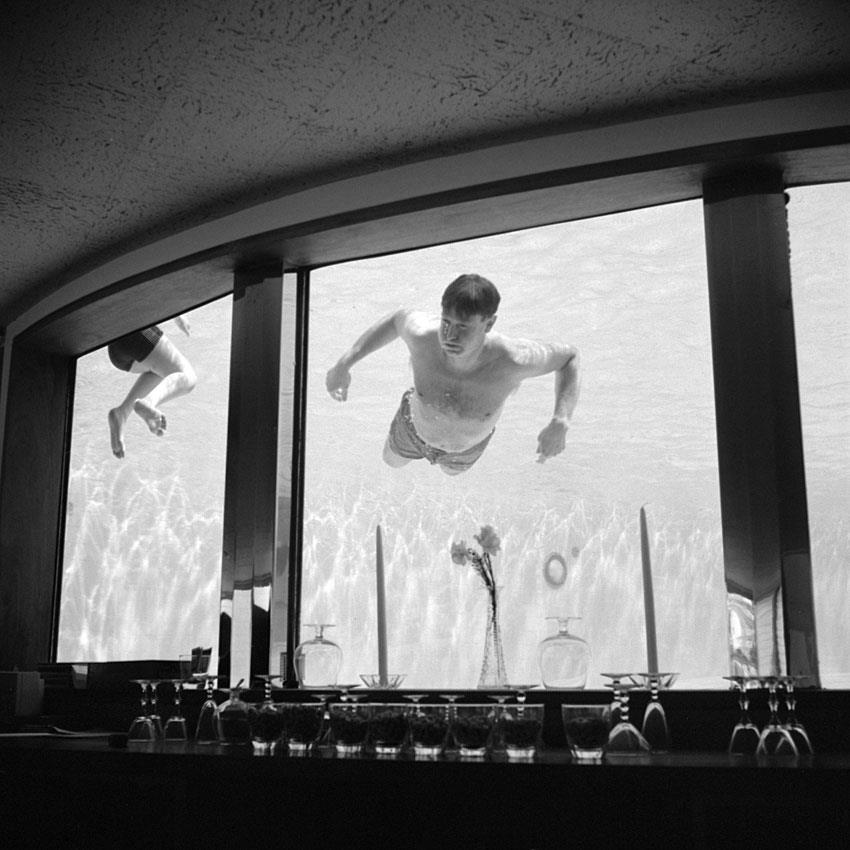 I first discovered Vivian Maier’s work at photoLA in 2012 and was surprised to have never heard of her.  Amazingly, despite the quality of her work, she was only discovered, posthumously, after a man named John Maloof bought a box of old negatives for $400 dollars at an auction in 2007 and began looking through them. He then acquired more of her work from the same buyer. Later he would discover that Maier had worked as a nanny for over 40 years in Chicago and had taken over 100,000 photos.

Merry Karnowsky Gallery is currently showing part of the collection (a little over a hundred images) including some of her self portraits and color work. This show is open until Saturday, 1/25.

You can also check out her work online at http://www.vivianmaier.com/

There is also a documentary coming to theaters in March called Finding Vivian Maier– http://www.findingvivianmaier.com/Finding_Vivian_Maier/Movie.html

Triumphs Over Trauma: The Scar Prints of Ted Meyer

At the Brewery Art Walk, Ted Meyer’s series “Scarred for Life”, is one that always draws a crowd. His images of the scars, the people who have them, and their stories, are fascinating.  The video above shows his process and his personal connection to the subject. It also focuses on one of his models, an Iraq war veteran, who shares his experience dealing with his own scars.